Who doesn’t like a good scare? It’s almost time for spoopy season once again, my friends. And, what better way to celebrate than checking out the best in indie horror games? It goes without saying, but the internet has become a haven for fans of the genre. Since Five Nights at Freddy’s jump-scared the market, and before then with games like Slender: the Eight Pages, the ‘net has been rife with the fear-minded.

Today, as we prepare for All Hallow’s Eve, let’s take a brief look at ten increasingly spoopy games you can play without breaking the bank. In most of these cases, they’re totally and legitimately free. In others, they’re — at the very least — decently priced. Let’s not waste any more time and jump right into our list.

The Salvation Project, developed by Lenat_1 on itch.io, is rooted in the Satanic Panic of the 1980s and 90s. In the game, players control a single mother who lives — and dies — by the words of a discount muppet named Seth, the host of a religious program called The Salvation Project. Seth is oddly fixated on helping this mother to safeguard her home from the looming threat of Satanism, to a suspicious degree.

It’s up to you to confiscate Satanic items from your child’s bedroom, keep the lights on throughout the house, and board up the windows! And don’t mind the demons skulking around inside your house …

In No Players Online, you’re thrown into an abandoned first-person shooter, and are left to play Capture the Flag like it was Solitaire — alone. But, are we ever truly alone? I will leave it at that, as the charm of No Players Online is rooted in experiencing its story without outside information.

In The Building 71 Incident, you play as an unnamed character infiltrating a building closed due to “gas leaks,” only to find that it’s been inhabited by a cult. This is not the kind of game you’d be interested in if you’re looking for overt jumpscares. Its usage of ambient and implied horror puts this one in a league of its own. I was very interested in whether this was — at least partially — inspired by the horror webseries “Local 58,” but as of writing, there’s no concrete evidence one way or another.

It’s not exactly a new idea to cross sickeningly sweet visuals with abject horror. But, when done correctly, the possibilities are endless. In Bonnie’s Bakery, a large majority of the game is composed of sequences where players must serve pastries to woodland animals, akin to experiences like Diner Dash. But, halfway through, things take a dark turn, and the game becomes a first-person survival horror title. I’ll leave out the specific details, but know that this one has a jarring — and somewhat difficult — heel turn.

I never would’ve imagined a Roblox experience would’ve landed on this list, but here we are. In the first-person survival horror Apeirophobia, players are thrown — head-first — into the Backrooms. What’s more, the skill and strategy needed to progress past some of these levels is astronomical. I applaud — and scream at — the developers for including a first-person platforming level in a survival horror game, which was incidentally the most difficult level. That said, give Apeirophobia a try. I think you’ll dig it.

What would you do if you stumbled upon someone’s cell phone, but they were nowhere to be found? In SIMULACRA, this is the premise. You have found a cell phone belonging to a missing person, and you must use the clues found therein to find out what happened to them. Analyze their photos, send texts to their friends, and retrace their steps in an effort to solve this mystery and, hopefully, live to tell the tale.

In Therapy with Dr. Albert Krueger, you play as Taylor Lee, who has found themself attending a therapy session with the enigmatic (and possibly psychopathic) Dr. Albert Krueger. It’s a simple, but stylish, visual novel that has several moments that’ll leave you unnerved.

Doki Doki Literature Club is the very definition of a viral masterpiece. In fact, I would be willing to bet that you’ve at least heard about it in passing. If not, your best bet is to go in blind — do not read any more, lest you ruin one of the biggest and most disturbing gaming experiences for yourself.

In Doki Doki Literature Club, you play as an unnamed (presumably) male high school student who is begged by his childhood friend Sayori to join the literature club at their school. Reluctantly, he decides to join, and he encounters fellow members Yuri, Natsuki, and Monika. But, nothing is quite as it seems in the literature club, and soon enough the line between the player character and the player vanishes altogether.

It’s kind of amazing how a game can make you feel uneasy, yet still tug at your heartstrings. In Buddy Simulator 1984, it does just that — and more. In this somewhat short, yet wholly compelling story, you play as … yourself. In the beginning, the game presents itself as a simple MS-DOS game with an AI that seems almost sentient. In due time, the AI remodels the game into a text-based adventure, then into a top-down, black-and-white experience, then into a 2.5-D RPG, and finally into a first-person game akin to the Elder Scrolls: Arena. It is a haunting, yet beautiful love letter to the bygone eras of gaming.

I don’t think I will ever play a game quite like OMORI again. It’s a simplistic, yet profound, top-down RPG akin to Undertale, though, where that game ends on a sad, yet hopeful note, OMORI makes you sit in the grief and sadness that comes with accepting responsibility for ones actions.

OMORI follows … well … to avoid spoilers, let’s just say it follows OMORI as they explore an enigmatic world known as Headspace in search of their missing friend, Basil. It manifests as a traditional, turn-based RPG, so you can imagine there will be plenty of grinding. You may be wondering how OMORI landed at the top of a list of indie horror games, and unfortunately, I can’t say much about that except … give it a shot. It is one of the most memorable games in recent memory for me, and that’s all I’ll say about that.

Related: How to Get All Endings in OMORI 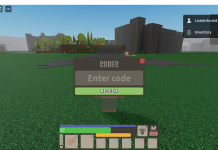 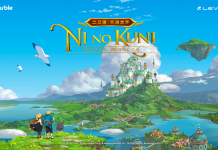 Mayfair Witches Confirmed to Not Include Major Book Character Yet