When it comes to gaming franchises, arguably, there is no such one as big as Call of Duty. A franchise to continues to test the waters, innovating over each iteration with changes to gunplay, movement, and aesthetics, though keeping the core mechanics alive, no two are ever really the same. And that’s what players

And with the ongoing Call of Duty: Modern Warfare 2 Open Beta live for the past week, we’ve had quite a bit of time to dive into and check out what the series has to offer this time around. Having got the chance to see everything that this large Open Beta has to offer, I am more hyped than ever before to jump into a Call of Duty game, and here are the top 5 best things about it.

The 5 Best Things About The Modern Warfare 2 Beta

When it comes to Betas for a lot of games these days, unless an early access title, it’s slim pickings as developers and publishers don’t want to give too much away. Though, the Modern Warfare 2 Open Beta is the exception, as this Beta has a ton of meat on its bones. This Open Beta is not afraid at all to show players what they can expect at the game’s full launch, giving us just enough to keep our stomachs full until that time comes.

There are 5 things though that I’ve gotten from this Beta that just makes me feel very excited about how well Modern Warfare 2 is going to perform at launch. There have been some in-game bugs, though minimal. What I’m really talking about though is how the developers were able to pull off the fact that this game already feels very different from anything they’ve put out, including Modern Warfare (2019). So let’s talk about what I loved about it.

The first thing you’re going to feel, right off the bat, is that movement is better overall. Your character feels heavier, moving at the pace you’d expect them to. They also move a bit slower when trying to mantle walls as well. It makes things feel more realistic, though doesn’t take away from that fast-paced Call of Duty combat, as it’s balanced across the board, even with guns.

Additionally, you also now have the ability to not only slide, but dolphin dive, yet again. It’s the options and choices that this game allows you to now have that really make you feel like you’re in control. And the gameplay feels more varied because of it. Each of these moves is also slowed a bit, as you can’t cancel a slide once you’ve committed to it, and it’ll take you a moment to get back up once you’ve dolphin-dived.

Even just climbing up ladders and moving around buildings, jumping out windows, it’s just really clean now. Though the movement is differently paced, it all still kind of moves fast and you’ll still have to be on your feet. It just seems different though.

Not to mention, quite possibly my favorite part about movement, the fact that you can now hang from ledges. This varies gameplay, even more, offering players a chance to jump from building to building, and even scope things out before making themselves known. I guess this game as a whole feels a lot more verticle than in recent Call of Duty titles, and I am absolutely here for it.

Gunplay in the Beta so far has felt incredibly smooth. The guns are varied, both feeling and sounding great. It retains that Call of Duty quality though everything seems like it’s all been tightened up. It definitely seems as if Infinity Ward actually put forth an effort to make guns more robust overall, as opposed to recycling previous work.

Trading shots in this game also feel quick and punchy. Like, you can feel the power behind your shots. I also think that the hectic feeling of being in a gunfight is also heightened to an extent that I’ve never really gotten in a Call of Duty title.

Though the Battlefield series is known for chaotic moments, Call of Duty has also been a bit more arcade-like. But here, it can be tense trading shots with enemies as your building fills up with shrapnel as your enemy pummels your building with rounds as they whizz by you. It always feels like you’re in the heat of battle.

Because of instances like this, there are also some really cool moments that allow you to actually work together with your teammates. Though there’s always been some kind of emphasis on multiplayer cooperation, team deathmatch has always felt like everyone is doing their own thing. But Invasion makes you feel like you’re in a war that only teamwork can make you victorious in.

Aside from all of Modern Warfare (2019) and some of what Vanguard introduced, I haven’t really been too huge a fan of Call of Duty maps since Black Ops II. I never get hyped for any or even remember most of them after the next installment releases. But I think that sentiment is going to fade going forward. So far, from what I’ve seen, the maps in Modern Warfare 2’s multiplayer are going to be fantastic. They are so varied but also cater to different kinds of gameplay altogether, from one to another.

It feels like Infinity Ward has really brought their a-game into every sector of Modern Warfare 2, with maps being the cherry on top. I think my favorites specifically though are going to be the maps included in the Invasion mode. The current map available in the Beta, Sa’id, is one of my favorite Call of Duty maps of all time because of its sheer size and detail.

You can go into just about every single building throughout it and there are even multiple floors to some of them with several rooms. I’m used to Call of Duty maps being quite sparse in terms of places to go but this game seems to be delivering a lot. I’m very eager to see what other Invasion maps Infinity Ward has cooked up for launch.

When you think of Call of Duty, at least, these days you don’t really associate voice chat with it too much aside from players talking very harshly to each other, thus not very many even speaking. With this game though, Infinity Ward is trying to reinvent voice chat and restore it to its former glory. Though there has always been harsh trash-talking in Call of Duty lobbies, the olden days had more camaraderie within them.

With the implementation of more voice chat across the board with a better menu for it, cross voice chat between enemy teams in-game, and even the chance to create your own dedicated voice channels similar to Discord, voice chat is a bigger part of the entire experience than ever before. And it feels that way.

Though you will most definitely find hardcore trash talking in multiplayer lobbies, you will find nice players excited about what’s going on. I mostly found this to be true in the invasion mode, as this game is a slower burn and teamwork is more important than trick shots.

The last of my favorite things about the Modern Warfare 2 Beta is the overall feel of it all. I haven’t felt the way I do about this game since the original Modern Warfare 2. There’s just so much hype and the franchise feels like it’s coming into its own again.

It’s hard to describe, but in a way, it seems like Call of Duty is getting back to its roots and is reinventing itself with the foundation of those old games yet doing new things with them to pay homage while also moving into the future for the franchise.

I also think that the game’s vibe really does feel impressive. It’s like the original Modern Warfare 2, but totally different. It’s exactly what I wanted to see from the franchise and I’m way more hyped than I can put into words for the game’s full release on October 28.

It’s good to see Call of Duty continue to make strides to change things up. Whether they stick or not is entirely up to how players receive the game, but at least it doesn’t want to just rest on its laurels and be lazy about it. I can’t wait to see what the future holds for Call of Duty. 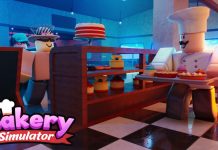 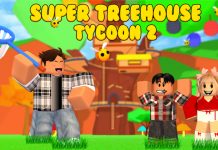