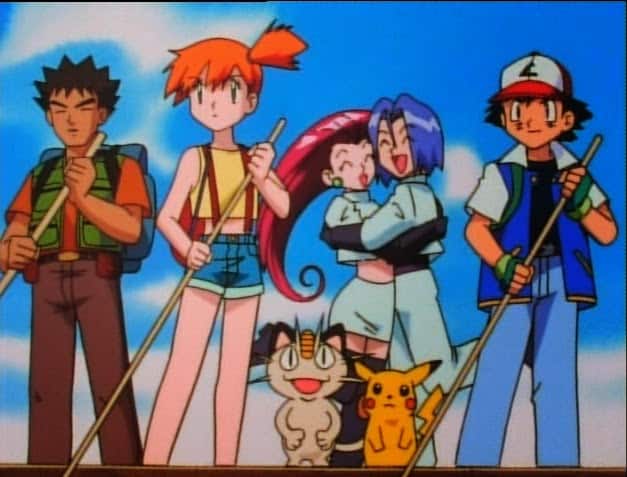 Ash is the hero of the series. The series features a Pallet Town rookie trainer, Ash Ketchum.

He starts his journey as a trainer to become the most popular Pokémon Master of all time. It’s the tenth birthday of Ash Ketchum.

He’s excited to celebrate it. Many 10-year-olds have set out to become Pokémon Trainers in the Kanto region.

Things may not go the way he expected. But he ends up with a Pikachu instead of a normal first Pokémon.

He obtained Gym Badges that turned out to be more complicated than he thought. Fortunately, he had former gym leaders Brock and Misty by his side.

He had lots of new Pokémon mates. He had Pokemon mates including Bulbasaur, Squirtle, and Charmander.

During the original season, Ash Ketchum begins his adventure in the Kanto region. He is a novice trainer.

He leaves his home in Pallet Town with Professor Oak’s only Pokémon starter. The Pokemon left to offer: a shy and moody Pikachu.

Ash’s journey starts to beat all the Gym Leaders. This happens in order to get to the Pokémon League.

As soon as he has earned the trust of Pikachu and his two trainers, Misty and Brock, join him. Ash travels to the Orange Archipelago.

He goes there to collect the GS Ball from Professor Ivy. He travels after participating in the Indigo Plateau Conference.

He had anticipated that it could not be delivered by PC to Professor Oak. During this time there, Ash competes in another Pokémon competition.

The Professor sends Ash to Johto.

He sends on Ash’s return to Pallet to give Kurt the special Poké Ball. Oak doesn’t figure out how to open the GS Egg.

While there, Ash competes again in the Silver Conference that is the Pokémon League and wins.