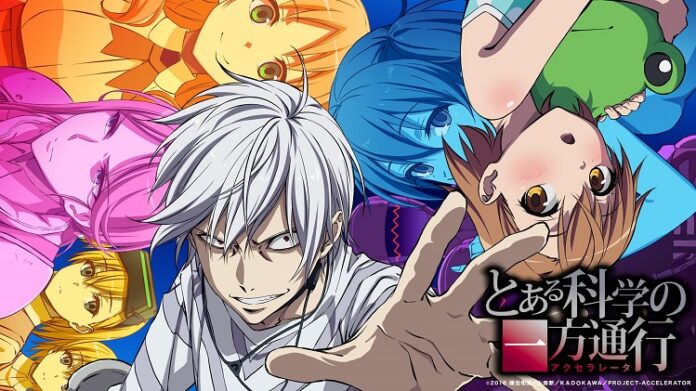 It has 1 reported filler list episode which is about 8% of the total episodes. It is a Japanese manga series. It is written by Kazuma Kamachi. It is illustrated by Arata Yamaji.

The light novel series was serialized in Dengeki Daioh from December 2013 to July 2020. The manga was published in English by Seven Seas Entertainment.

It is an anime television series by J.C.Staff. It was released from July 12 to September 27, 2019. Teto Tachitsu published a four-panel manga series.

The Academy City’s top Esper was in the hospital. It happened just after rescuing the Last Order and taking a bullet in his head.

The Accelerator retrieved a girl with a snapshot of her tiny duplicate. She asks for help. Then Accelerator found himself in a new conflict.

Meanwhile, technology and scientific advancement are at the core of Academy City. The most powerful Espers were Level 5s.

He was known as Accelerator even after being weakened by a severe brain injury. A little girl recognized as the Last Order is by his side from the beginning.

He holds her closely and vows to protect her at all costs despite his cold demeanor. While Accelerator might be healing from his wound, Academy City’s dark side does not rest.

So he finds himself unwillingly caught up amid a new conflict. In search of the Last Request, a strange woman enters the accelerator. A vicious organization challenges the greatest Esper. The dangerous forces on the move threaten to put the Last Order at risk. Along with this, her sisters are also at risk. The villain is planning to move into the night once more.