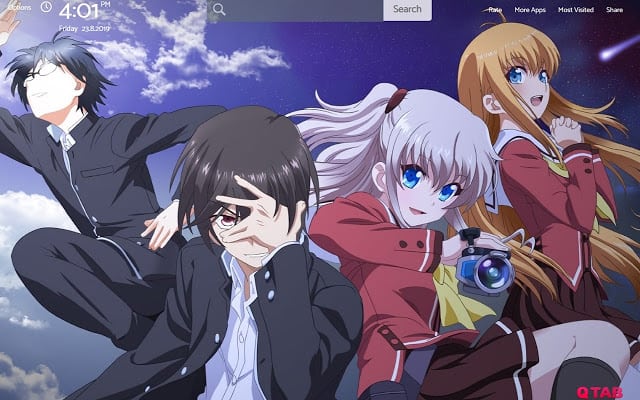 Are you looking for an anime series full of supernatural stuff, romance & drama? Then, you must watch the Charlotte anime filler list.

P.A. Works and Aniplex are responsible for the animation part. But Jun Maeda laid down the original concept with Na-Ga to lay out the original character design.

The anime started airing in Japan on July 4, 2015 and is being distributed in South and Southeast Asia by Crunchyroll and Animax Asia.

The story takes place in a parallel reality where, upon hitting maturity, a small percentage of kids experience superhuman abilities.

An emphasis is put on Yuu Otosaka, a high school boy who awakens the ability to influence others temporarily.

This brings him to the attention of Nao Tomori. He is the president of the student council of a school founded as a refuge for children with such abilities.

The main protagonist of the novel cheats to obtain an advantage in examinations. He has the capacity to take over the body of another human for five seconds.

He is forcefully moved to Hoshinoumi Academy after being fooled and tricked into using his capacity by Nao. He is also charged to join the student council.

Charlotte describes the lives of four students from Hoshinoumi Academy, a school established to protect children. These children grow with special abilities during maturity.

They search for and protect those like them all over Japan, in an alternative reality.

These students include Yū Otosak. He is a boy with the ability to manipulate another human for five seconds when looking directly at the target.

Nao Tomori, who uses her ability to become invisible to one human, chooses to convince others to listen to her. Jōjirō Takajō has the power to travel extremely quickly.

She uses this to make it look like teleportation. With great characters, music, and animation, this is a perfect anime series.