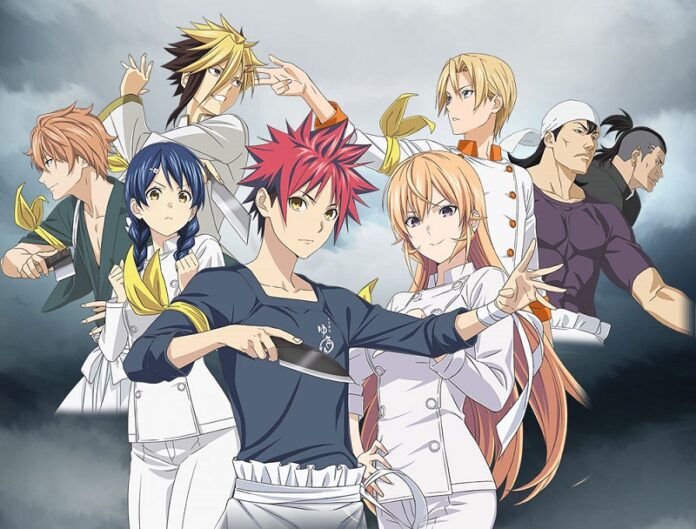 What Is Food Wars The Fourth Plate Filler List?

In October 2014, an anime adaptation was declared by Shueisha. Yoshitomo Yonetani directed the anime at J.C.Staff.  Shogo Yasukawa is the writer and director of the series.

The anime has been licensed by Sentai Filmworks for digital and home video release in North America. The series is licensed by Medialink in Southeast Asia.

Yukihira Souma is a boy who has honed his cooking skills all his life at his family restaurant “Yukihira”. He joins the “Totsuki Saryo Culinary Academy”. A super-elite culinary academy.

As a chef, he progresses through experiences with other chefs in and out of the academy. Then Nakiri Azami takes over the chief in control position at the academy. And then all changes.

Students are no longer permitted to cook freely. This is due to the academy controlling the Central Gourmet Organization. Soma and her friends stood up against the dictatorship.

As a consequence, they were branded as Academy rebels. The Advancement Examinations Period has arrived. And some of Soma’s friends are lost and ordered to be withdrawn.

New council members and the Azami government are welcomed to the Régiment du Cuisine by Soma and the remaining rebels. The 1st fight was comfortably won by the rebels. But this is only the start of the fight to decide their futures.

The 2nd fight is just about to start. The remaining episodes of the season will be postponed until further notification. It was revealed at the end of May 2020 that new weekly episodes would resume on July 17.