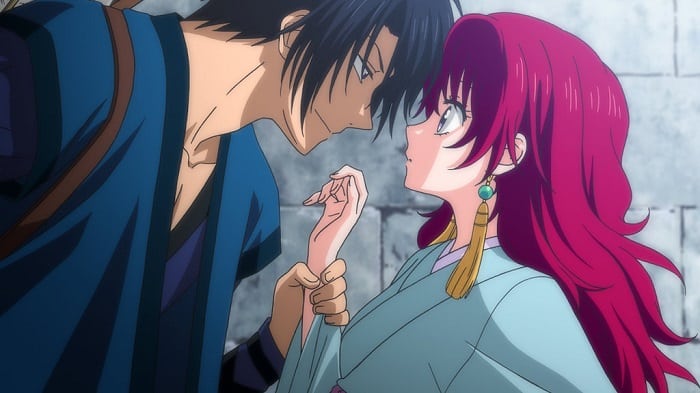 Yona is Akatsuki no Yona, the main female lead of the manga and anime series. She is the royal princess of the Empire of Kouka, Emperor Il and Queen Kashi’s only heir, and King Hiryuu’s reincarnation. She was forced to flee the Hiryuu Kingdom on her 16th birthday as a fugitive after Soo-Won killed her dad.

Yona had a coddled, good childhood. But when she saw the killing of her father at the hands of Soo-Won on the evening of her 16th birthday. She and Hak were forced to leave from the Hiryuu Kingdom after the death of their father and moved to Hack home country, the Wind Tribe, for protection.

Yona began to understand throughout her journey that not everything was fine during the time of her father as emperor, and had come to know why he had been killed. And this horrific accident and the desire to fight for herself, the crown, and the empire later led her to look for the legendary four dragon fighters 2,000 years ago who helped her to establish the Kouka Empire.

She persuaded Hak to teach her how and when to combat so that she could protect herself in a fight as time went on her journey. She slowly learns, all along the way, the essence of friendship and its real meaning in life.

It was released on AT-X from October 7, 2014, to March 24, 2015. The anime series has been licensed in North America by Funimation for broadcasting and home video rights. Funimation streamed their dubbed version of the anime starting on March 17, 2015, starting with episode 13.

The first opening theme is a Kunihiko Ryo musical piece, named Akatsuki no Yona, lit. Yona of the Dawn) sense, although Yoru is the very first finishing theme. Significance Night) by Vistlip. “Akatsuki no Hana” is the second opening song, by Cyntia, and “Akatsuki” is the second closing theme, of Akiko Shikata.