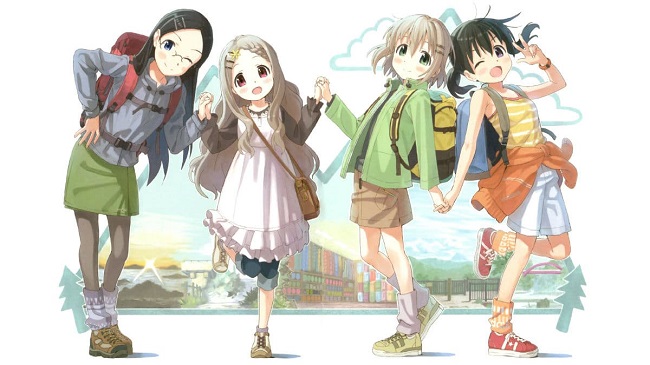 The brand new season of Encouragement of Climb, a popular slice of life anime is coming back on screen next year. Fans are especially excited since Aoi and Hinata shared their secrets in the last season and they are curious to find out what is going to happen next.

This anime is special because it tells the story wonderfully with each episode being half the length of a normal anime. The announcement of a new season was a pleasant surprise since fans were expecting a movie to reveal what happened after the curiosity invoking ending.

A teaser was also released along with the release date, with world-class animation that attracts so many fans worldwide. The girls are seen running, climbing a mountain, boating, enjoying their lives with each other, admiring the sunset and having conversations in the trailer.

A new character named Koharu has also been introduced as the president of the mountain climbing club. She is to be voiced by actress Emiri Iwai.

Encouragement of climb is a manga series written and illustrated by Shiro and was published in 2011 in Earth Star Entertainment’s Comic Earth Star magazine.

This story follows the life of Aoi Yukimura, a shy young girl who likes to spend time indoors until she meets an old childhood friend, Hinata Kuraue who loves to climb mountains.

They plan a trip together in which they want to go watch the sunrise they used to see together again and in the journey, they meet new girls who share their love of mountaineering and the outdoors.

It Was Kevin Feige’s Idea to Introduce Man-Thing