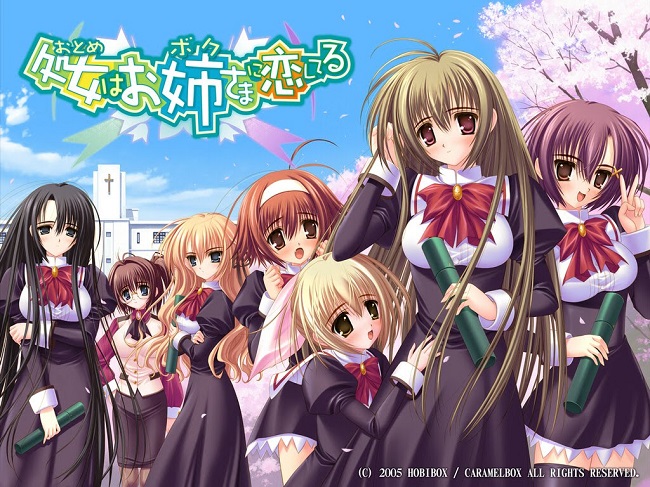 There have been several stories in which bodyguards went too far to protect their clients but only in Otoboku, these bodyguards go beyond limits and fight for their clients at the next level.

In this series, the bodyguard, Chihaya Kisakinomiya who is an androgynous man who cross-dresses as a girl to protect his mistresses at an all-girls school to fulfil his grandfather’s will. He hides his true identity while protecting the girls and making new friends.

This series is a Japanese adult visual novel developed by Caramel Box for Windows Pc, Playstation, and PSP. The game also has had multiple spinoffs and sequels over the year, including various manga series, anime series, and ONA.

In addition to this, a new OVA was announced when the official website of game developer CaramelBox announced on September 3, 2021, that its “The Maidens Are Falling in Love with Me: Trinkle Stars” game will receive an OVA adaptation that will debut on December 24, 2021, which is this Christmas.

Even though the novel is for adults, this OVA will be for all ages.

The game is the third edition in the well-known visual novel Otoboku, which follows androgynous male leads who somehow end up in an all-girls school under strange circumstances.

This third instalment follows  Hisoka Yūki, the lifelong bodyguard of Orihime Kazahaya and to do his job well, he too enrolls in the all-girls school cross-dressing as a girl to secretly protect Orihime and hide his true identity as a boy. The director Fumio Ito has taken the wheel of the OVA project at Studio EXNOA.

He is also known for his work on Tropical-Rouge! Precure. The one writing the script of this instalment is Misato Tōsaka, she is writing this script based on the original game. Veteran fans are asked not to miss out as this is expected to be a hit in the community.