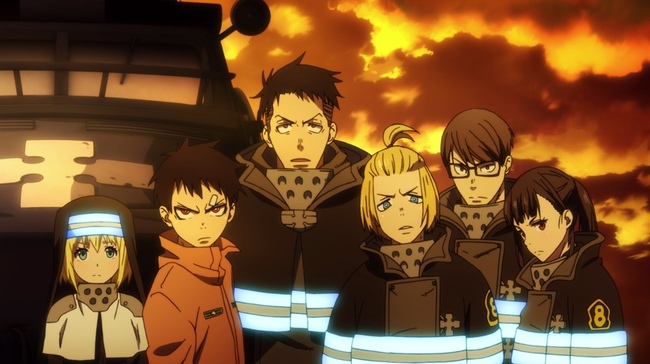 Who will Shinra end up with?

Shinra shares great chemistry with the other characters on the show, especially women since he is the protagonist. A lot of fanservice was provided to give a head start for fans to start developing their ships.

The founder of fire force Okubo, on the other hand, does not appear to place a high priority on romance in his works.

Who will Shinra fall in love with?

Shinra has many good relationships with female characters on the show, but he’s most interested in Tamaki and his cheeks are always red when he’s around her.

He even showed an interest in trying her food, and their relationship has grown even stronger throughout the series. Although Shinra is unlikely to date anyone, in the end, Tamaki remains the most likely choice.

Tamaki is already in love with him but her tsundere personality prevents him from ever knowing it.

There are also other pairs in the show which fans would love to see come true.

Another pairing as popular as Shinra and Tamaki is, Shinra and Iris. Shinra feels the need to protect her, and he is shown blushing around her many times. They share a very close bond, and he undoubtedly finds her attractive. Even though this pairing is very popular, they don’t have any chance of ending up together since she identifies as a nun, her screen time has also been reduced very much.

The pair which has the least amount of romantic attraction is Shinra and Maki. Maki is considered to be the best girl by many from the start and fans would like to see a romantic relationship between Shinra and Maki, but it is very unlikely that this will happen. An older sister figure and a comrade, Maki has already established herself in ways that don’t grow into romantic anything. Maki has the most probability of ending up with Hinawa rather than Shinra.

The third and the last of the prominent pairs is Shinra and Hibana. She soon developed a crush on Shinra, after a change of heart and character as she was introduced as an antagonist at first.

This relationship can be taken as just for gag purposes instead of being anything serious. His interest in her seems to be very superficial.

There is a huge possibility that Shinra might not end up with anyone knowing Okubo. His love story might never take a center stage in the anime, though there is a chance of side budding romances.

Fire force is a story about a very unusual phenomenon called Spontaneous Human Combustion, people just randomly start catching fire and burning. It is speculated this is being caused by a demon.

To fight this crisis, a Fire Force company emerges to protect people and guide those who need help.