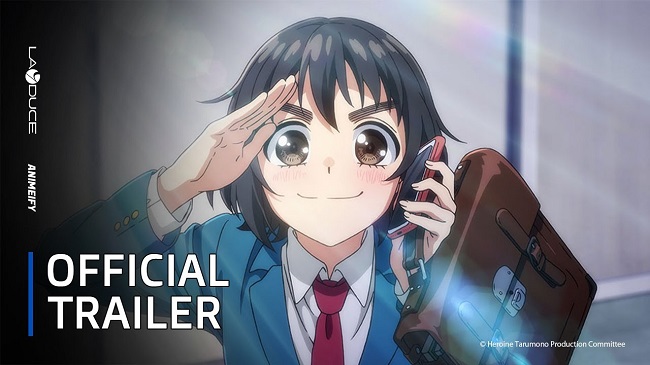 To become a Real Heroine! The Unpopular girl and the Secret Task is an upcoming anime series that is based on the song “Heroine Tarumono!” by HoneyWorks.

HoneyWorks is a famous Japanese Vocaloid orchestra best known for its collaborations with CHiCO. They are also known for their performances in the Opening and Ending songs such as O Maidens in your Savage Seasons and the ninth opening of Boruto: Naruto Next Generations.

Anime songs for most fans are used as a bridge for the viewers to connect with the story and the characters. They add a more emotional connection so fans can feel a sense of belonging to the story. However considering the upcoming series, it is unlike anything that has been seen before as the story is based on the song.

The premise invokes the curiosity of the viewers as our protagonist tries her best to not get involved with idols but ends up getting dragged into the world of celebrities. To Become a Real Heroine! The Unpopular Girl and The Secret Task is scheduled to release in April 2022 but no specific date has been disclosed yet. The key visual features the main characters in a bright classroom with sakura petals flowing in from the window, this indicates it’s the spring season.

The characters seem very happy cheerful and bright in the visual. The trailer follows the main protagonist, Hiyori who is in Tokyo for the first time and is overwhelmed and amazed by the views and the tall buildings. Hiyori makes lots of new friends in her class and it turns out that two of them are from a famous band “LIP x LIP”. At the end of the trailer, we see an excited Hiyori all ready to run.

Hiyori Suzumi is a high school student raised in the countryside and she loves to run. She leaves her old school and her hometown to enroll at Sakuragaoka high school in Tokyo and to join the track and field club there. On her first day of school, she ends up being a classmate of Yujiro and Aizou of the high school idol group  “LIP x LIP”.  Hiyori wants to keep away from the idols and she looks for a part-time job to help her family.

He is an excellent dancer, Juri Hattori; a classmate of Hiyori, she is a bright girl and she is friends with Hiyori, Chizuru Nakamura; she is also in the same class as Hiyori, she has a quiet and serious personality but a disposition of an otaku, she can talk when she likes it. It will be very interesting to see how a song is brought to life in this series and if Hiyori can find a balance in her life.