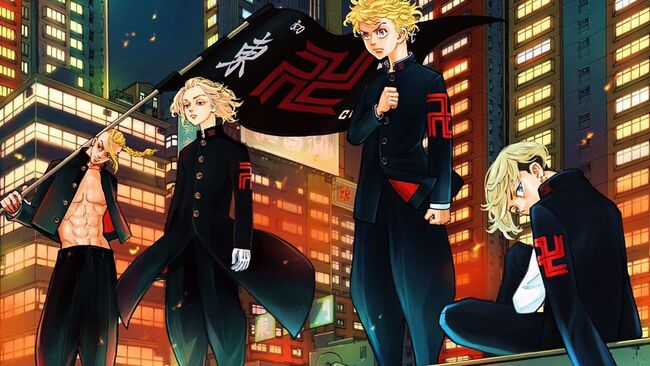 There is a lot of talk about Tokyo Revengers, an ongoing series. Right now, it’s among the best action anime series on the air. While it is an anime about time travel, the setting and mood are quite different. After being pushed into a train track, Takemichi Hanagaki travels back to his second year of school.

His second year at school was one of his best years. A girlfriend, friends, and respect from others, everything felt right. Until, he lost his girlfriend when she became involved in a cruel murder by the Tokyo Manji Gang.

This time, Takemichi decides to protect her from the Tokyo Manji gang in order to save her. Here are some recommendations that you might enjoy if you can’t wait for the next episode of Tokyo Revengers.

Crunchyroll and Funimation present the sci-fi romance series, Orange. This series has the same theme as Tokyo Revengers, which is time travel. Even though the time travel method in Orange differs from the one in Tokyo Revengers, the overall vibe is similar.

The MCs have a similar vibe, although the method they use to travel back in time differs. A letter is used in this instance.

In contrast to what Naho Takamiya was expecting, she had an eventful first day of school in her second year. Her 10-year-old self writes her a letter from ten years ago. In the letter, she describes some events that occurred that she ignored at first, but later believed. In the letter, she learned that her future is full of regrets.

It is now her hope that her past self will rectify the mistakes she made in the past, which mainly concern the new transfer student, Kakeru Naruse.

Tokyo Revengers and Kyou Kara Ore Wa both feature delinquents. It is more focused on the slice-of-life comedy genre than a time travel setting. Comedy genres are best suited to hot-blooded delinquents.

Itou Shinji and Mitsuhashi Takashi are two students who, tired of their monotonous lives, decide to take a risk on becoming delinquents while attending a new school.

The true justice of Shinji and the mischievous ways of Takashi are antagonistic at first, but eventually, they become friends. On their journey to become Japan’s best delinquents, the duo encounters many misadventures.

Sixteen teenagers are arrested and sent to Shounan special reform school, including Mario Minakami. Their proximity to Sakuragi, an older prisoner, leads to a close bond they form. After serving their time, they agreed to meet.

Additionally, they must endure the brutal treatment of the guard and doctor who are cruel and oppressive. Until their sentences are over, they have to endure it.

Funimation presents Samurai Champloo, an action-comedy anime. There are no delinquent characters, nor is there a Time Travel story to speak of. Nevertheless, it remains an exact replica of Tokyo Revengers, since samurais fill in well for the delinquent role. Here, the samurais are considered delinquents.

In a melee, Mugen and Jin killed the son of a magistrate and are being executed for their crime. A youthful and clumsy waitress named Fuu saves them, as it is because of her that they were fighting in the first place. In search of the Samurai who smells of sunflowers, Fuu makes them his bodyguards.

In the journey, Fuu sets out to find the samurai, provided that the two samurais don’t kill each other.

A delinquent setting also connotes the setting of Gokusen. As opposed to Tokyo Revengers, this is more of a comedy than a drama. It’s a story about a teacher who gets assigned to an all-boys school filled with delinquents.

As a teacher at Shirokin Academy, Kumiko Yamaguchi achieves her dream job. However, when she arrives at the school, she discovers it is full of delinquents without any commitment to change. Although Kumiko is the leader of a Yakuza gang, the students are not aware of this fact.

Studios P.A. Works created the anime Charlotte, a drama school anime. At first glance, it may seem like a superpower anime like Tokyo Revengers.

Even so, some people who have seen it may relate to how similar they are. Later in the story, the main character turns out to be a delinquent. If we included how they are similar in some aspects, it would be a significant spoiler.

On the surface, Yuu Otasaka might appear to be an ordinary high school student, but he possesses a power that allows him to dominate anyone’s body for five seconds.

Having caught Yuu and Ayumi using their powers, Nao Tomori forces them to attend Hoshinoumi Academy, a school enrolling students with superpower. Teenagers who abuse their power are secretly tracked by the Student Council, led by Nao Tomori. By working with them, Yuu gains a greater perception of his abilities.

Like Tokyo revengers, Re-Life also has time travel. A romantic anime by Studio TMS entertainment, Re-Life shares many similarities with Tokyo Revengers, even with respect to the characterization.

Kaizaki Arata is treated as a hopeless loser throughout his life. A mysterious pill prescribed by Ryou Yoake changes his life forever. The pill turns Arata into a 17-year-old immediately after ingestion.

He now, is part of an experiment in which he has to undergo the ordeal of attending High School as a transfer student for one year. A new lifestyle must now be adapted by him so that he can avoid making past mistakes.

One of the most famous isekai anime “Re: Zero- Starting Life in Another World” is created by White Fox Studio and fosters the genre of thriller fantasy anime. It is considered among the top isekai anime.

There is a similar emotional MC in this anime, just like Tokyo Revengers, who are prone to getting teary.

There is a bit of difference in time travel though, referred to by the term “Return by Death”. Natsuki Subaru, the main character of Re: Zero, has been awarded winter 2021’s Best Male Character.

Immediately after leaving the convenience store, Natsuki Subaru is teleported to a different fantasy world. His arrival wasn’t that fortunate, since some thugs were waiting for him when he arrived.

As a girl named Satella pursued another Thug who was stealing her Insignia, she found him and saved him. As a gesture of gratitude, he helps her locate her insignia.

During the night, they discovered where the Insignia was located, where an ominous force awaits them and brutally kills them both. Subaru regains consciousness, only to find himself in a recognizable scene, confronted by the thugs.

Among the greatest thriller anime of all time is Steins;Gate, which also has high popularity for its time travel element. Steins;Gate is based on the concept of a Time Machine and features a sci-fi theme. A few romantic elements enliven its overall mood as well.

Inventing futuristic gadgets is the specialty of Okabe Rintarou, self-proclaimed genius and mad scientist. These gadgets include the “phone microwave”, which transforms bananas into green gels using microwave power.

In the lab, there isn’t anything remarkable until a miracle occurs. The “phone microwave” is capable of sending e-mails back in time, deviating the flow of time. In holding the key to time, Okabe carries the burden of this responsibility.

It is an anime thriller based on Supernatural. As a very underrated anime, Erased deserves more exposure. Tokyo Revengers could be the most similar to Erased since they have many similarities.

They both feature main characters who go back in time to rescue people from their pasts, regressing from adulthood to childhood.

When a tragedy is about to occur, Satoru Fujinuma has a special ability that sends him back 5 minutes. As a result of being falsely accused of the killing of a close relative, he is transported back 18 years in time.

It occurs to him that the murder could be related to the incident of Kayo Hinazuki’s unsolved abduction when he was just a kid. He has an opportunity to correct things.

From my perspective, these manga and anime were most similar to Tokyo Revengers. Tokyo Revengers is one of the most promising series of the new generation.

How do you feel about it? Let us know in the comments section below. 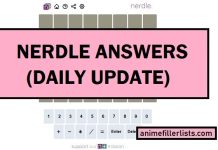