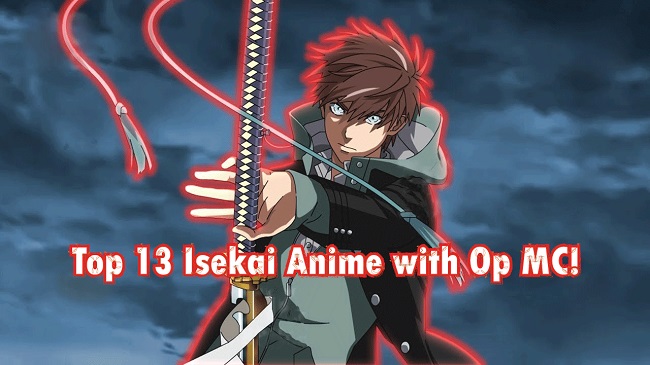 As long as you can infuse in creativity, thrill and excitement in the sense of what happens next, any work cannot be considered boring or exaggerated.

Anime with overpowered characters are usually the ones that are not given much attention. But that isn’t the case. More and more stories and anime with OP characters are being brought to the audience and are well-received as well.

Here we bring to a bunch of anime where the characters are overpowered from the very onset; yet very enthralling.

Let us start with the anime show of the ’90s.’ Excel Saga’ is the show based on the manga by Koshi Rikudo. At the center of the show is Excel, a high school graduate girl full of dynamic nature.

She is indeed powerful enough to tackle her enemies. She is the reason for the continuation of the show as she possesses a never-ending energy source. Her hamartia is her recklessness and talkative nature which prevents her from winning sometimes.

Now let us switch from the ’90s to a place in the near future, in a virtual world to be precise. The series ‘Sword Art Online’ revolves around a 14-year-old character named Kirito. The boy engages in an Online Game. And one day he is unable to log out from the game and eventually comes to know that there are many more people who aren’t able to log out. Kirito then emerges out as a star, teaming up with another character named Asuna and tackling monsters. He is very powerful having the capacity to wield two swords at once.

Who says a protagonist can’t be a dangerous one, The anime ‘One Punch Man’ introduces us to one of the most overpowered, over-dangerous protagonists in the history of anime. A hero for fun, Saitama is one such OP character. Not much of thrilling action scenes, fight or blood-shed battles, a single punch of this hero is enough to tackle down his opponents.

If you are someone who is obsessed with the dark side of a being, demon and the things likewise, then ‘Hellsing’ is the show just made for you. The story is about Alucard.

Alucard is an ancient Dracula who kills people, demons and devastates the entire nation. Eventually, this no longer excites him and he switches to help Sir Integra’s daughter.

Whenever we start watching anime, we often wait for character development or plot development. The anime ‘Death Note’ is quite different. It revolves around Light Yagami.

As the anime starts, we see him thrust upon with powers within the very first 10 minutes. He is overpowered from the onset, a pretty accomplished guy. As soon as he empowers himself with ‘Death Note’, he embarks on the journey to become the God of the new world.

This must-have aroused your senses, so what are you waiting for! Give these a watch!