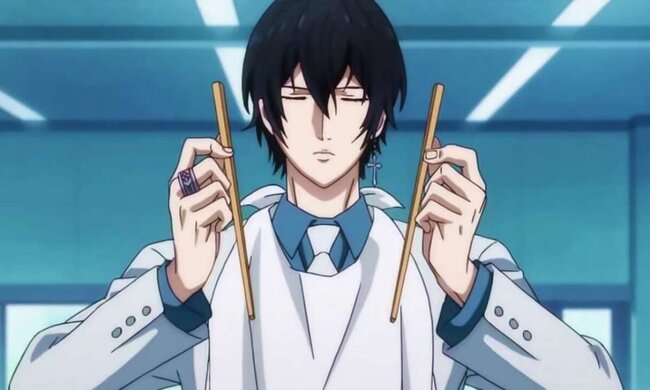 Written by Son Jeho, Noblesse is a webtoon manhwa from South Korea. The illustrations being done by Lee Kwangsu. The webtoon had a long time on screen; it started back in December 2007 and it ended in the year 2019.

There are many manhua/manga which is quite similar to the Noblesse. Let us brief you on these.

The manhwa/webtoon ‘Ability’ being written by the same writer and illustrator as that of Noblesse holds numerous similarities as well. The plotline revolves around a young boy who owns an unusual café.

The boy has strengthened physical abilities; including the ability to heal speedily. His encounter with a peculiar girl forms the starting of the webtoon.

It is afternoon time with the breeze blowing; the girl approaching him to borrow the phone. Her hat flies off and she runs behind to get it back amidst the heavy traffic. The boy in order to help her goes behind her and is run over by a truck.

The manga ‘Blood Parade’ takes us through a series of events in the life of a boy named Gil Mayford. He works for a special organisation named ISS which quests for the end of vampires. The motivating force behind working at International Security Section (ISS) is to avenge his family members death caused by the vampire.

To tackle the vampires, you need to become an Apostle. He works hard to become Apostle. The Apostle has the power to eliminate vampires. After passing series of tests, he is just one step away from being an apostle.

That one step involves a final test of killing a vampire. For the task, he is assigned a shield, a pretty young girl named Luna.

On his encounter with vampires, he comes to know of their excessive strength and deadly power. He might have succumbed to death if Luna was not there. Amidst all this, Gil comes to know that Luna is herself a Vampire. Not even a simple vampire, but the creator of the vampire race.

He is shocked at this. She was one of the vampires who was responsible for his family’s demise. The mission ends. The Director informs Gil that Luna is working with them in order to eradicate the vampires.

The plot of ‘Black Haze’ revolves around Rood Chrishi. An extraordinarily talented boy, being the youngest yet the strongest magician in the world. But this remains a secret from the outside world. Despite being an outstanding boy, he is being sent for petty missions, minute revenge plans etc.

Tables turn when the powerful Duchess Dayner Artian comes to seek help for his son Lidusis. Her son is not well adjusted in the school and is called by the name ‘Monster’. To find the possible reasons for this, Rood is hired.

The anime ‘Vampire Knight’ tells the story of Yuki Cross. She and her best friend Zero Kiryuu are members of the Academy Disciplinary committee. Back in the past, approximately 10 years ago, Yuuki was saved from a vampire attack by a pureblood vampire himself.

And here at the disciplinary committee, she encounters him times and again; which leads to complications in her feelings for him. While her best friend Zero has a fierce hatred towards the vampires and is of the view that humans and vampires can never bein good terms again.

The manga ‘Crimson Cross: Shi ga Futari wo Wakatsu made’ revolves around Carl Van Hellsing. He started as a vampire hunter but over time, he eventually finds himself turning into a vampire. He is led by an elite vampire named Carl. Carl also takes note of the fact that he is turning into a vampire and is caught up in two dark realities.