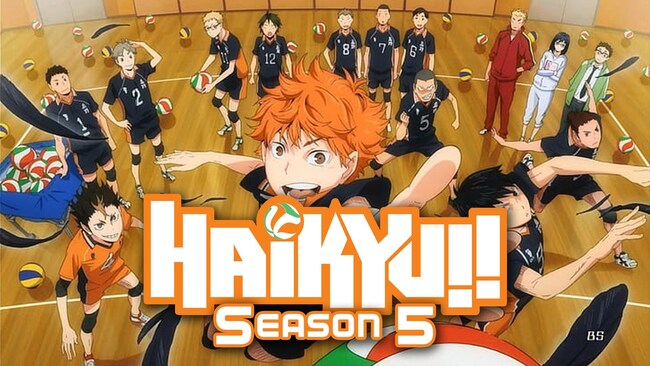 On July 20th, the manga’s 8-year run came to an end with chapter 402 ‘Final Chapter: Challengers’, featuring a time jump to the Tokyo Olympics. There has been no news about a spinoff, but there is a possibility of it happening as it is very common for sports manga to get a spin off.

The hashtags #ThankYouHaikyuu and #ThankYouFurudate started trending worldwide as the fans feared the end of the manga as it entered its final arc on 28th October. Fans took over twitter to express their feelings towards the series and its author, Haruichi Furudate.

How did the manga end?

The final chapter started with color illustrations of all the teams which brought nostalgia to the manga readers. Our favorite characters were seen preparing to watch the Tokyo Olympics 2021, and cheer on their old friends. The stage then moves to the Olympics venue where the teams participating in the Tokyo Men’s Volleyball tournament are introduced, Japan and Argentina. Oikawa is introduced as the setter for Argentina.

This was an iconic scene, and it was made even more memorable with close-ups of Kageyama, Ushiwaka and Iwaizumi as Oikawa’s previous statements echoed in the background. His “petty pride” was never forgotten, and his opponents awaited him on the international stage.

Hinata, Kageyama, Bokuto, Ushijima and others were introduced as the part of Japan’s team. Few memorable moments of this match include the famous quick of the freak duo, followed by an iconic fist bump to deal the attack. The end of this match was never shown but it was indeed extravagant.

The final panel is placed in Rome where the FIVB Volleyball Men’s world championship 2022, is taking place where Kageyama and Hinata face each other, challenging each other, yet again, determined to come out victorious.

Any chance of a sequel?

It is a Japanese manga series written and illustrated by Haruichi Furudate which features the story of Hinata Shoyo, a highly passionate boy who wishes to follow his volleyball idol ‘the little giant’. It was published in the Shonen Jump from February 2012 to July 2020.