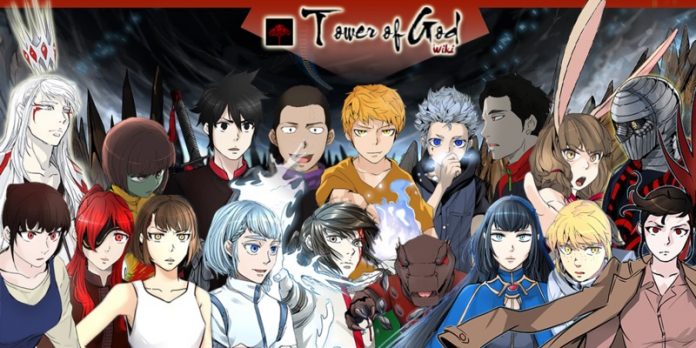 Tower of God is one of the most famous things among the fans of webtoons. Any passionate webtoons fan will without a doubt strongly claim that Tower of God is his/her favorite.

With such popularity it is obvious that Tower of God has an anime adaptation. The anime series started airing on 1 April 2020 and currently has 13 released episodes. The divine combination of an interesting plot and well-developed characters keeps it in the top ranks.

But still, the question of Is Tower of God Worth A Watch? Needs a justifiable answer, so here it goes. Here is the Tower of God Review.

The Plot of Tower of God anime series centers around a meek and shy protagonist named Twenty-fifth Bam. we see him entering a huge tower following his friend Rachel, his only friend.

There is a time when he gets trapped under the tower and has no past memories but Rachel is just in time and enters the scene as a savior and rescues him. Furthermore, they go on to build a strong friendship.

The relationship in the series is narrated by the help of flashbacks taken from Twenty-fifth Bam’s perspective.

During his entire journey of finding Rachel he had to go through some immense tough times and got to learn more about the mysterious and secret-filled nature of the tower.

The plot moves at a decent pace and does not drop all the overwhelming information on the viewer at once. Along with this, from the very first episodes the audience is hooked into the plot with the excellently animated action scenes.

The whole plot gets even more interesting with the intriguing and extremely cool powers and abilities that have been given to many of the characters in the series.

As the story moves forward, many more characters are introduced and more layers of depth in added to the series. As the protagonist sets on the journey to find Rachel, along with challenges he also gets the opportunity to understand himself better.

The series Tower of God highlights one major theme throughout that is the importance of friendship and the sense of belonging to a community that an individual possesses.

We see strong emphasis on the fact that to chase one’s goal they are bound to be in need of friends and allies in the journey towards achieving the goal.

Bam’s constant struggle and never give up attitude towards finding Rachel is a clear reflection that he wants to be loyal to the person who taught him many useful things.

Along the journey, he also meets other people who turn out to be loyal friends and allies who want to help him and he helps them in return.

Another important theme of the series which is approached with complexity is the theme of philosophical and moral dilemmas and issues.

The acknowledgement of the grey shades of morality and the clear indication towards the inevitability of collateral damage are the proves for the same. The Tower itself is an epitome pf various metaphors.

In a nutshell, the anime is worth a watch because once you see this you are transformed into a completely new person.

Rest assured, the series is filled with enticing scenes and note-worthy moments.