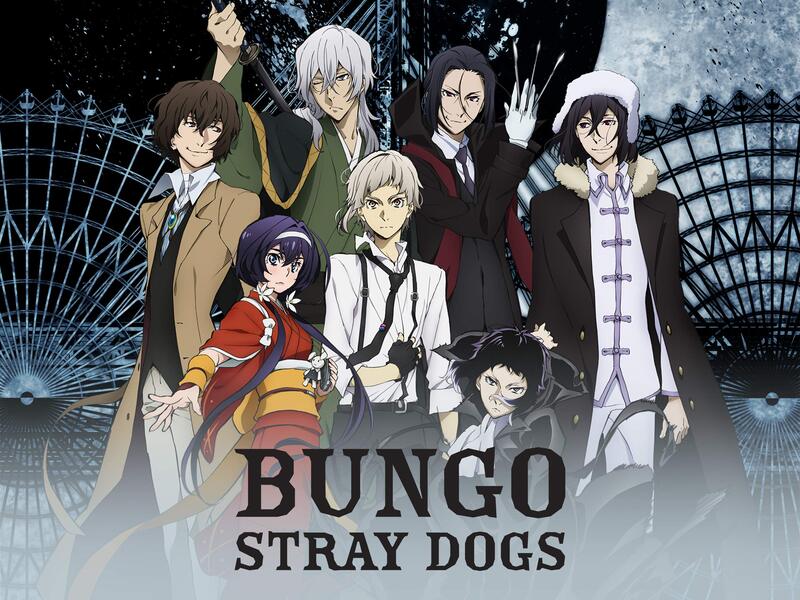 Bungo Stray Dogs Review is a Japanese manga series that has been written by Kafka Asagiri and illustrated by Sango Harukawa.

The series centers on Atsushi Nakajima as the protagonist. He is a man who possesses the ability to shapeshift into a tiger. To be with people like him, he joins he join a group where everyone has some or the other supernatural ability and does various kinds of work like running a business, solving mysteries, and working for the mafia.

In 2016 an anime television series adaptation by Bones was aired, and as of now, there are three seasons of the anime. Moreover, Bungo Stray Dogs was very famous in Japan and over 4.2 million copies of the manga were sold.

Atsushi Nakajima is the protagonist who has been kicked out of his orphanage because of some incident that happened around him. Now as he is roaming around thinking about his future, he stumbles upon a Detective named Dazai Osamu.

Unknowingly, Atsushi ends up saving the Detectives life by stopping him from committing suicide. Through the detective, Atsushi gets his hands on a mysterious story linked to him. Then a whole series of supernatural phenomena start happening and with each incident, he gets more firm on his decision to join.

Dazai’s supernatural agency. Hence, Atsushi gets on this new path where he is supposed to deal with many strange and unusual cases.

This series is out in the box of a dramatic mystery series. It has a decently paced story that keeps the audience on the edge and the suspense gets your heartbeat running. The characters are all well developed with note-worthy traits.

2. Is it worth watching?

There is no doubt about the fact that the series has an amazing plot and excellent characters. Although, there are many factors that overshadow one another. There is a weird jump from serious scenes in the series to comical scenes.

Interesting fact: All the character names in the anime have been taken from real Japanese authors. There is a vast spectrum of various music types used in the series from Jazz to J-pop that perfectly fits the series’s tone.

Location: The plot is set in the office of the Armed Detective Agency. We see the protagonist solving crimes and incidents that happen all across the city of Yokohama.

Animation: The series has an excellent quality of animation and all the action scenes have been skillfully executed. The whole show is smooth and flawless in design.

Artwork: the color palette of all the characters is quite vibrant and this makes them worth remembering. From their hair to costumes to facial features everything is intricately planned and is nearly unforgettable.

Studio Bones keeps up to its word with Bungo Stray Dogs’ flowing animation and intriguing storyline. The characters are well-rounded and made beautifully. If you are looking for something supernatural with a touch of rich OST and a great storyline, then  Bungo Stray Dogs’ is your jam.