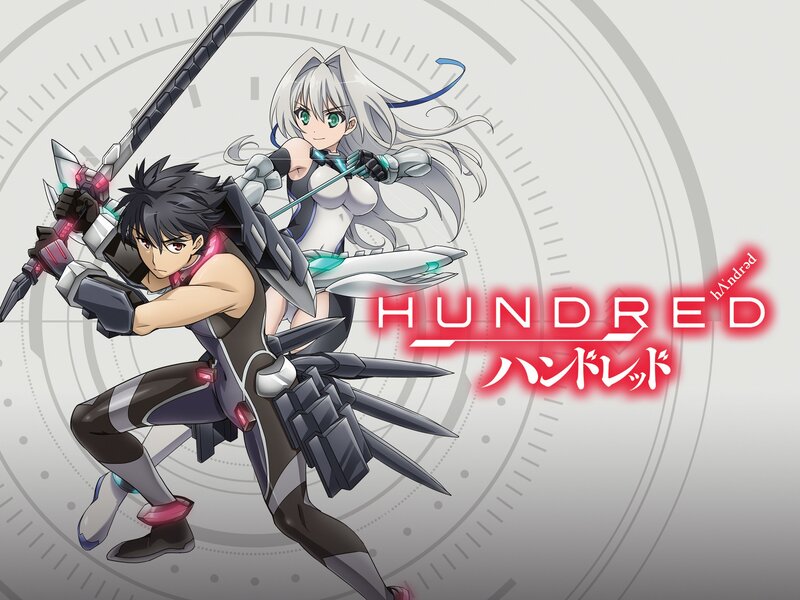 Hundred is an anime series that revolves around Hayato Kisaragi, the only survivor of the Savage attack. “Savage” is an extraterrestrial organism that causes havoc and the only way to get rid of him is by weapons known as “Hundred.”

With this information spreading and the highest compatibility, he is called to learn to use his skills for the protection of the earth. Whilst all this, he is always surrounded by girls.

But for those who want to see something more in the same genre, here is a list of the Top 10 Amazing Anime series you must watch if you loved Hundred.

Freezing is a series that elaborates on the fact that one mistake has the potential to take to a totally different path in life.

The story is about young men and women called the “Pandoras,” and “Limiters’ ‘ respectively, who are embedded with stigmata. Stigmata is something that gives these people superhuman capabilities to fight with the alien race called the Novas.

The protagonist, Kazuya Aoi mistakes Satellizer el Bridget to be his dead sister on the very first day of the West Genetics military academy. Apart from his misunderstanding, Satellizer finds him to be a decent man and accepts him to be her Limiter and together they set out to save the world.

9. Aesthetica of a Rogue Hero

Aesthetics of a Rogue Hero is the story of a boy who lives with the demon king’s daughter. There is a special thing called the “Samon Syndrome” which allows people to travel to different fantasy worlds and come back with unique abilities.

Akatsuki Ousawa is the protagonist of the series, also referred to as the “Rogue Hero” after he defeated the Demon King in a fantasy world. In mere boredom he comes back to earth along with Miu, the Demon King’s daughter. She is disguised as Ousawa’s little sister.

They both join the Babel, a school for the inter dimensional travelers. Furthermore, they acquire doubts on the Student Council’s activities and set out to expose them.

A bizarre but amazing one. Shuffle is a story that shows how the king of demons and king of god can be as your neighbors. Once the doors of the god and demon world opened, humans, gods, and demons live together. Our protagonist Rin leads a perfectly normal life until the King of Demon and the King of God become his neighbors.

This happens because the daughters of both the King of Gods and the King of Demons have fallen for Rin.

This is an interesting one, This series shows a world where the only survival option is to date. In a huge “Spatial quake” millions of people die and this has now become a frequent occurrence.

The main character Itsuka lives an average life with her sister Kotori. In an attempt to find the cause of these quakes, she encounters a “Spirit”. She is now stuck between the Spirit and Anti-Spirit squad and then comes commander of “Ratatoskr,” to save her.

Trinity Seven makes you realize that how important it is to wisely choose options in your life. The stopped shining in a town because of the Breakdown Phenomenon and the whole town is on the verge of destruction.

Arata Kasuga the protagonist of the series also lived in the same town and was able to artificially retrieve the town, but not for much longer. Lilith Asami breaks the artificial world into pieces and gives Arata two options, either to hand over the grimoire that his cousin Hijiri Kasuga gave him or to die. We see how a high school team called the Trinity Seven saves the day.

Infinite Stratos is the story of the only male pilot using a special weapon. According to the plot an international treaty is signed to ban the use of Infinite Stratos, a weapon steered only by women.

Once people know about Ichika Orimura and find out about his piloting capabilities he is invited to join the  Infinite Stratos Academy, an all-female boarding school. He was sent to the school to make him an Infinite Stratos pilot.

This series focuses on the values and ethics system of humanity. A disaster called Invertia has nullified the powers of all the nations around the world and humanity is in danger. To protect it an Integrated Empire Foundation was established. We see that the disaster Invertia gives some special superhuman abilities to a part of humanity. These powers are called Genestella.

People who have been gifted this ability can join any of the top six schools in the world knows as the Festas. Our protagonist, Ayato Amagiri has joined such a school to get information about his lost sister. As the story moves further Ayato comes to know about some deep secrets and finds himself surrounded by some extremely talented  Genestellas.

3. Highschool of the Dead

High school of the Dead is a series that shows a zombie apocalypse. Japan is suddenly one day attacked by the dead who are rising, and in this whole choose one of the zombie’s attacks a high school. It is at this moment we are introduced to the protagonist Takashi Kimuro.

Takashi promised to protect his girlfriend Rei Miyamoto as he had already lost his best friends he did not want another person to leave. Furthermore, Takashi along with his girlfriend Rei and some other classmates sets out to save the other family members and the reason for this zombie pandemic.

This series is about Issei’s journey in an alluring world of perfect angels. The protagonist Issei Hyoudou is a high school student who is a pervert and desires to have his own harem. Everything was good for him until the girl he had a crush on, killed him, who was surprisingly a fallen angel.

Issei is given another chance at life by an elite devil and senior Rias Gremory. She took him in as her servant and put him in the Occult Research Club. he was supposed to keep his new life and secret and while doing this he was also working hard to survive in the angels and demons world.

1. Chivalry of a Failed Knight

It is in the very blood of a Knight to not give up. This is the theme on which  Chivalry of Failed Knight has been made. The series shows Blazers, who are humans possessing the power to tend their souls to form weapons. In order to do this, these humans are trained in the Hagun Academy and according to potential are bifurcated into classes.

The protagonist, Ikki Kurogane is an F- rated Blazer. One day he accidentally sees Stella Vermillion naked. She is an A-ranked Blazer and because of such an insult she challenged him to a duel on the best that the loser shall be the winner’s slave.

The only intention Ikki fights is to protect his self-respect which had been tossed for a while now.