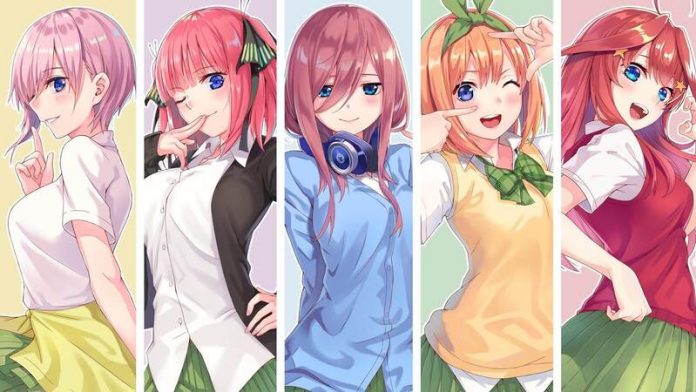 We all have at least once fallen in love with an anime character either boy or girl. Someone on the internet wrote, “Anime girls may be 2-D, but they will never break your heart”. True!

Now that we know that every one of us has small weird fetishes for cute anime girls. Here is a list of the 10 Cutest/Kawaii Anime Girls Ever. Yes, comparing so many adorable girl characters is difficult but we somehow completed the task. Without any further ado, dive in.

Female protagonist of the series Sakurasou no Pet na Kanojo who is transferred to Suiko in her second year and learns the art of making mange. Although she has no common sense but still she has a photographic memory which makes it impossible for her to fail in any test.

Mashiro lack most emotions and does not even show facial expressions. We have rarely seen her talking because she is most of the times not sure of what to say.

The female protagonist of the series No Game No Life- Shiro. One of the two siblings shown in the series, calm and calculative.

An extraordinarily talented gamer who created『  』with her brother Sora. Emotionally, she is a cold person who isn’t able to understand emotions and has a dry sense of humor.

Shiro is shown to be excessively competitive and a snob who like to show-off her moves. Pale skin, long white hair contrasted with pale blue, purple, pink, green, and yellow tints.

Eagle Jump’s intern Nene Sakura. She is a distracted girl who catches every ones’ attention as she is child-like, selfish and bit of a klutz. The Fairies Story Series. Is her favorite.

Furthermore, she is a middle school student but is treated like she is in college. Possesses blue eyes with light-blonde hair which are mostly tied up.

Protagonist of the series Toradora- Taiga Aisaka. She is a gutsy little girl famous for her brutal snapping at everyone and due to this she also has a nickname “Palmtop Tiger”.

Though she is the cutest with her short height and school uniform, she is a destructive monster.

You can easily irritate or upset her because she has a huge pride. She is often seen passing sarcastic comments on people around her.

A mature but scaredy-cat bassist- Mio Akiyama. She is a member of the band Ho-kago TeaTime as a second vocalist. The series shows her wearing different kinds of outfits displaying her various moods and expressions.

She is 160cm (5’3”) tall and the tallest one in the group, she has straight, long shiny black hair with complementing gray-blue eyes. Just keeping it out there, she is more busty than any other!

Kanna Kamui or Kanna Kobayashi is the protagonist of the series Kobayashi-san Chi no Maid Dragon. She is shown as young female dragon who does not live in her world because she was banished for being a prankster. She has a soft voice and is not so talkative and expresses her feelings mostly through expressions.

Kanna has white hair in her human form and has big blue eyes. Her daily fashion includes white capelet with a fur collar, a pink blouse, a white frilly skirt, and pink doll shoes.

A pureblood Fanalis and a slave to Jamil- Morgiana. She was also a member of the Alibaba’s household but last year she suddenly disappeared. Shown to be a soft-spoken girl who speakers less. Her cutest look is when she gets mad and stamps her feet and blows up her cheeks.

Although, she is a stubborn girl but even she has had her share of vulnerable times which gives the perfect touch to her character.

Younger sisters of Blanc- Rom and Ram though they are twins but their personalities are in many ways different from each other. Ram is powerful and dominating whereas Rom is meek and timid.

Ram is short tempered but still adorable. Rom is shy comparatively and lets Ram do whatever she likes. Rom is not seen talking so much and Ram is seen everywhere.

Protagonist of the series Amagi Brilliant Park- Latifa Fleuranza is fun-loving and happy-go-luck person and we have mostly see her smiling. She cares intensely about her Park and would do anything to protect the ones she loves.

Appearance wise, Latifa is a young girl with blond hair and blue eyes. She has hip long hair with bangs and a silver tiara. He dressing reflects grace and decency.

The most kawaii anime waifu and cutest character ever made is Rem. One of the twin maids working at the Roswaal L Mathers mansion, Rem is shown as a forgetful and distracted girl who does things without giving them any thought.

She is generally an extremely polite person and everyone can see that. But after Subaru saves Rem, her whole personality changes as she falls deeply in love with him. She is so crazy for him that she is ready to go to any extent for him.

Talking about the appearance, she has medium-length sky blue hair covering her eyes and she wears a maid uniform with a small flower-shaped ribbon.