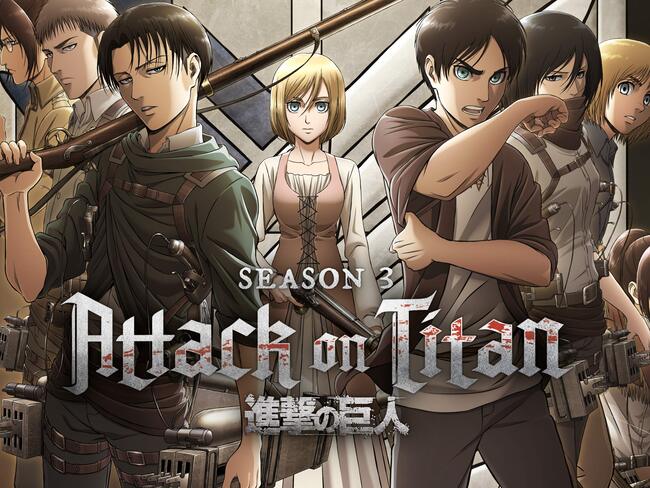 In recent years, Attack on Titan has unquestionably been the most popular anime. Its popularity has just increased with each season. We’re nearing the end of the anime, and the manga is also nearing its climax.

Therefore, we decided to make a list of Anime and Manga alike AOT so that AOT fans can get a better grasp on the storyline.

In case you don’t know about Attack on Titan, the anime is set in a fantasy world where humans are in danger of being destroyed by gigantic creatures called Titans.

Typically, titans are several stories tall, lack intelligence, and feast on humans for pleasure instead of as food for survival. Few humans survived in a city protected by walls that were taller than the greatest of the Titans. In the present day, the city hasn’t seen a Titan for over a century.

A Colossal Titan that appears out of nowhere destroys the city walls as Eren and his sister Mikasa watch in horror. While the smaller Titans flood the city, the traumatized children see their mother being eaten alive by the Titans. Eren vows to avenge humanity by killing every Titan.

A strange balance exists between humans and demons in this world. A day comes when Satan wants to regain control of humans’ homeland, and that balance is broken. Despite his normal appearance, Rin Okumura is actually the son of Satan.

In response to Satan killing Rin’s foster father, Rin immediately vows to annihilate him whatever the cost. He enrolls in an academy that trains exorcists. In order to become the strongest exorcist capable of destroying Satan, Rin works hard along with his brother Yukio.

Allen Walker joins the Black Order, an exorcist organization, set in an alternate 19th century. Their goal is to defeat the Millennium Earl and his demonic army of Akuma, who intend to wipe out humanity, using an ancient substance known as innocence.

It is set in the same manner as Attack on Titan. The Demonic Army and the Titan are both creatures that destroy and hurt humans, and our protagonist is a member of a group that wishes to preserve humanity.

8. Seraph of The End

Over the past century, a deadly virus has spread across the world, wiping out most of humanity and allowing vampires to rule the rest of mankind. Yuichiro Hyakuya and his fellow orphans at the Hyakuya orphanage are forced to live on their blood for the next 4 hours, handled like livestock.

Mikaela and Yuichiro hatch a plan to escape vampires to the outside world with their family, but tragedy strikes when they are caught in a web of illusion.

Having survived all these horrors, Yuichiro now joins Japan’s only hope for battling vampires, the Imperial Japanese Demon Army, in order to avenge his family.

The “Black Swordsman”, Guts, a former mercenary, seeks revenge. Following a turbulent childhood, Guts finally found someone he could trust, respect, and believe in, but then he robbed Guts of everything he had for selfish desires. Everything collapsed.

Because he is now marked by death, he is accused of his relentless pursuit of fate owing to the devil’s presence.

Guts, armed with a magnificent sword and a huge armed force, embarks on a terrifying journey full of misery to eliminate his Head, a beloved member of their humanity.

Prime Minister Honest must be overthrown or the nation will crumble. Assassins known as Night Raid have assembled together to do that. They will take down anyone who interferes with their plans. Furthermore, they understand the consequences of their heinous crimes and are ready to accept them.

Their group is joined by Tatsumi, a nice boy who wants to do something for his impoverished hometown. As Tatsumi fights for Night Raid, he faces powerful opponents, not only challenging him physically but also testing his morals.

In addition to Attack on Titan, Goblin Slayer also features monster-slaying as part of its plot. The main character in this story is a hard-mouthed knight who becomes the Goblin Slayer, and the only enemy he faces singlehandedly is the goblin. The Shrine Maiden and the Shooter soon join him, forming the right team for him.

As of now, there are only twelve episodes in this action-packed anime series. Goblin Slayer Season 2 will release sometime in 2021. There are many similarities between this anime and AOT.

Shinra Kusakabe is our protagonist, who lost everything due to the circumstances of that world. In this post-apocalyptic world, particularly in Tokyo, humans have been transformed into living inferno-like creatures called “Infernals” due to a strange phenomenon called “Spontaneous Human Combustion.”

Shina is known as the Devil due to his wicked smile and ability to summon fire with his feet. He is part of Special Fire Force Company 8, which fights against infernals and protects people. Fire Force is very dark and similar to Attack on Titan in many ways.

Attack on Titan-style creatures eating humans sounds similar. This series is rated R even though it fights like hell. Moral conflicts also arise from the fact that relatively innocent Ghouls are being hunted by their violent relatives.

The fierce ghouls of this harsh world are carnivorous, feeding on miserable humans, and are endowed with the magical power known as Kagune (affixes featuring fantasy-style). Ken Kaneki is the main character in the novel, who is a half-ghoul.

An individual with only a sword in her back enters Raki’s village when a shape-shifting demon, known as a “Youma”, arrives. She is a “Claymore” who has been created to be half-human, half-youma and intended to exterminate such monsters.

Claymore saves Raki’s life after his family is killed, but is subsequently expelled from her home. As his options are limited, he decides to follow the Claymore, aka Clare, on her travels.

While the pair travels from town to town defeating youma along the way, more is revealed about Clare’s organization and her fellow warriors. With each city cleansed and demon slaughtered, they draw closer to the Youma against whom Clare has been seeking revenge.

1. Kabaneri of the Iron Fortress

As a result of an invasion by dangerous undead creatures named Kabane, a large group of survivors seeks refuge on a train. While the world is undergoing the Industrial Revolution, there emerges a monster, which can only be slain by piercing its iron-protected heart.

Initial episodes of Attack on Titan were created by Wit Studio, which also made Kabaneri of the Iron Fortress.

That’s all folks, 10 anime like Attack on Titan. Which of these is the closest to Attack on Titan in your opinion? Have you already seen any of these? Feel free to share your thoughts in the comments section.