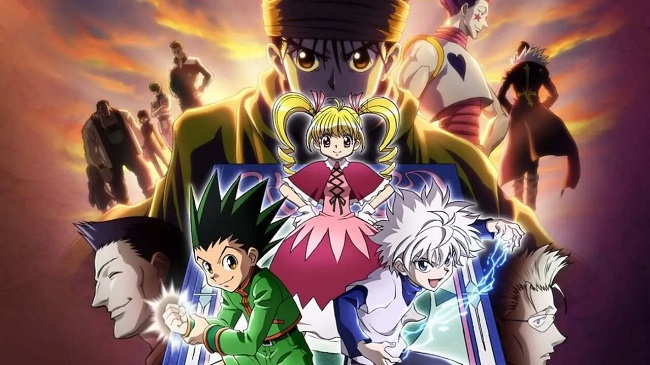 Gon Freecss is the protagonist of the series, a young boy who becomes a hunter to look for his father who disappeared a long time ago being a hunter. He believes if he follows the path of his father he will be able to reunite with him someday.

Therefore as soon as he turns 12, he goes to give the hunter’s exam which is notorious for the low success rate and high probability of death.

In this journey, he makes many friends and rivals, many supporters and several enemies. Many follow the dangerous career of being a hunter. Here is a list of the strongest characters in the series regardless of their alliances.

He is the founder and the leader of the Phantom Troupe, an infamous gang of bandits, criminals with class A ransom on their heads.

His nen ability is to steal other’s nen abilities and use them as his own. He is a specialist whose ability has been recognized to be supreme not just for his age but also for the whole discipline. He is the only one able to defeat Hisoka in the Heaven’s Arena, the only true loss Hisoka has ever faced.

He even took on Zeno Zoldyck and Silva Zoldyck, the two strongest assassins in the series, together in a fight and performed remarkably.  Zeno even mentioned that he and Silva would have been defeated if Chrollo came onto them with the intention to kill.

Neferpitou is a gender-fluid cat and one of the three royal guards of the Chimera ants. She first appeared by virtually murdering a character called Kite who was a strong fighter and not just a lackey.

She has unimaginable strength, speed and durability for which all the guards are known, but she also is a specialist in the field of nen and this is what makes her special. This is a terrifying ability since those who are specialists can easily manipulate the laws of the world to their desire or liking. Her aura is so huge that it can be compared to Hisoka or Zeno’s aura.

This man is the ex-chairman of the Hunter’s Association, he sure is old but nowhere near being weak. He holds the title of the strongest Nen user in his youth and can defeat all the characters we have seen so far with ease.

When he uses his most powerful technique 100-Type Guanyin Bodhisattva in which a ginormous and extremely powerful giant statue of Guanyin emerges and with this, he can launch 1000 attacks in just one minute.

His speed during this is unmatched and the range of his attacks is unfathomable. He is the only character in the series to have visited and survived two full trips to the Dark Continent.

Adult Gon is only a temporary state which Gon is able to manifest with his intense hate and anger during his fight with Neferpitou. All of the power he would ever have was summoned and as a result, his body turned into this adult state. In this form, he was able to defeat Neferpitou and kill her without breaking even a sweat.

However, this state almost completely destroyed his aura and left him in an almost dead state.

He is the most powerful character in the hunter x hunter universe. If there was one word that would describe him it would be overpowered. Overpowered in all areas of power, be in Nen, intellect, technique or combat.

No one can make him fight seriously at all, he is just so powerful that even the most powerful fighter from humankind couldn’t even scratch him.

This human is Issac and the fight being the one in which he used the 100-Type Guanyin Bodhisattva against him. This battle left Issac with broken limbs, utterly defeated. However, Meruem didn’t show one sign of damage, just a dull pain in his body.