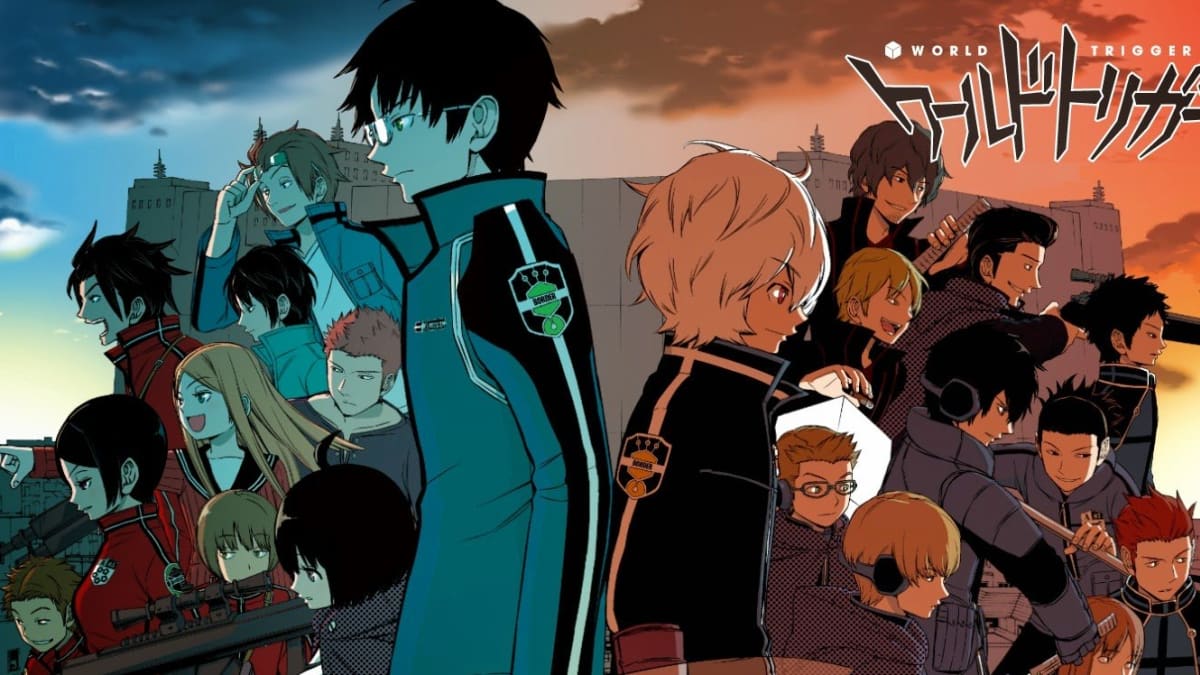 The third season of World Trigger comes with season 3 just six months after the second season as a mere 12 episode run wasn’t enough to satisfy the fans. The whole team is stronger than ever since Hyuse join Tamakoma Second and it is glowing in the new key visual.

The official page of the anime revealed that the third season of World Trigger will premiere on October 9, 2021, along with the key visual for the upcoming season. The key visual puts the whole Tamakoma Second Team with Kuga Yuma, Mikumo Osamu, Chika Amatori, and the newest member, Hyuse Cronin in the spotlight.

Fans are looking forward to seeing what happens after Hyuse joins the Tamakoma Second in the last episode of the previous season.

Season 3 will continue the story from where it ended in between the B-rank Battles arc as Yuma and the rest of Tamakoma Second aim to rise to A-rank.

The protagonists continue their battle to challenge the B- rank battle with the goals in mind, as their goal to go to visit the Neighbour world in order to bring Yuma’s father back might be accomplished, they just have to deal with the other B-rank teams for now.

There is a probability that we might get an anime original arc given that the manga was on a hiatus for so long, the coming season might just catch up to it very soon.

There is also a possibility that the coming season will be a short season just like the previous season, if that ends up happening there will be a longer waiting time for the next season as the story in the manga is not there yet. The possibility of the manga going on hiatus again can’t be ruled out either.

World Trigger, also known as WoTri is a Japanese manga penned and illustrated by Daisuke Ashihara. At first, it was published in Weekly Shōnen Jump from February 2013 to November 2018 and later transferred to Jump Square in December 2018.

The story follows a mysterious white-haired boy named Yūma Kuga, a humanoid or a ‘neighbour’ who transfers into the local school. He makes friends with Osamu Mikumo who is an undercover C-class Border trainee. Mikumo later helps Kuga hide his true identity from the Border and keep him from being captured by them.