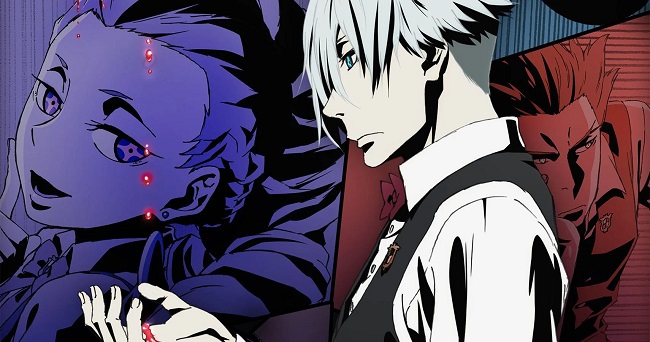 Playing gambling is about making the opponent believe what you will do next or rather making them not believe it. In a sense, gambling is a very interesting game and all these games and dramas playing out in an anime make it even more fascinating.

since anime can make even the most mundane of things seem ten times more interesting than they actually are.

As gambling already has high stakes, anime makes it more so as the lives of characters sometimes depend on the results of the game.

The following are the top 1 best gambling anime that will take you on an exhilarating ride in the world of anime. Thus, we recommend brushing up your tactical and strategy skills and adding these to your watchlist.

In this anime, Saki is the protagonist who is initially unwilling to play Mahjong because of the traumas of her childhood, but when she meets her friend at the Mahjong club it changes her opinion. She now loves the game that she had initially considered ignoring. Despite its light-hearted nature, it’s still a very enjoyable anime with low stakes for the characters.

She goes above and beyond creating drama around the game. The dilemma between playing Mahjong with her family and playing it with her friends with her friends, and combining the two in a compelling way is very interesting and thrilling to watch.

Being able to witness someone overcome trauma and fear is a great feeling and heart-warming to see. This is an anime that is fun and simple.

Ever heard of high school kids gambling, betting huge sums of money, or their nails? This anime demonstrates this to great effect. Basically, it is about Hyakkaou High School, which works like any other high school, except that it transforms into a casino for teenagers by night; it sure sounds fun, doesn’t it? However, this is not all.

There is a whole hierarchy of winners and losers in the school. People who win at gambling are highly regarded, while losers are rarely recognized even as humans. Yumeko Jabami, a first-year transfer student who is one of the best gamblers in the school, challenges this hierarchy, bringing with her many strategies and tricks.

The higher-ups in the school are not pleased. There is no doubt that this is a fun anime to watch as it is relatively new. Although it doesn’t have many of an intellectual component, you are going to have a lot of fun watching it. You will get sucked in from the first episode on, and won’t be able to put it down.

There is nothing too far back in history in this anime, only the year 1947. The story revolves around Tetsuya, who spends the majority of his time in the Mahjong parlors, testing his luck and skills. However, after meeting Boushu, he begins to doubt his skills and strives to become even better at Mahjong.

The layers of this anime go well beyond the surface. The game imparts many important life lessons, and philosophical ideas are shared while the game is going on.

There is no morality in the world of illegal gambling. Quite literally, people will do anything to make sure that they win the game that determines their lives. The gamblers can win the bet by any method, so it’s crucial that an independent organization, Kagerou, controls the referees. This will prevent foul play and cheating.

There is a great gambler named Baku Madarame, also known as Usogui- the lie eater. While his skill in gambling is highly developed, he has an ulterior motive of maintaining control over all referees by keeping the Kagerou in his pocket.

This is a short, 40-minute anime adaptation of the manga of the same name. Because it is so short, the OVA cannot do the manga’s great illustrations justice.

In addition to the excellent world-building and beautifully illustrated art, the manga also features excellent character development. The manga is worth reading, and the OVA won’t disappoint, as well.

This is not your typical gambling anime. A gamer brother and sister, Sora and Shiro, accept a surprise E-mail at the beginning of the game and are suddenly transported to another world.

Throughout this world, everything, even squabbles and wars, is fought, rather than with guns and machines, but with high stakes games.

In order to become gods of this new world, the siblings are united with all sixteen races of Dishoard, defeat Tet, the God, and unite all of those to become one whole.

A very unique and interesting way of paying bets is demonstrated in the show instead of waging wars. In no way is the anime ending disappointing and it justifies the entire narrative. There is no fanservice in this show, so it is perfect for those who do not mind it.

In the wider world, there are gamblers who lose consistently, and then there is Nangou, who plays Mahjong despite being in debt of over three million yen and digs his own grave every time.

Nangou starts playing again, but this time it’s against a mafia and he’s losing, but then a young man named Akagi comes along, on the run from the law, and he helps him to play by explaining a few rules.

The good news is, he’s not only incredibly talented at Mahjong, but he saves Nangou’s life as well. Akagi, who must now make his way through Mahjong and gambling, is the main character of this anime.

There are criminals and mafias involved in gambling and the stakes are too high for players such as Akagi and Nangou, but all of this is 100% worth the time you put into this show.

The gambling you have been watching on Earth is now taking place in the afterlife in this anime. As the game decides whether the players will live or die, the stakes are way too high for the players.

What matters is the way players play, whether they play with morals and dignity or whether they lose them for the sake of winning. Decim judges people’s behavior and morals, making the decision to reincarnate them or obliterate them into nothingness.

Isn’t that exciting? It further explores gambling’s philosophical, psychological, and moral aspects, which makes the anime even more exciting and captivating.

The stakes are high and the outcome is not determined by the result, but by how you play, which makes it truly a unique anime and one with a very different approach to regular gambling animes.

It’s a dream for many to be able to cruise and gamble, but this anime brings that dream to life. This anime depicts a nobody named Kaiji Itou, who spends his days drinking beer and stealing hubcaps, until he is offered the chance to participate in an underground casino on a cruise ship when he is offered an illegal deal.

It is here that he begins a life of deceit, mind games, attacks on the psyche and manipulating. As he struggles to survive in this cruel world filled with people willing to take advantage of you, he has been drawn into the world of gambling.

It might seem strange if I tell you what game these people play to gamble, maybe it’s poker, maybe it’s pool, but actually it’s a game called Rock, Paper, Scissors. But that’s not the case. Besides the complex gameplay rules and the intense drama, the game has different rules.

This anime is surely intense, as it is filled with criminals and shady stuff of every kind.

Unlike other gambling anime, One Outs is based on baseball, one of Japan’s most popular sports. A baseball team named Lycaons is about to begin a new season with a pitcher named Toua Toguchi as their only hope.

In any case, the manager doesn’t care about the success of the team and puts them into a game of one outs, where they will have a lot more fun than playing regular baseball. Every out he gets earns him five million yen; every run, he gives up costs him fifty million.

Doesn’t that seem foolish? In addition to his baseball skills, our MC Toua is a decent gambler as well.

Gambling is his natural talent. Making an interesting and thrilling anime, this anime involves intense mind games, sly tactics, and a dash of strategy. There are many who love this anime, but there are very few who don’t.

In this anime, the main characters’ lives are really on the line. When the firework display ends, Ryouhei Arisu is transported into a different realm called Borderland, where his survival depends on playing minigames and gambling to live. One wrong move or one wrong decision will mean his demise instantly.

As Arisu formally enters the world of Borderland he feels alive for the first time in his life. He is enjoying the world and getting to know its beautiful inhabitants while safely and carefully making his way through it.

Although it is mainly focused on Arisu, he is not ignored and many of his friends and other characters will make you root for him just as much. You will experience a thrilling ride as you watch this suspenseful and fun anime.

In the comments section below, let me know which anime you thought was the best.