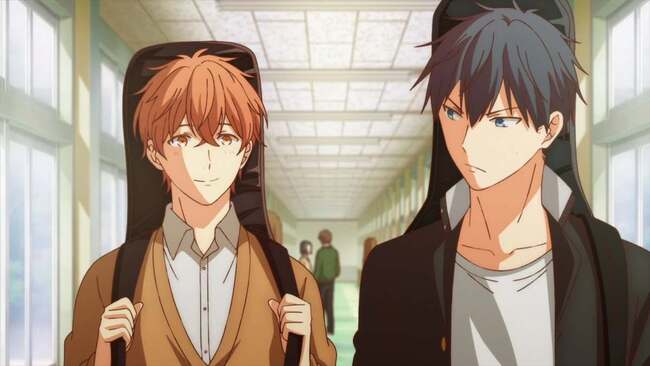 It can be described as either Yaoi, BL, or a s**ual romance between two or more men. There’s something strange about this genre, but it’s cool enough to attract viewers for more. There are some Yaoi in the entertainment industry, even though mainstream anime does not market all BL anime.

Here are 10 of the best Yaoi anime of all time, which are full of memorable characters, captivating storylines, and fiery romance.

As of the time of writing, Boku No Pico is regarded as sacred. It has been reported that many newbies are swayed to buy Boku No Pico from veteran anime experts who recommend it as a comedy anime. In the series however, the victims lose their consciousness when they arrive at the car scene.

The first time you witness Pico as a boy, and the ice-cream scene will scar you for a lifetime. However, Boku No Pico is the Holy Bible of Yaoi animation.

As the story of Keita Ito unfolds, we are introduced to Gakuen Heaven. A high school boy who wants to blend in and enjoy a normal high school life.

Keita gets accepted to Bell Liberty Academy while searching for a boarding school in high school. He discovers the social structure of his dream school during his journey into high school life and what he considered to be his new life becomes a nightmare. What will become of Keita at Yaoi school or will he give in to it? Let’s see.

Yuri on Ice is a borderline BL anime. Thus, it isn’t all about two boys having an affair. There has been good sportsmanship demonstrated in this anime through ice skating performances.

Yaoi Anime, such as Yuri on Ice, is the most acceptable and inspirational form of this genre among all of the anime ever produced. Yuri on Ice follows Japanese figure skater Yuri Katsuk and those around him.

From the gorgeous animation to the voice acting, No. 6 has everything you need for your next binge-watch. As the story unfolds in a dystopian city, No. 6, in the middle of nowhere, a boy raised by the higher ups in society shelters a low-class boy and gives him the name “Nezumi”.

Slowly and gradually, the boy falls in love with Nezumi’s innocence — and what follows, well, you know BL Manga!

In the story, Takashi Tono–a freshman at Mori Mori Academy–transfers from Tokyo to his new school. When Takashi Tono arrives at the school, he meets Kyosuke Yaguchi and joins the soccer club.

The story revolves around a love triangle between guitar player Ritsuka Uenoyam and vocalist Mafuyu Sato mixed with the other band members.

As the series progresses, it revolves mainly around four characters who all want to start their own rock band together but the four-band group falls in love with one another. It is now time for them to embark on music careers that will have them feel suffering, love and music.

Adapted from the Chinese donghua by the writer Mo Xiang Tong Xiu, Mo Dao Zu Sh is about a mysterious person who was killed in his trial but is reborn in the body of Mo Xuanyu. Through the course of the story, we will see Mo Xuanyu’s life as he plots to avenge Wei Wuxian’s death.

Along the way, he also encountered situations where he had to give in to fulfil his goals in a s**ual way.

The plot of Banana Fish revolves around Dino, a Mafia boss in pursuit of peace. Dino’s life gets turned upside down when he meets Ash Lynx after retiring from the world of crime. In the course of the story, both characters become involved with a mysterious man who dies saying “Banana Fish.”

Also, you’ll discover that the entire series is not a crime action or thriller but also features some BL elements

The world of Hatorijime My Hero is a modern take on the world, with elements of comedy and romance. It is the story of Masahiro Setagawa, a seemingly naïve teenager whose life is passing him by as he works as an errand boy for bullies in the neighborhood.

Eventually, a man known as “Bear Killer” steps in to take down the bullies when everything seems hopeless.

I was quite taken by this series about boys trying to maintain relationships with their schools.