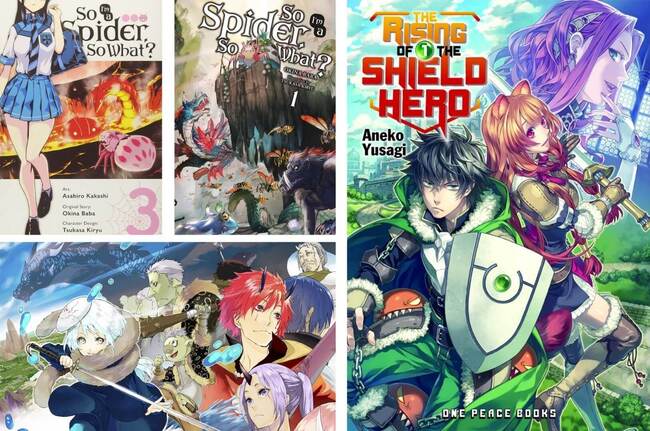 Wouldn’t it be cool if you were transferred or reborn into a parallel universe or into your favorite video game world? In a world where you have some extraordinary powers, you can do stuff that is impossible here on earth.

It is not really possible in real life, but we can experience it through the anime genre known as isekai anime, which is all about people being carried into a parallel universe. It’s as if you have been transported into their world, experiencing their amazement, their shock and wonder.

There is a lot to learn about the world through the characters, and it’s a really interesting premise. In any case, it’s not a regular world; here, we find wonder at every turn, creatures that are different and awe-striking, and people with different abilities which all makes for an interesting ride and a great anime.

So here, I have compiled a list of 10 must-watch isekai anime.

Have you ever wondered what it would be like if you were trapped in virtual reality and could not escape? Yggdrasil is a virtual reality game that trapped Momonga, and he has to find a way out of it and escape the reality of this realm. Because Momonga is trapped as the Overlord, he has some unusual and extraordinary powers to accomplish whatever he wants.

Despite his superiority, Momonga doesn’t mind being mocked for the chance to gain something beneficial. Manipulating people is a skill he possesses.

More importantly, it’s the story behind the game itself that makes this show noteworthy; it’s fascinating and full of mysteries and adventure.

The basic story may seem cliched as it’s the same as other isekai in which the protagonist gets stuck in a virtual reality game, but the uniqueness and entertainment factor make it different.

There is no doubt that this anime was the crossover we longed for but didn’t deserve. You’ll enjoy this isekai Anime if you’ve seen Re: Zero, Konosuba, Overlord, and Tanya the Evil.

From Subaru to Tanya, everyone from the isekai anime is here in this parody packed with jokes. During their regular lives, a mysterious button suddenly appears, and they are suddenly transported into another world with a school life similar to their own, but with characters from different anime series.

As a crossover, it stands out for the skits that appear throughout the episodes. This show’s main objective is to entertain you, and it accomplishes that.

Watching characters who were already in a fantasy world now find themselves in another fantasy world is fascinating. It’s like the Isekai-ception. In itself, the concept is absurd, and watching it is only suggested if you’ve watched the other four isekai anime.

A new update in the world of the famous MMORPG Elder Tale has attracted thirty thousand unique players. Shiroe, who has been a veteran of the game, along with his friend Naotsugu and self-declared student of Shiroe, Akatsuki, will now deal with the natives to bring stability to the virtual world.

Log Horizon is not the typical story of an underdog or an unbeatable MC, rather it follows a strategic character who is always behind the scenes and approaches each situation with wit, and uses the power of other people around him to dispense the problem.

There is a unique ability and role for every character while the political and economic undertones give it a mature appearance. Some parts of the show feel sluggish and dragging. If you like isekai where characters are caught in virtual reality games, this is the show for you.

7. The time I got reincarnated as a Slime

As we talk about being reborn in a new world, we don’t expect to be reborn as a slime, which is what our main character Satoru Mikami gets reincarnated as after he is stabbed by an enemy.

A slime named Mikami, who has the ability to devour anything and make its appearance and abilities, is the main character of this isekai. Dragons, goblins, and werewolves are all part of this new world. He takes the alias ‘Rimuru’ after rebirth and begins to explore the world and achieve his own goals.

In itself, the concept is very novel and fascinating. Have you ever seen a magical slime? It’s unlikely. The animation and sound design in the show is excellent.

It can sometimes seem directionless in certain places, but everything makes sense in the end. Watch this interesting anime and experience something different.

6. The Rising of Shield Hero

As part of the Four Cardinal Heroes group, four men are summoned to Melromarc to guard the fate of Melromarc against the catastrophe waves.

They are equipped with swords, spears, bows, and shields to vanquish the waves. The anime primarily centers on Naofumi Iwatani, the shield hero and the most vulnerable of all the four heroes, who has no profound understanding of the world around him. The journey he has to take will determine whether he becomes the person he is meant to become.

It makes the story even more intriguing knowing that the protagonist is not super powerful, and is actually ridiculed for it, so he ends up being the best of all. While the plot can sometimes feel rushed, this isekai is still worth watching. This isekai is not your standard isekai and has a message behind it.

After dying a pathetic and ludicrous death while on his way home, Kazuma Satou finds himself in front of the goddess Aqua. When Aqua offers him the choice of being reincarnated in a real fantasy world or continuing as it is in heaven, he of course chooses to be reborn in the fantasy universe.

In this world, he will face horrors in the form of Demons, among other things, but this is far from his concerns. As part of his fantasy world, he doesn’t expect to work to pay the bills.

This is only the beginning of his woes. Despite not being the strongest, our main character is certainly the wittiest out of all of them. Using his wit, he defeats Demons.

The only downfall to all of this is that it is really short, with just ten episodes in season 1. Both the animation and sound design are excellent. In general, the show is very good and enjoyable to watch, and it leaves a good impression after watching it.

It follows the life and adventures of Sora and Shiro, two pro-gamer siblings, as they accept an email and are transported to a new world. There are no guns or machines in this world.

Everything is done with high-stakes games, from little squabbles to full-scale wars. In their new world, the siblings find meaning in bringing together the 16 races of Disboard, defeating Tet, and becoming gods.

A very interesting and unique way is presented in the show about how to play challenging games, rather than go to war. There are well-defined rules for the game, and the characters never do anything unusual for the world they are in.

The anime ends without disappointing you and is a satisfying conclusion to the story. This show is for those who don’t mind fanservice.

3. Saga of Tanya the Evil

The premise of this isekai is very appealing. Formerly a man who challenged Being X, a supposed god, to wits battle is now reborn as a child named Tanya Degurechaff, in the realm of Magical warfare.

Tanya, hell-bent on, then tries to rise up in the military ranks despite many obstacles, mainly being x. It is interesting in the sense that the main character is a little girl and moreover she is not the ideal human. She kills many and achieves what she wants through bloodshed.

You’re constantly questioned about whether you’re supporting the right character or not in this anime. Though Tanya is born into the body of a child, she has enormous powers and her persona is quite brutal, which makes her a formidable anti-hero.

By creating the alternate timeline for World War 1, the anime becomes even more engaging. This anime has a few shortcomings such as Tanya’s character overpowering other characters, making them seem insignificant.

I believe that Re: Zero is among the best isekai. Isekai anime generally don’t try such a wide range of things. Our main character is thrust into a fantasy world with checkpoints.

In the event that he expires before those checkpoints, he must restart from the preceding one. Despite its complexity, the story is simple to follow. It portrays how a few details can drastically alter the direction of a story. As a show, you’re on the edge of your seat throughout and want the main character to be likable.

Subaru, the protagonist, unravels the mysteries of the world created. This element provides a lot to discover and does so very effectively. The supporting cast is not undervalued in the least, in fact, they are even more impressive than the main character.

The plot is also accentuated by the supporting cast. Do not wait any longer, watch it now.

I consider this to be the best anime, not just in this field, but across the board. Among the very first anime to tackle the isekai genre, Spirited Away did it amazingly. When Chihiro and her family lose their way to their new house, they come across a deserted amusement park.

Having eaten some food at the abandoned food counter, her parents turn into pigs, and she walks through the park as night sets in, crossing over into the spirit world unwittingly. Rather than a sweeping adventure story, Spirited Away is quiet, fantasy yet feels like a slice of life.

The art and sound design of the anime, as well as the story, are outstanding. All characters are neither good nor evil, but some allow their good while some allow their evil side to dominate them. A person’s perspective determines whether something is good or bad.

Despite there not being much high voltage drama or action, the story is entertaining as it conveys the characters’ love and pain as well as their warmth.

Here are our top recommendations for isekai anime and manga. Feel free to share your thoughts in the comments. We’d like to know which anime you’ve seen and which is the finest as per you. 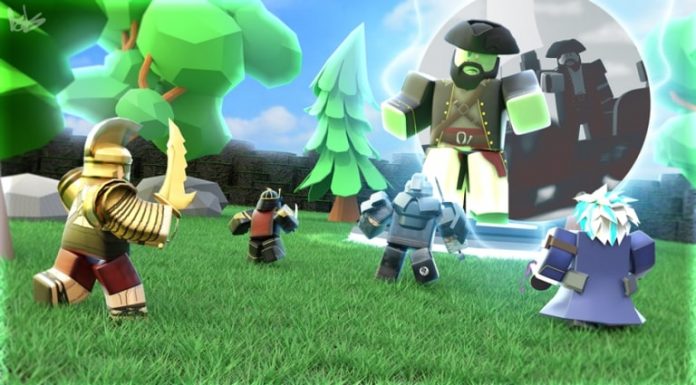 Roblox Monsters of Etheria Codes – May 2022