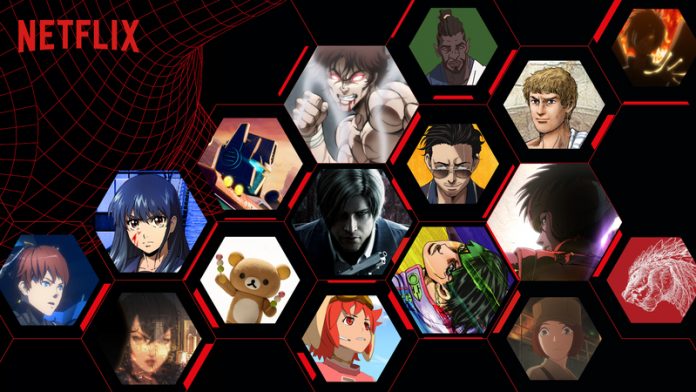 Netflix may not have a wide variety of anime but it surely has the most dubbed anime for people who love dubbed anime series all around the world.

So without any further discussion, here is a list of the 10 Best Dubbed Anime series available on Netflix.

To watch amazing anime shows, you can visit Netflix.

The series is a story that brilliantly shows the idea of co-existence. Parasyte: The Maxim, starts by showing sudden alien attacks on Earth. The protagonist Shinichi Izumi is a victim of these alien parasites who take control of his right hand because they were unable to reach his brain. Being left with no choice Migi the alien parasite helps Shinichito save humanity.

9. Code Geass: Lelouch of the Rebellion

Code Geass is the best series to understand the meaning of the unfolded potential of human intellect. The Holy Empire of Britannia has conquered over Japan and has renamed it Area 11. The protagonist Lelouch Lamperouge is a student in Britannia and was rescued by a mysterious girl C.C when he was stuck between the empire and the rebels. This girl gives him the “Power of absolute obedience” and after realizing his power, Lelouch sets out to seek revenge against Britannia.

Food Wars is a blessing to the world. The protagonist  Souma Yukihira has been helping his father as a sous chef since childhood. As he has been in the kitchen from his childhood he has developed a passion for cooking. To prove to his father that he is serious about his passion he joins the famous Totsuki Culinary Academy.

This school is renowned for “Shokugeki” or “Food Wars”. These are extreme face-offs between the students presenting their cooking skills. Further in the story we Souma and his friends struggling to keep up with the lifestyle of the academy and maintaining their position.

Death Note is an amazing and bold series to figure out the fine line between good and evil. One of the major characters Ryuk gets bored with the Shinigami lifestyle and drops his death note down into the earth to see how humans would react to it.

The protagonist Light Yagami is a high school student who finds the note. After discovering the fact that he has the ability to kill people by merely writing their names. He dreams about creating a criminal-free world and desires to be the god. But soon enough the Police discover a serial killer and hires the best detective L to look into the case.

One of the most unique and out-of-the-box Shounen shows out there- Hunter x Hunter. The series shows a world where Hunters are responsible for catching criminals and searching for treasures. The protagonist of the series is Gon Freecs who desperately wants to be a Hunter to find his father who abandoned him to be a Hunter himself.

In the process of becoming an official Hunter, Gon makes three friends  Leorio, Kurapika, and Killua. These four together take the Hunter Exam to achieve their goals.

5.Your Lie in April

If you watch this series, you will actually understand the meaning and significance of life through music. The protagonist is Kousei Arim who is a prodigy pianist who lost his love in music after his mother died. Further in the story, he meets a girl Kaori Miyazono who is an excellent violinist and enjoys her life. She helps Kousei regain his interest in music.

Haikyuu is the best the anime sports genre has to offer. Hinata Shouyou is the protagonist who gets inspired to play volleyball by a top player nicknamed “Little Giant,” who also revives the middle school volleyball team.

Further in the series, we see the  Hinata is severely defeated by the “King of the Court” Tobio Kageyama. After this embarrassing defeat, he swears to win over Tobio. But when he joins the Karasuno High School he discovers that Tobio Kageyama is a teammate. Keeping their differences aside, they play together to win.

Fullmetal Alchemist Brotherhood is a series that makes you realize that mortality is a blessing. We see two young brothers Edward and Alphonse Elric who perform a forbidden alchemy act in an attempt at human transmission. They both, unfortunately, ended up losing their left leg and a physical body respectively.

But both the brothers set on a journey to discover the Philosopher’s Stone which has the power to solve all their problems.

This series is all about following your heart whatever the circumstance may be. These were the words of the “Pirate King” Gol D. Roger and after his execution, these words bought a new era of pirates.

Every pirate has only one dream to obtain the One Piece,  Gol D.Roger’s most valuable treasure. The protagonist Monkey D. Luffy is a young boy who wants to be the  King of the Pirates but not for fame and money. His intentions are to go on countless adventures that he can do as the King of the Pirates.

Who does not know Naruto. This series teaches us the value of friendship and reminds us to never give up on our dreams. After the monstrous Nine-Tailed Fox attack The Hidden Leaf Village Konohagakure was saved by the Fourth Hokage.

The Fourth Hokage sacrifices his life and seals the monster inside a newborn named Naruto. As he grows up people start fearing him. He still tries to fit in the society and is determined to become a Hokage.