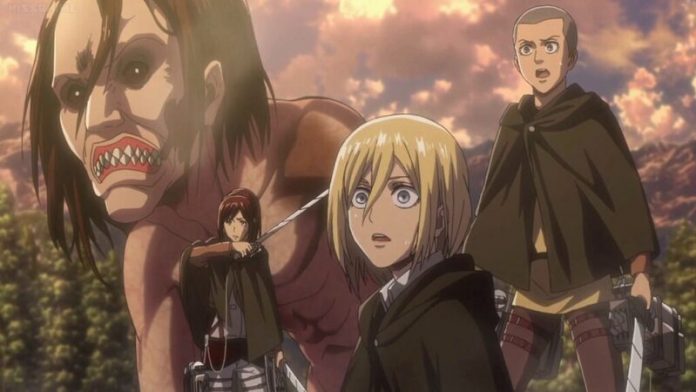 Horror in any form is such a genre which creates a long lasting impression on our hearts and especially surfaces when we encounter a frightening situation. Something like, ghosts, spirits, dark rooms etc. become the very face of horror.

Although Netflix does not have a vast collection in this genre, still there are some which are noteworthy. Here is list of the Top 10 Horror Anime Series on Netflix.

The series Sirius the Jaeger portrays the fast paced world where bloodshed is the norm. A group diverse individuals who hunt vampires all around the world is called Jaegers.

These people carry with them musical instruments to cover their identity and they are now called to Tokyo to efface the vampires feeding on humans in the city.

A small vampire apocalypse takes place in a village and the only survivor is Yuliy. Surprisingly, he has werewolf blood and he along with his team set out to slaughter the vampire, save the people and discover the mystical Ark of Sirius.

They have to and must find this mystical Ark of Sirius because if they don’t the world will surely be destructed by vampires.

This series shows a fragile-hearted human’s struggle and fight to survive in this world against the demons. Akira Fudou is the protagonist of Devilman: Crybaby and is a weak boy who agrees to help his friend Ryou Asuka in revealing the devils.

Akira is surprised when he finds out that they are going to Sabbath, a place where demon possesses over human bodies.

In an attempt to save his friend, he joins hand with hands with the devil Amon and becomes a Devilman. Together they fight to save humanity.

Ajin: Demi-Human is a messy thriller showing a boy who obliviously finds himself in a dark corner of the world. Ajin are peculiar immortal humans who are a serious threat to humanity and cannot be destroyed.

A talented doctor named Kei Nagai who knows and has seen Ajin only in the news.

Though after a life- endangering accident, Kei realizes that he is still surviving because he is also an Ajin.

The truth never comes easy and this is the main theme of the series Dorohedoro. Hole is district rules by sorcerers and these sorcerers can do anything they want from kidnapping to killing.

This is a world where people who are not sorcerers are regarded as invaluable or insects, one such person is Kaiman. He is reptile-headed man who is immune against magic and is a hinter for sorcerers.

His accomplice shown is Nikaidou, and they are looking for the sorcerer who turned head into a reptile one. This seems simple but is an extremely dark piece of content.

Castlevania shows one’s dedication to save humanity from the dangerous shackles of a Dracula. The protagonist Trevor Belmont is shown as a vampire hunter and is the last surviving Belmont Clan member.

This clan was unjustly excluded in the blames of practicing black magic. The seek revenge for his wife’s execution, Dracula sets out to extinct the entire humanity stating with Easter Europe.

Now, the whole future of the humanity depends upon Trevor’s ability to fight against Dracula.

This is a series which reminds us all to never loose hope because that is the only which keeps us motivated to achieve our goals.

The government predicts a giant meteorite collision to the earth and as preventive measures made a mission called “7 Seeds”.

This project consists of five sets of men and women who are bifurcated and put into cryogenic sleep. This measure is taken to restore the humanity just in case it gets extinct by the giant meteorite.

Among these five sets of men and women there is Natsu Iwasimizu who is not as talented as the others in this group and is underconfident.

Then begins her journey with the others to the “Seven Fuji” and survive by passing many obstacles.

There is a thin line between good and evil and Death Note is a series which remolds humanity of this fact excellently. Ryuk is bored from his Shinigami lifestyle so he drops a Death Note on the human world to see how humans react to it.

A high school student Light Yagami finds the note and after realizing the note has the power to kill the people whose names are written on it, he dreams of getting rid of al the bad people in this world.

However, the police discovers a serial killer and hires a man named L to solve this case.

Attack on Titans is the story showing humanity’s struggle to survive against the dangerous monsters called Titans.

Many centuries ago all of mankind was forces to reside behind a barrier which was made to restrict the Titans to entre in the human world. Titan are hazardous human-eating monsters.

There was centuries of peace until one day a Titan crosses the barrier and enters into the human world.

Then begins the story of survival. The protagonist Eren Yeager along with his adopted sister, Mikasa Ackerman, and childhood friend Armin Arlert form a team to seek revenge against the Titans.

Puella Magi Madoka Magica is series which peculiarly depicts the fact that greed for power is your way to destruction. Homura is a new transfer student who comes across a magical cat names Kyuubey.

Kyuubey offers two people to grant any of their wish if they agree to transform into a magical girl. However, Homura tries to convince them otherwise because he is the only one who knows the consequences of being a magic girl because he is one.

The idea of coexistence is the theme of Parasyte: The Maxim and without a doubt it is represented with excellence.

The Earth is struck by a sudden parasitic attack and the humans are unaware of the fact that these parasites take control over human bodies and brains.

Shinichi Izumi, the lead character falls prey to one such parasite but the parasite isn’t able to take over his brain so only his right-hand is captures.

Since Migi the parasite is left with no other solution, it decides to help Shinichi save humanity.