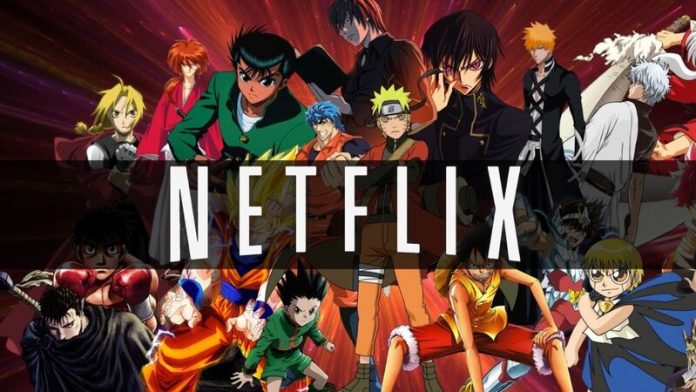 Ever since Netflix has started streaming anime and we have got series like  Gintama, Shokugeki no Soma, Dr. Stone, Food Wars!: etc, the anime community could not have been happier. As every addition is an amazing story with a combination of phenomenal characters and incredible themes.

This year as well Netflix in not going to disappoint us. There is an array of series and movies releasing this year which will surely be a worthwhile addition in our anime collection.

You can watch all the shows on Netflix.com.

1. The Way of the Househusband [Season 1] – Netflix Original

After a successful live-action adaption, Manga readers are delighted for an anime adaptation. This popular manga is illustrated by Kousuke Oono. The protagonist of the show is Tatsu who is also known as the “Immortal Dragon” and is a former Yakuza boss. Miku is Tatsu’s wife and inherited from his Mafia business to support her. Will Tatsu be able to enjoy the normal life or will he get reeled into his old ways again? Watch to find out.

This upcoming series Eden has been directed by Yasuhiro Irie whom we also  know as the director of Full Metal: Alchemist.

The story shows a city named Eden 3 and its inhabitants are robots whose masters have left a long time ago. In this world humans are just ancient mythical concept. One day, two farming robots find a human girl and take the decision to raise her secretly outside Eden.

Pacific Rim: The Black is the next part of the Pacific Rim: Uprising. The story shows Australia under destruction due to some creatures and after some continuous fights with Kaiju. The entire continent leaves their home but a pair of siblings is left behind. Further the story shows their journey to find their parents.

A series that has always been famous Resident Evil. the plot is set some years after Resident 4 incidents. The two main characters Leon Scott Kennedy and Claire Redfield work together to destroy zombies.

The manga series Baki the Grappler has been illustrated by Keisuke Itagaki. We have all been looking forward to this series. The show will follow the end arc of the manga and we ultimately get to see a battle between Baki and Ogre, Yujiro.

This great monster Godzilla comes again. We are getting a new Godzilla anime series from the franchise. The interesting fact is that the creator Kazue Kato will be characterizing the series. We know this creator from Blue Exorcist as well. The story shows Godzilla vs. Mei Kamino, who is a researcher and an engineer Yun Arikawa.

This manga is an amazing adaptation. If you are crazy about horror this is your jam. The protagonist Yuri Honjo is a high school student who lives in a merciless world where people wearing masks kill people randomly. Furthermore, to survive in this world Yuki will have to be their victim or kill their victim.

8. Vampire in the Garden – Netflix Original

All the people out there who love blood and vampires this anime should be your go to. The story shows a world where vampires and humans lived together in peace for a long time.

But after a few year things changed. A place where playing a violin or looking at the outside world is a taboo, how will a girl with great ambitions live in world like this?

A real life African samurai Yasuke is the protagonist of the series. We know that he has served Oda Nobunaga. People who are well versed with the Japanese history about Nobunaga. The series will tell the story of this great samurai.

Trese is a famous Filipino manga that has also secured various Graphic Literature awards. Netflix is set to adapt this manga. The plot shows Alexandra Trese as the protagonist who is a detective of the supernatural crimes that happen in the capital of Philippines.