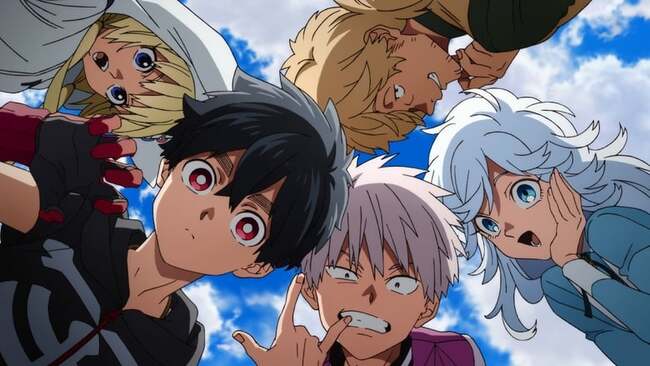 Kemono Jihen dwells deeply into yokai territory that hasn’t been explored recently in an anime. Kemono Jihen’s very first episode captivates the viewer’s attention by setting up a mysterious and gritty situation directly from the start.

As part of an investigation into a mysterious case of animals being killed randomly, a detective who specializes in the occult is befriended by a village boy. In the second episode, Kemono Jihen shifts from a village setting into a metropolis like Tokyo, which might sound odd, but it isn’t. Both the animation and the characterization are great.

In this post, we’ve compiled a list of the top 10 manga and anime you should watch like Kemono Jihen, which have some supernatural elements, dark themes and acquit the supernatural genre.

Kotoko Iwanage was just a child when she became the mediator between humankind and the youkai.

Every time Youkai wants to resolve an issue with humanity or a supernatural spirit, they contact Kotoko.

As Kotoko approaches Kurou Sakuragawa, a university student who just broke up, with the hope of having a relationship with him one day, they go on a quest to fight spirits and unravel supernatural secrets and become stronger every day.

Character arcs and bonds are both shown in In/Spectre and Kemono Jihen.

Combined with the Supernatural element, both have an underlying comic tone.

As with both anime, the audience is thrown into chaos right from the beginning and the mystery unfolds slowly.

While visually quite engaging, In/Spectre is more dialogue-based, which means we have to pay attention to every dialogue as viewers as a means of understanding what is happening, which is intriguing to some and off-putting to others.

It’s definitely worth a watch if you’re a fan of the genre.

Unlike any other manga, this manga takes place in a futuristic city, in 2050 Tokyo. It works similarly to Kemono Jihen and features monsters, ogres, etc., as well.

Just as humans have grown tired of fighting with the Monsters, in a human-monster society. The series follows Kyoko Karasuma, a teenage girl with the ability to fight the Monsters, who joins the Asakusa police department.

The characters are very well developed and the relationships have a very real feel to them. It is also very beautifully illustrated and conveys emotion well. Kyoko, like Kabane, discovers herself on the journey to battle monsters as well as her strengths and weaknesses.

Characters’ journeys and actions are justified and do not feel forced. Those who liked Kemono Jihen and liked reading Manga will enjoy this.

An anime that follows the life of Shape-shifting Tanuki, who live among humans in modern day Kyoto. On the surface, their relationship with humans seems idyllic, but that is not the case.

Inugami consultancy agency is the perfect place if you like the bond shared among all the people, how they depend on each other for support and help. The plot revolves around Ysaburou, a shape-shifting tanuki, and Benten, a human.

This anime captures both the tension intensity and the conflict of real life very well. By doing this, the world created is made that much more real, and it makes the characters and incidents seem more real as well. This animation is a delight. Aside from its intense parts, this anime has the perfect amount of comedy and silliness.

I think what makes this anime so special is the relationship every character builds, so we are rooting for them just like in Kemono Jihen.

A helpless God? Have you ever witnessed that before? Yes, Yato is such a being. Despite his exaggerated desire for millions of followers, Yato is a minor deity with very little importance.

Having been kicked out of his weapon partner’s group because of his ineffectiveness, he’s looking for a replacement when he encounters Hiyori Iki, who saved his life, and now her soul has free rein over her body.

Several storylines are present, like those of Hiyori, Yato, and Yukine. Each has its own set of problems, but their fates are now intertwined. As with Kemono Jihen, it focuses on character development. Although each character has their own flaws and qualities, they complement one another and don’t overpower one another.

This anime is for those who enjoyed Kemono Jihen’s intricate world-building and also enjoy drama.

Kemono Jihen vibes are most likely to accompany your enjoyment of this show. In addition, Bungo stray dogs contain a boy who possesses supernatural abilities and due to his very different nature, he stands out and even is thought to be responsible for the strange occurrences that take place around him.

As with Kabane, Atsushi is also introduced to an eccentric man who is going to change his life forever, and who is associated with a detective agency which deals with a lot of supernatural phenomena. The story has been handled differently and it has also been presented in a completely different way from Kemono JIhen.

It takes Bungo Stray Dogs about 2-3 episodes to establish its place inside your heart. Both the artwork and audio are well done. Therefore, if you are into heightened emotions and like Kemono Jihen, you should definitely check out Bungo Stray Dogs.

Many daring students have attempted to reach Hanko-san but to no avail. Hanako is suddenly summoned by Nene Yashiro who traps her in a world of supernatural beings and asks her to work as his assistant. Hanako Kun and Kemono Jihen both feature teens experiencing supernatural phenomena.

There is both a dark undertone and a comic element to both tales, and both are very engrossing stories that carry a lot of meaning behind their characters and their history. There are shades of grey in both anime series characters. They don’t feel purely black and white and have underlying motivations.

Hanako Kun is perfectly timed and doesn’t feel out of place in the comic. Just as Kemono Jihen takes risks in storytelling, it also makes its intentions clear from the beginning. I recommend it regardless of how you feel about Kemono Jihen.

Despite being a bit more easily going and humorous than Kemono Jihen, both feature kids who are misunderstood and who possess unpredictable power and who learn to control the power under the guidance of an experienced mentor. Mob psycho 100 is less serious and intense than Kemono Jihen.

The mob and Kabane share similar struggles in fighting the demons and saving loved ones, however, their stories serve very different purposes. I think it’s very fun, not too gritty. Generally speaking, it’s enjoyable.

As far as Mob and Kabane are concerned, the mentors in Kemono Jihen and Mob Psycho 100 are not very similar except for their acceptance of them as honorary students.

As a detective Inugami entered Kabane’s life with genuine affection and attachment as soon as he met him, whereas Reigen was a con man who initially used Mob for his own gains, but later on grew to care for him. Mob Psycho 100 is a good place to go if Kemono Jihen threw you off.

When you think of Kemono Jihen, the first thing that springs to mind is Tokyo Ghoul. It’s not only a Tokyo-based manga similar to Kemono Jihen, but also features a half-ghoul character. Both have a similar setup and intrigue, even if they have different stories and characters. Kemono Jihen is more subdued than Tokyo Ghoul, which is more stylized and dramatic.

Their common characteristic is that they both make you root for the most despicable characters who eat humans.

There are strong similarities between Kemono Jihen and Tokyo Ghoul, as both are about conflicting emotions between two characters named Kaneki Ken and Kabane Kusaka. Kaneki Ken’s only difference from Kabane is that he wasn’t born half-ghoul, but other circumstances dictated that. I highly recommend watching Tokyo Ghoul. You won’t be let down by Tokyo Ghoul if Kemono Jihen feels a little bit mellow.

While Kemono Jihen and Mononoke share only a Supernatural genre, Mononoke is an anime that deserves to be mentioned. An occult specialist named ‘The Medicine Seller’ travels across the pan with one objective in mind: to kill a group of spirit-beings are known as ‘Mononoke’.

A medicine seller cannot just get rid of the spirit that easily. He must learn what the spirit is and what it is trying to do, only then can he get rid of it. In his journey, there are many exciting, mysterious aspects. Each episode, we meet a new spirit who the medicine seller must learn about in order to kill off, which makes for an exciting premise.

You will not be able to look away from it until the very end – the last arc. We’re always surprised by what the anime does next. Despite the art being different from the norm and causing some people to be put off, others might find it beautiful but watch this for the story, the characters and the world it creates. You shouldn’t miss this.

With a lot of story possibilities and potentials, it is definitely a Breakout anime. The game Jujutsu Kaisen takes place in the present like Kemono Jihen, and it concerns two overpowered individuals trying to fight spirits alongside his friends. Gojo Satoru and Inugami are powerful and able mentors who can help their students to the best of their ability.

In the same way Kemono Jihen did, Jujutsu Kaisen will draw your attention right away. As soon as the first episode begins, the viewer finds himself in the middle of Chaos. A feast for your eyes and ears, the animation is wonderful and the sound design is even better. You will love the characters and be moved by them.

There are a lot of mysteries to unravel in both anime, as well as a lot of avenues the story can go down. Jujutsu Kaisen is a well-made watch you will love.

We think these are the must-watch anime and manga like Kemono Jihen. Let us know what you think in the comments. What is the closest anime to any of the following you have seen? 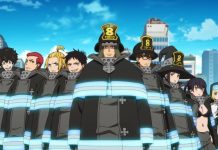