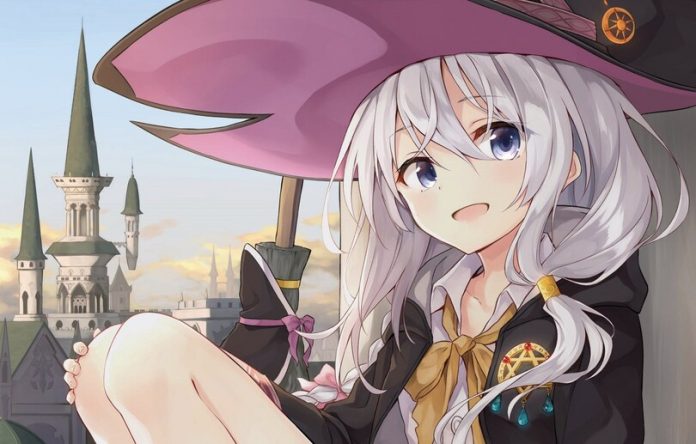 Majo no Tabitabi (The Journey of Elaina) is a series that is morally enticing slice of life episodic drama. It starts with some happy-go-lucky stories but further in the story the whole plot turns into an emotional wreck drama. Every episode in the second half turns into a twisted knit of events.

The thing that makes Majo no Tabitabi different from other series is that it plays its game with delicacy. The story of the series infuses a lot of imagination and the direction is par excellence.

The most basic form of life shown in the series is Mushi. It is the purest form of life that survives in the world. These are thing who don’t have dreams to fulfill or goals to achieve, however, they can mimic things from the real world.

This series is more inclined towards showing the adventures of Mushi Master, Ginko. He is a man to whom Mushi is visible and he can interact with them.

The protagonist Akko Kagari is an ordinary girl who visited the Magical Festa which is a magic show. A witch named  Shiny Chariot hosts this show and she is an idol of Akko. After being charmed by Shiny Chariot’s performance, Akko also dreams of being a sassy witch like her.

To turn her dream into reality, Akko joins the Luna Nova Magical Academy. This is a famous academy that trains young girls to be witches. Although the path to becoming a witch is not easy, it is a road of thorns for all those without any magical background.

A war took place and Chito and Yuuri are among the last survivors. This duo began traveling to all the destructed old cities by an old military vehicle. Their only motive is to find a place to survive for the rest of their lives.

Chito is the intelligent one in this duo who is able to find useful things from all the thighs that are left behind after the war. Yuuri is the one with strength who carries a gun just in case they are attacked. One peculiar individual named Shoujo Shuumatsu Ryokou follows these two everywhere they go.

04. Ookami to Koushinryou (Spice and Wolf)

The plot of the series is set in a town named Pasloe. There is a harvest pagan ceremony held every year in this town and this is a way to offer honor to the God of Harvest.

The protagonist of the series is a traveling merchant named Craft Lawrence who cycles from town to town to raid various goods to earn some money.

One day when he was in the town of Pasole, he encounters a sleeping wolf-girl. The name of the girl is Holo and she is the goddess of the harvest. She makes a deal with Lawrence that if he takes her around with him and helps her return to her home she will assist him in his trades.

05. Somali to Mori no Kamisama (Somali and the Forest Spirit)

Humanity is going to extinct due to a war between humans and non-humans. The whole world is governed by spirits, goblins, and all kinds of strange creatures. Each human discovered from anywhere is hunted and killed.

The protagonist is a young human girl named Somali. She was found by a Golem who discovered her while he was patrolling the forest. But by the end, he takes care of her and becomes Somali’s father.

06. Kino no Tabi: The Beautiful World

Kino no Tabi shows a young traveler named Kino. She travels around with her surprisingly talking motorcycle, which she has named Hermes.

She goes to various countries and gathers the experience of their traditions and culture.

In this whole journey, they meet different kinds of people and learn new things. However, there is one rule Kino follows strictly, that she would never stay in a place more than three days because she is afraid of settling down at any one place.