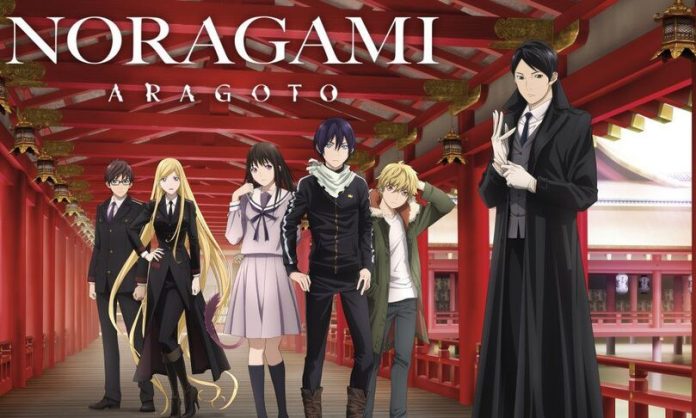 Noragami is a series that gained immense recognition from all anime fans because of its excellent storyline which shows spirits, gods, and humans. Unfortunately, the anime stopped airing after Season 2 also there is no such official information about any new season.

Keeping aside some gods from the anime, the manga consists of a plethora of other heavenly beings and supernatural creatures. Each character has his/her strengths.

However, it is still difficult to rank who is the strongest majorly because of the shinki and their various forms of power.

This list is for both who have read the manga and are curious to know more and also for those who want to see something fresh. Dive in to know the 10 Strongest Characters in Noragami!

A God of Calamity and Depression and one of the three main protagonists is Yato. He is superiorly skilled at combat techniques like swordsmanship and spear man ship. He is surprisingly so powerful that he defeated Takemikazuchi, a God popular for his legendary combat skills.

Yato’s shinki Yukine is a Blessed Regalia who has the power to tear heaven apart, literally! Moreover, together with him, Yato gets the ability to cut ties with people and be with anyone.

The Highest Rank God, the Sun Goddess- Amaterasu. She possesses the ability to ask her other fellow Gods and Goddesses to complete a certain task and she is the one in command.

She has three sacred treasures and she can reincarnate, unlike any shinki. Those three things are Mikagami, which represents a mirror, Mitama representing a jewel, and Mitsurugi representing a sword.

These three things are proof of her divinity.

One of the main antagonists of the series and the God of Calamity similar to Yato is Rabo. His major power is water manipulation which he uses to create dangerous clones and water swirls to trap his enemies.

His shinki is Nora also known as Reiki, who he used to attack Yato. Moreover, he also can summon and store phantoms and merge them.

In his fight against Yato which took place in the second half of the series, he lost that fight. But the fact that he lasted long against Yato should be appreciated.

Bishamonten aka Bishamon is one of the Seven Gods of Fortune and also the Goddess of War. she is a powerful God and is worshiped and adored by humans.

Kazuma, a Blesses Regalia is her shinki and has already defeated Kiun who is considered one of the strongest in heaven. In the vessel form, he has the ability to navigate and discover others and has no weaknesses.

The God of thunder and swords is Takemikazuchi. He is one of the top rankers in Heaven and is famous for his combat skills. His abilities include conjuring and controlling clouds, manipulating lighting to take the shape of a dragon.

His shinki is the strongest, Kiun which is known to be undefeatable in wars and has full control over lightning.

An Emishi God who was vanquished by the heavens- Arahabaki. But once he rejuvenated, the guard from heaven took his place and chose his shinki, Shiigun.

Shiigun is considered amongst the strongest shinkis in heaven. While in the vessel form it has the power to alter into a whole army while still being on horseback and can defeat his enemies a long time before they even reach close to him.

Kofuku belongs to a group of title less gods who are not even worshiped but she is still the Goddess of Poverty who is unimaginably powerful.

She is not so famous amongst the gods in heaven because there is always a bad omen that follows her and her ability to tear open portals to the underworld.

Her major ability is to finish any good luck, even the Good Fortune of the Seven Gods of Fortune. She is so powerful that she can stand and face Bishamonten, the Goddess of War.

Her shinki is Daikoku, which when in vessel form enables her to force a Vent to open and summon some large amount of Gloom.

Son of Izanami who is the queen on the underworld and the God of Fire and Volcanoes is Kagutsuchi. He possesses the ability to start and control a fire by just breathing flames towards his target.

The proof of his legendary levels of strength is the time when he was called to subjugate Bishamonten, the Goddess of War.

It was Father’s wish which came true in the form of Yato’s birth. He is maybe some centuries-old but is still surviving because he lives in the bodies of other humans. He can call upon Phantoms and hates the Gods and so has betrayed the Gods.

Father has at least two brushes that empower him to summon and control  Ayakashi and along with that hide them in humans. We still don’t know the maximum capacity of his power. His shinki, Nora aka Mizuchi has the power to make other shinkis struck by it and captures their memories of their previous lives.

The Queen of the Underworld and the strongest character of the series is Izanami.

She is the mother of Ebisu, Kagutsuchi, and the first gods. She had the power to order numerous hordes of Yomi entities to hunt down targets and constrict them. Through this, they can never leave their realm.

Contrary to other gods, she is not able to use shinki as they are pure souls. He possesses abilities to create the Mandates of Hell (Phantoms Brushes) and she uses this to summon Phantoms. Izanami is also capable to connect to the Yomi infrastructure which helps her to discover others and block their escape routes.