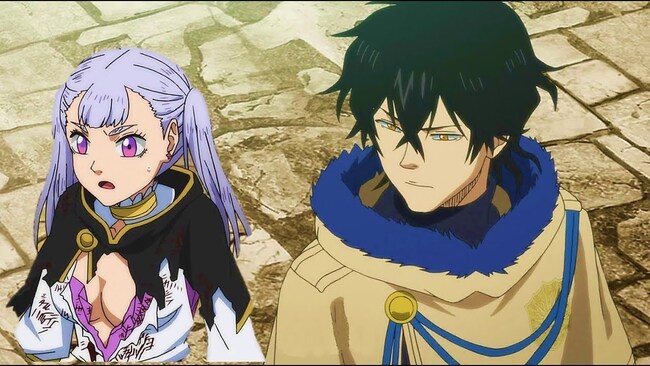 We know Asta and Yuno as orphans raised by the Hage village church. Their whole life journey of growing up and learning has shaped them to be strong and mighty Magic Knights. Such Magic Knights, who serve as the front line warriors against the evil Dark Triad and their Spade Kingdom servants.

But the fans still have questions about Asta and Yuno’s birth parents? Their actual roots? What happened to their parents? And so many more intriguing questions we all eagerly need answers to and for all those curious minds, here we are unraveling Asta’s and Yuno’s secrets.

Who are Asta and Yuno’s Parents?

Lichita is Asta’s mother. She died while protecting Liebe (Asta’s devil) from Lucifero. Lichita had the mana-sucking disease as Henry had but Asta was manaless because his mana was taken away while he was in the womb.

Yuno has wildly shocking parents. The Grinberryall royalty, Lord Ciel, and Lady Loyce from the Spade Kingdom are Yuno’s parents which makes Yuno the true and deserving heir of the Spade Kingdom.

The story of Asta’s mother and the Devil

If you notice, you will see that Lichita and the Devil had a significant correlation to such an extent that Lichita made the devil her son. Meanwhile, what about her real son, Asta? Why did Lichita abandon him? Surprisingly, she didn’t have much of a choice in that matter.

When Lichita appeared in the picture, we were not made aware of the unusual situation of her body. Lichita’s body could absorb any energy and mana from any living being around her, this is why Asta doesn’t have mana.

But there was only one exception Liebe- the Anti Magic Devil. He could dauntlessly be anywhere near Lichita because he did not have the mana.

We also see Lichita leaving Asta at the church to protect him from herself as being near her could have dangerous consequences like the removal of any vital energy and mana being taken away from his body.

Rather than summoning Asta to an early death. Lichita chose to let her child be raised away from her but little did she know that Asta was already born without mana.

Devils are all born with ranks and strengths. As Anti Magic Devil was born without mana, he was ranked the lowest. This also led him to be a subject of bullying and torturing from the highest ranking devils.

During one of these torturing sessions, AMD was thrown in front of the after world by a high-ranking devil. Instead of trembling and shattering as everyone expected, AMD smoothly passed through the gate due to the lack of mana and entered the human world.

Unfortunately, even after entering the human realm, he could not live peacefully as the humans thought he was evil and hence we’re always hunting for him.

After the immense levels of suffering and pain, AMD surrendered and was prepared to face death. But here’s what happened, the time he opened his eye, he was in a bed with all his wounded tended. Lichita saved AMD.

So technically, AMD is Asta’s brother, however not biologically.

Chapter 233- “Fate Begins to Move” is the place from where Yuno’s true family and lineage came out in open, upon the arrival of a messenger.

Ralph belongs to the family which has served the Spade royalty for generations. To convenience Yuno about the truth, Ralph uses a spell to enlighten Yuno’s childhood memories.

The spell tells Yuno about the downfall of the Grinberryall family’s descent and that the Spade Kingdom is conquered by the Zogratis siblings.

It was Ralph’s father who bought Yuno to Hage in an attempt to save him. Yuno is an exact image of his father Lord Ciel and the magical necklace discovered at the Grand Magic Zone is the life proof of his family.