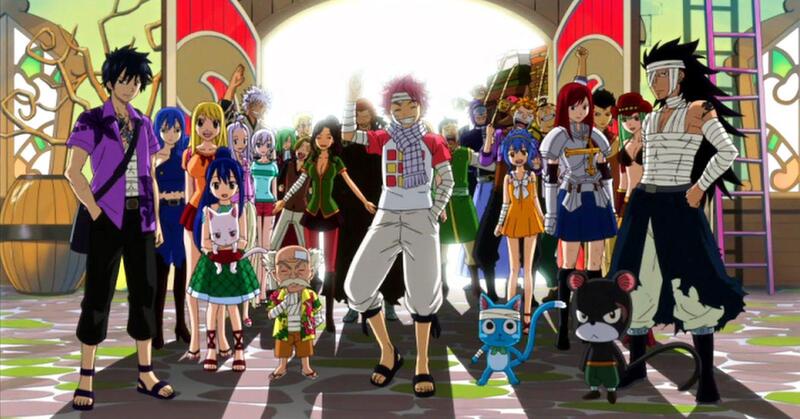 Comedy is a difficult genre to produce, it isn’t an easy nut to crack. There isn’t much popular comedy anime available due to the fact that comedy is not everyone’s taste. Although who doesn’t want to enjoy laughter-filled moments in life?

This genre envelopes every other emotion and presents it in an effortlessly impactful way. So, here is a list of the 10 Trending Comedy Anime on Netflix!

Love, Chunibyo & Other Delusions is set in a delusional world and is a crazy story. The lead character Yuuta Togashi is embarrassed about the fact that he was a Chuunibyou in the past.

He was so embarrassed that he joined a high school far from his native place. Chuunibyou are individuals who claim to be possessing mystical powers.

He is now struggling to get rid of his past as “Dark Flame Master”  and in the process, he comes across Rikka Takanashi. Rikka Takanashi is his classmate and is the vessel for the “Wicked Eye.”

This makes him forget about the embarrassment he had regarding his past because now he is accompanied by someone similar to him.

One Punch Man is made on the theme that the only way to success is through hard work.

The protagonist Saitama is now an extremely strong individual because he undertook three years of hero training but in the process, he goes bald.

The enthusiasm and thrill that he normally feels during a battle is something he doesn’t feel anymore because he is able to defeat any enemy through just one punch. Everything changes in his life when he encounters Genos.

Genos is a cyborg who wants to be Saitama’s disciple. Later in the story, he puts an offer before Saitama to join the Hero Association and become a legitimate hero.

Monthly Girls’ Nozaki-Kun is an emotional wreck. The protagonist of the series is a high school girl named Chiyo Sakura who falls in love with Umetarou Nozaki who is a talented mangaka.

After some time Sakura realizes that Nozaki is a famous and respected shoujo mangaka pen named Sakiko Yumeno and she later becomes one of Nozaki’s assistants. Her whole life transforms when she meets Nozaki’s friends.

Aggretsuko is a story that shows how you can let out your feelings and frustration through music.

The protagonist Retsuko is a red panda working at an office and her boss is a jerk. The other co-workers are bust sucking it up to the boss and she works night shifts with some extremely lazy-ass co-workers.

To let out her frustration she sings death metal at a karaoke club but soon she likes the idea of letting people know about her life through music.

The Devil is a Part-Timer is a funny story of a demon who works to get himself food. A demon named Lord Satan is going to conquer the Ente Isla but she forces to go through a portal to the human world.

A hero named Emilia is the one who sends him through that dimensional portal.

Demon Lord Satan along with his loyal general Alsiel gets stuck in Tokyo. Without magic, he is powerless in the human world, and Satan covers himself as a normal human named Sadao Maou.

With this disguise, he starts working at a fast-food restaurant in order to feed himself. Later in the story, he decides to conquer the earth.

Maid-Sama Is a hilarious story of how one gets close to someone’s heart. Seika High School has recently been turned into a co-ed high school from an all-boys school.

Misaki Ayuzawa is the first female student council president aka Demon President. This is because she is an extremely strict and disciplined nature. But she has a secret life apart from being a president, she works as a part-time maid in a cafe.

One of the students from the school, named Takumi Usui finds out her secret and blackmails her that if she doesn’t do as he says he would tell everyone at the school. He uses this as an excuse to get Misaki close to him.

K-On is a musical story being shown through a bunch of happy and cute girls. Yui Hirasawa, a girl who believes in living life to its fullest and is doing so in both school life and daily life.

She is on the hunt to find a club that matches her interest levels and that is the time she gets to know about the Light Music Club in her new high school.

She immediately joins the club but soon enough quits the club when she realizes that she doesn’t know how to play any instrument.

But the club was on the verge of being disbanded and to not let that happen the other members lure Yui back to the club.

Teasing Master Takagi-san shows a boy who is being teased by a girl and the story is a cute embarrassing one. The protagonist Nishikata is always being teased by Takagi and he is never able to get back at her.

Takagi is a girl who knows so much about Nishikata and gets the chance to take advantage of him.

Being on the ultimate verge of losing his control Nishikata vows to embarrass Takagi the same way she does.

Ouran High School Host Club is a story build around the life of a girl who is disguised as a boy to work and pay off her debts. The protagonist of the story Haruhi Fujioka joins the elite school Ouran Academy with no special title or rank which resulted in her being the most unique of all the other students in the school.

All Haruhi wanted was to study in a peaceful environment but she suddenly intrudes into the Host Club which was led by Tamaki Suou. Tamaki Suou is boy with a princely personality and is always followed around by other unconventional students.

The Host Club is an all boys club which is made to entertain the girls of the school.

Haruhi tries her best to escape from the club but when she accidentally broke a vase costing eight million, as a punishment she had to become a member in the club.

As she disguised as a boy she never expected her life to have so much drama which was coming ahead.

1. The Disastrous Life of Saiki K.

Nothing comes easy in life, the more simpler it looks the harder it is to achieve and The disastrous Life of Saiki K. is an anime which skillfully portrays this as a theme.

The protagonist Kusup Saiki is a man who has been blessed with special psychic powers which include X-ray vision, telepathy and other superhuman traits.

Although, for Saiki these powers are like a curse because it restricts him from living a peaceful and carefree life, the one without any chaos.

The more he desires a normal regular life the more peculiar characters enter in his life being attracted to him. Through this he soon comes to his senses that living an ordinary life would just be a dream for him.