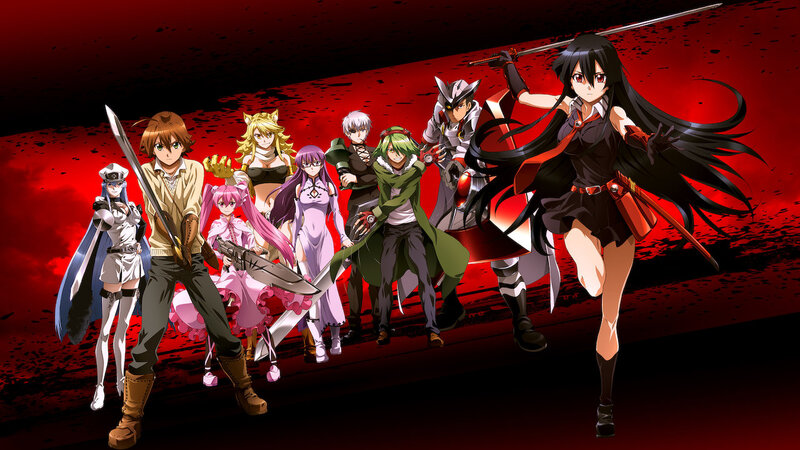 Akame ga Kill is one of the most popular series, but have you wondered why? Maybe because of its capturing plot? Or the military theme? Perhaps it’s eminent characters?

Perfect for an action-adventure storyline, Akame ga Kill is famous because of all the above-mentioned characteristics. Each of its episodes is brilliant and keeps the audience hooked in the story. The cheery on top in each episode is its powerful and charismatic characters, cliffhangers, and endings.

With so much appreciation towards the characters of the series, here is a list of the 10 Strongest Characters in Akame ga Kill!

*Note: Characters in the list are ranked according to their power shown in the manga.

Bulat is ranked amongst the highest placed Imperial Officers because there is no question that he is the strongest and quickest Nigh Raid assassin. Along with this, he is popular as the “100-Man Slayer” because of his superhuman strength, invisibility, dexterity, and durable armor.

He was given this title after the war, where he killed 100 men and this should also be the reason that he can easily win against any challenger. Also, we see that Bulat is in no need to go to the gym and build his body because all he needs to do is to summon his armor-type Teigu sword (Incursio) and tadaaa! There is a whole-body transformation he goes through, where his body changes into a full-fledged armor after his sword unleashes its power.

Najenda has several years of military experience, and so he served at the position of  a general at The Empire and then he became the Head Assassin at Night Raid.

He has a cunning mind and a calm personality which together make her an amazing leader. Over looking his dressing, he reflects a mighty masculine appearance and a firm aura which is the justification for his title “The Hunk of the Rebellion”. The time when he was incompatible to Pumpkin, he fine tuned his skills and became the master of  Susanoo. Susanoo is a human Teigu. His regenerative skills, string immunity to poisons and toxins make him useful during any battle.

Grand Chariot and Mastema. He has an intimidating presence because his Grand Chariot is “Carnage-Incarnate”, implying that it was formed after Incursio.

Wave tends to employ his whole body the black Grand Chariot armor  in case of both attack and defense. This is proven to stand strong against Pumpkin’s blast attacks and also break the shields of Cross Tail. The “Thousand-Mile Flight” enables Wave to germinate “God’s Wings” and fly. This techniques helps him attack his enemies by a shooting feathers.

The master puppeteer and the one with the skills to dodge even sniper fire, is Kurome. She has the ability to wield 8 puppets while thinking about how many victims will survive.

Her special power is Puppeteer sorcery because she is shown to have no natural talent. Although, her real and actual strength is manifested in her swordsmanship-assassination skills.

During her childhood days, she was trained by the The Group of Terror and was also exposed to some experimental drugs. These drugs assisted her in achieving in the 7th rank even though she doesn’t possess any innate talent.

Furthermore, her reflexes and tolerance power have increased insanely. So there are only two possible ways to defeat her: crushing her heart or decapitating her.

Mine has a tsundere personality and this is the reason for her popularity. However, along with this, she is a heroic girl and the strongest female assassin after Akame from Night Raid.

One of the highlights of the show is Mine’s unexpected romance with Tatsumi. Being a “genius sniper”, her pride relies in her spirit Teigu gun named Pumpkin. This weapon is special not only because it can fire lethal ammunition but also because it has the ability to reflect the emotions of the user.

However, when Mine unleashed her most strong and passionate emotions during a fight, this sword overheated and became useless. Although, she was still able to retrieve control of the Teigu and employed it to literally cut her enemies in half.

Great General Budo is a member of the Imperial Army and also the Jaegers factions. Though he is the antagonist, his Adramelech Teigu pushes him to the 5th position.

He is renowned for the “Thunder God’s Rage”. Budo has the power to control the weather, raise thunder, and flash lightning. There is a striking similarity between his elemental powers and his personality because of his enthusiastic sense of devotion towards The Empire.

However, after gathering knowledge about all the corruption taking place inside the palace walls, he made a vow to track down the investigate the whole things and cut out the culprits from the root. Along with this, he is also responsible for overpowering and destroying the Revolutionary Army.

Though his trump card is unknown, various of his techniques like flying, throwing electric balls, and shooting lighting, conceal the strength and speed of all the other characters ranked lesser than him.

Shikoutazer is a mysterious type of Teigu armor that is found hidden underneath the palace and The Emperor is the one who uses it. The existence of the armor is buried so deep in secrets that even the  Former General Nanjenda had no idea about any such weapon.

This was specially created for the First Emperor of The Empire. It was meant to be used as a last resort in case The Capital’s citizens uphold a Coup D’état. We also know that Prime Minister Honest also uses it sometimes for his personal gains.

Being an innocent child, The Emperor doesn’t have much knowledge so he follows Honest’s instructions. To let the creatures named “Danger Beasts” project from its mouth and destroy the enemies, he uses the Shikoutazer’s “Purge Mode.”

Tatsumi is the Night Raid male rookie protagonist but not only this he is the strongest in his Final Incursio Evolution form. Once he is in the dragon form, there is nothing that can stop him from destruction.

Tatsumi’s body has adapted to the reptilian feature of the Tyrant’s dragon. His half shows Tyrant’s face and instead of hands, he has a fire-breathing mouth, gauntlet-wearing claws, and protruding horns, scales of a serpent!

As evident, Akame is the female protagonist and is shown as the second strongest character in the series. Her major appearance in the series is seen when she made the final blow towards Esdeath’s heart!

Akame from the start has been trained to be an assassin in the shadow of one of Gozuki. She is the master of swordsmanship especially firearms and hand-to-hand combat.

As she has been dealing with poisons from a very young age she had immense knowledge on the topic of medicinal herbs and had her way with all the wilderness. “Red Eyes” is the meaning of Akame and hence we see the crimson eyes. One-Cut Killer: Murasame is the name of Akame’s Teigu.

The time this sword strikes her opponents, they instantly die because of the poison that was diffused in the blade. But as everything comes with some disadvantages, this sword also has one which is that the sword can only kill one person at a time.

The strongest character in the series Akame ga KILL! is General Esdeath of The Empire. The reason for her being the strongest is not only because she is a master strategist with a clever mindset but also because of the fact that she designed 3 Trump Cards even after being the possessor of the “Demon’s Extract” Teigu.

Moreover, we know that she is an Ice Queen, so anyway her elemental powers are manifested by the Trump Cards. Her powers like  “Ice Cavalry” enabled her to make ice soldiers, whereas on the other hand “Mahapdama” helped her freeze time.

Along with having icicle powers, she is an ace player at hand-to-hand combat because of which she is also an amazing combatant against Akame. Interestingly, Esdeath is also a bounty and tribal hunter. Her playtime sport was hunting wild Danger Beasts and selling their carcasses for money.

This may make her seem like a cruel person towards animals but she does keep a pet dragon and uses it for aerial transportation.