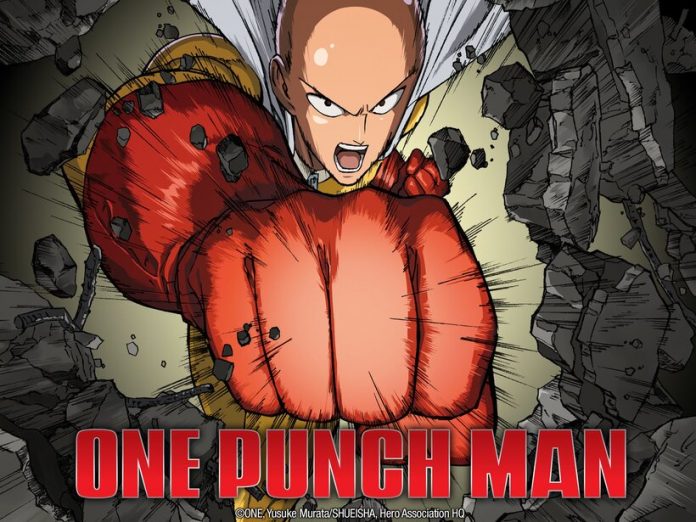 One-Punch Man is a series shot in a world where people possessing various powers can enroll in school to become professional heroes. These heroes are supposed to fight against the enemies of humanity.

The power scale in the series is named like Dragon level threat, etc., but a more precise measure of power is by seeing who can take how many pouches from Saitama and also see how one defends against him.

For all the One Punch Man fans out there we have closely examined all the characters in the series and made a list of the Top 10 Strongest Characters Of One Punch Man.

Darkshine is an immensely impressive character who was highlighted in the Monster Association raid. He quietly took on all the attacks thrown on him by the Bug God- Denon Level threat. Whereas he didn’t have to because just one shot and Bug God would be destroyed.

The best fight we have seen him in is the fight against Garou, where he was able to take all of Garou’s blows and on the other hand Garou was on the brink to break his limiter. Darkshine’s single attack broke Garou’s ribs.

The most powerful monster in the world and the very famous Monster King- Orochi. However, we haven’t seen him in his best and most powerful form and this could be said that he may step ahead in this list in a few months.

Although, we do have some pretty evident proves of how Orochi is the most powerful monster. Like the one when he easily disposed of Garou and how quickly he adapted Garou’s fighting style.

However, we’ve already had good hints at how powerful Orochi is. The best proof is how easily he was able to dispose of Garou while facing him and how quickly he was able to adapt to Garou’s fighting style.

Saitama’s self-appointed personal disciple and another strong character. Saitama is able to get Genos through an ultimate cybernetic experiment. The special thing about him is that the more he gets damaged the stronger he returns.

This not only makes him incredibly powerful but also is a possessor of sheer power because of the energy emitting blasts features. Through his recent upgrade he was able to defeat the Forest King.

The one with the greatest sheer power, endurance, and brutality- Garou. Over the years he has been successful in defeating uncountable heroes and monsters, even the S-Rank-Level opponents.

Garou is a character who hardens our work in ranking him as he has shown weakness against opponents like Watchdog Man, who is the possessor of some unique fighting styles.

However, on the other hand, he has fought against Bang and Orochi and surprisingly survived. He was able to stand against Saitama’s attacks in a half-dead state.

Silver Fang aka Bang is in the top 3 of the S-Class heroes. Though he is old, all his determination towards martial arts still keeps him in excellent health and shape. His fighting style is called the Water Stream Rock Smashing Fist.

Apart from Saitama, he is also one of those who can stand and win against a Dragon Class villain, effortlessly. His age and experience brings in a lot of wisdom to the series. Similar to Garou, he also attacks people’s weak points.

Tatsumaki is literally different and unique from everyone else in this list, this is because her powers are not visible during normal hand-to-hand battles.

She is the second-ranked S-Class hero who is extremely powerful and possesses the ability to control entire cities with her psychokinetic skills.

This keeps her in an interesting position because from all the characters ranked above her we have never seen her face off against anyone.

As her fighting styles are unalike to anyone else, it is not exactly known who would win a battle, the ones ranked above her or her.

Golden Sperm is the one with far superior levels than Black Sperm and was easily able to overpower a weak Tatasumaki. He also has great resistance toward physic powers and possesses a thick spirit.

It is a well-known fact the Blast is considered stronger than Tatsumaki and deserves acknowledgment for this. In the series, we see that he cleverly dealt with Elder Centipede when no one else was able.

Moreover, he is agreed to be humanity’s last resort to fight against evil. But sadly we still haven’t seen what he can do.

Ranking no.2 in the list of the powerful characters and is the strongest alien. When he is in Meteoric Burst Mode, he is capable of launching Meteor force attacks and this we know from the Databooks.

We also witness his powers when in just a single punch he set Saitama flying in the air and also damaged a huge area behind him.

The strongest character in the One Punch Man series is Saitama. He is the only person to ever break his limiter and experience a whole new world of limitless physical strength.

His powers and abilities rocketed as soon as the limitations broke. In his training sessions, he was always extremely determined and desired unlimited power.