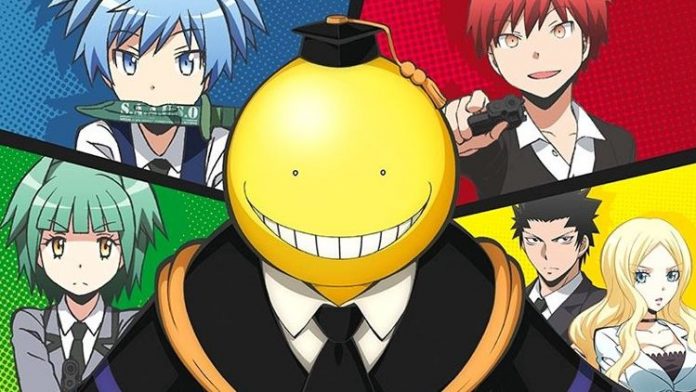 Laughter is the best medicine and is the only thing that can turn your bad days into great ones. This is possible because good humor has immense potential to create an impact on a viewer’s mind.

The Hulu streaming service has various anime series in its library, although when it comes to comedy anime there isn’t much option. Still, from the ones available there are some which are worth your time. So, without any further addon, here is a list of the 10 Trending Comedy Anime Available on Hulu!

The Wallflower is a series that shows the struggles a girl faces while going through the transformation of becoming a lady from a girl. The protagonist Sunako Nakahara has no liking towards any beauty-related things after she got rejected by her crush because of her appearance. She chose to boycott anything feminine and adapted everything having a resemblance to the occult.

Further in the story, we see that she is sent to her aunt’s home where she encounters four handsome boys.

These boys have been entrusted by her aunt, with the responsibility to help Sunako evolve into a decent lady and if they do this she will let them stay for free. From here on, begins Sunako’s struggles to adapt to feminine traits and manners.

Baka & Test is a series that shows a mindless boy’s journey trying to prove his worth in his school. The lead character is Akihisa Yoshii who is a student in an academy where the class division is solely based on the grades a student achieves.  Akihisa was not such an intelligent student, consequently, he was placed in class F.

This class did not have access to any elite facilities, the furniture was ancient and worn out were class A had an air-conditioner along with decent furniture.

Moreover, in class F he makes two friends Mizuki and Yuuji. These three have been friends since freshman year. Akihisa is tired of being in this class and decides to increase his ran in weird ways. This is going to be an immensely hilarious journey!

Space Dandy is saturated with whimsical clowns and the series shows a whole circus of them. The protagonist Dandy by profession is an alien hunter who gets rewards by capturing strange and mysterious aliens from all around the universe.

However, every time he finds one he is obstructed by Zombies, cute orphans, mysterious ramen chefs, and all these encounters end up in disasters.

Maid-Sama is a funny story depicting the way how one can get close to someone’s heart. Seika High School has recently been transformed into a co-ed high school, it was initially an all-boys school. The protagonist Misaki Ayuzawa is the first female student council president. She is known all over the school as the Demon President because of her strict and disciplined personality.

However, Misaki also lives a life that is completely different from the one she has in school. She works as a part-time maid at a cafe in order to meet her family’s needs. This secret of hers is soon discovered by Takumi Usui.

Takumi Usui is the most popular boy at school and blackmails her by saying that he would spread this information in every corner of the school if she doesn’t do as he says.

Ouran High School Host Club is series showing a female protagonist struggling in a boy’s disguise to pay off her debts. Ouran Academy is a Nobel school where Haruhi Fujioka is admitted without any special title or rank which consequently makes her the most unique of all students.

On her way to someplace she thought she could study in peace, she accidentally barges into the Host Club. the Host Club is led by Tamaki Suou who has a royal appearance and is accompanied by other unconventional students. This club has been established to entertain girls.

Haruhi is forced to join the club as a punishment for breaking an eight million worth vase and she is immediately accepted in the club because everyone was mistaken by her masculine appearance. Thus begins her journey of doing things she never expected to do.

Assassination Classroom is a series which beautifully displays the importance of a teacher in one’s life. The students of Kunugigaoka Middle School  particularly the ones from Class 3-E have been given the responsibility to eradicate a strange creature which has cut one portion of the moon.

However, this creature is not the class teacher of 3-E and is called Koro-sensei and surprisingly it is the best teacher the class has ever had. Moreover, the assassination of it seems near to impossible because he can fly at the speed of Mach 20.

4. The Devil is a Part-Timer

The Devil is a Part-Timer is a hilarious story of the Demon Lord Satan of himself. Satan is in the mood to conquer the land of Ente Isla but due to a hero named Emilia., has to pass through a dimensional portal into the human world.

With bare minimum magical powers, Satan take the appearance of a human and names himself Sadao Maou who works at a fast-food restaurant. But eventually as he is the Demon Lord he deuces to climb up the corporate latter and become the ruler of the world.

My Love Story is the lovely story you have been waiting for your entire life. Takeo Gouda the protagonist, after saving a girl named Rinko Yamato from a groper in a train immediately falls in live with her. But he gets hints that she is interested in his best friend Sunakawa and so decides to be their middleman while his love still persists.

One Punch Man is a strong representation of the that success can only be achieved through hard work. The lead character Saitama has transformed into a new immensely strong man after many years of persistent training, but in these years he has gone bald!

He does not find any pleasure anymore in defeating his enemies because he can beat them with just one punch, hence the name One Punch Man. along the way he meets Genos who desperately wants to be his disciple. Genos then extends an offer before Saitama to join the Hero Association and get the title of a certified hero and Saitama agrees.

The divine combination of tragedy and comedy is Gintama. The Earth has been invaded by aliens and a restriction on swords has been ordered, which is a huge ignorance towards the Japanese samurai community.

However, the protagonist Gintoki Sakata still has firm spirit of a samurai, which can be contradicted by his fascination with sweets and work as a yorozuya. Furthermore, he has some accomplices named Shinpachi Shimura, Kagura, and their oversized pet dog, Sadaharu, on his journey of doing some disregarded jobs.