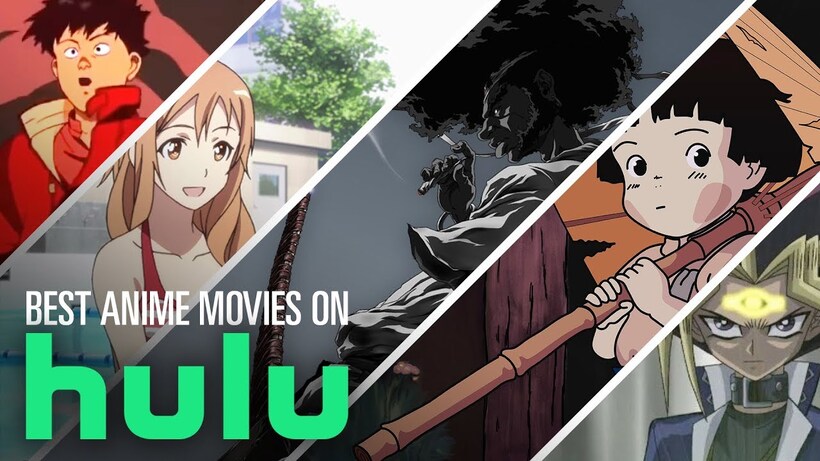 Romance is not such a famous genre in anime series but it has the ability to appeal to all your senses and feelings. From butterflies in the stomach to gut-wrenching heartbreaks, romance anime is a full package and roller coaster of emotions.

So, here we are with the 10 Best Dubbed Romance Anime on Hulu!

Kamisama Kiss is a cute, strange, and funny series. This is something you can watch anytime, anywhere. It is a perfect casual watch because of its striking balance between romance and comedy.

The protagonist is Nanami Momozono who is a simple and good-natured girl. But due to her father’s debts, she is abandoned from her house.

After this, she is shown saving a man’s life from a dog, and as a reward for her kind act, she is gifted with a run-down shrine. The shrine turns her into a shrine deity and resides with Tomoe, Onikiri, and Kotetsu who are other known of the shrine.

Gradually she begins to fulfill her divine duties and in this process, she catches feelings for Tomoe

Nanami and Tomoe’s relationship is perplexing, romantic, and funny, all at the same time.

Golden Time is different from the usual romantic anime series. The difference is in the plot setting. A common romantic series is mostly set in high school but this one is set in college, which gives a touch of maturity.

The story is about Tada Banri, who is a college student and he suffers from amnesia that was caused due to an accident that happened in the past. He literally remembers nothing about his hometown or his past moments.

Mitsuo somehow starts to get his memory back and commences with a new college life and in this new beginning, he starts to feel something for Koko.

Clannad is like a package of deep meaning and romance. This series is about finding purpose in a meaningless life.

It is a very simple coming-of-age plot with the protagonist as Tomoya who learns how to bear responsibility because he comes in a position where he has to take the burden.

Tomoya Okazaki a troublesome boy who decides to bunk his high school along with his friend Youhei Sunohara.

One day while going to school he encounters a weird girl who keeps talking to herself, Nagisa Furukawa. He and Nagisa become friends and eventually, he starts helping Nagisa revive the school’s drama club along with four other girls.

After this friendship, Tomoya starts realizing the meaning of his life by helping Nagisa and the other girls.

There is definitely no other series that presents the interaction of two tsunderes in a better and funnier way than this one does. The basic hilarious thing is to see the extreme energies of two teenagers work in counter of each other.

The main characters, Miyuki Shirogane and Kaguya Shinomiya are the student council, president, and vice president respectively of the auspicious  Shuchiin Academy. Kaguya is going to inherit all the wealth of the Shinomiya empire.

She is excellent at everything she does. On the other hand, Miyuki is the ace student in the whole academy and is extremely respected by all.

It is obvious that they both have developed feelings for each other but none of them is willing to confess. The thing is that the first one to confess will be the loser and will be looked down upon.

The slow-building romance in the series is refreshing and worth it. Both the main characters do not realize their true feelings until the end of the series.

Ryuji Takasu, a second-year high school student has a poker face and is often mistaken to be a playboy or mischievous one. His best friends are Yusaku Kitamura and Minori Kushieda.

One fine day he meets Taiga Aisaka a cute girl with a ballsy personality. Now, the plot is twisted. Taiga has a crush on Ryuji’s best friend Yusaku who in turn has a crush on Minori.

They all make a deal to set each other with their respective crushes and see where it leads. But what did they know how serious this would become.

5. Snow White with the Red hair

If you like a medieval setting this is your jam. Snow White with the Red hair is mainly appreciated because of its basic plot and not too complex execution. The English voice cast has done a fantastic job in maintaining the essence of the series at par with the sub.

The protagonist Shirayuki is a herbalist with red hair. She lives in the country of Tanbarun and is a happy independent girl until her red hair is noticed by Prince Raj the ruler of the Tanbarun kingdom.

He orders Shirayuk to be his mistress. Unwilling to sacrifice her freedom Shirayuk cuts her hair and runs away to the adjacent country of Clarines. She is able to run away with the help of Prince Zaji and his two aides.

To repay his kind favor she works hard and takes the position of the court herbalist and eventually develops a bond with the prince.

4. Rascal Does Not Dream Of Bunny Girl Senpai

Anime series can have pretty weird concepts and the best suggestion would be to just let go of the technical aspects of the plot and focus on the characters.

The protagonist Sakuta Azusagawa is a high school-going student who has suffered from the seriousness of the Puberty Syndrome and knows the struggle first hand.

Along the way, he meets a girl who is also a victim of Puberty Syndrome and he helps her get through it.

The story is about love and sacrifices. Takeo is the epitome of one-sided love and painful sacrifices.

Takeo Gouda is a high schooler with a tall physique and a muscular body. But this is just his outer appearance. His inner personality is contrary to his exterior, gentle and warm-hearted.

There is an incident in which he saves Rinko Yamato from a groper. Rinko Yamato is a shy girl and Takeo falls for her. But Rinko is in love with his best friend Makoto Sunakawa who is also a charming guy.

When Takeo finds this out, he selflessly decides to root for them.

Maid-Sama is just an exceptional piece of content. There are many famous stories of opposite characters coming together, but I think this is the best one.

Misaki Ayuzawa the female protagonist is the mean and strict president of the Seika Highschool, which has recently converted into a coed

Misaki is renowned as the Demon President all over the school because of her bitterness and malevolence towards the male students in the school.

The twist in the story is her secret. Her secret is that she is a worker at the Maid cafe! which is literally against her behavior and personality at school. But we know that she does this to support her

Furthermore, Usui Takumi the most happening boy in the school finds out her secret and blackmailed her to do as he says or else he will reveal her secret to everyone in the

Gradually, Usui becomes a regular at the cafe and connects closely with Misaki.

1. Your Lie in April

This series will give you the slow pain. Prepare yourself to be deeply engrossed in the story and then to be left in tears towards the end.

Your Lie in April follows an extremely talented childhood prodigy named Kosei Arima. Kosei Arima is an amazing piano player but stops playing it because of burnout and the death of his mother.

Further in the story, he meets a free-spirited and carefree girl named Kaori Miyazono. Kaori Miyazono is a startling and sensational violin player, plus she is everything Kosei is not in terms of music. Through this encounter and with the help of Kaori, Kosei rediscovers his music.

For a full satisfactory feel, I would suggest you research some songs used in the series, beforehand.  Knowing the history of the musical pieces will result in better understanding and feeling. 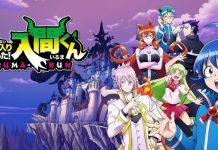 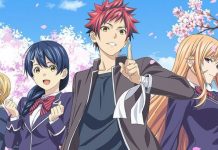 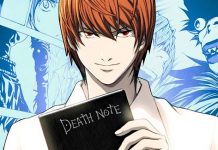