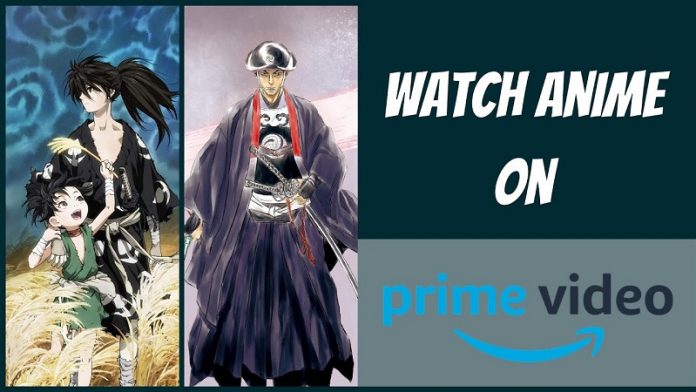 Fanservice in anime is often criticized. But why, fanservice is made to please the audience, FAN-SERVICE! Duhh!

Fanservice can be a merry distraction and release of stress. It can be short to be just perfect for mere entertainment. We don’t always have to watch intense drama or battle stories.

A little off-track steam wouldn’t hurt anyone. Aimless entertainment can be very useful after a day of blood and sweat.

From the wide range of fanservice anime available on Amazon Prime, we have selected the 10 Best Fanservice Anime On Amazon Prime.

Shimoneta is an absurd but funny one. The plot is based in a world where the government has banned any obscenity to such an extent that all the citizens have to wear gadgets.

But our protagonist becomes a part of a group that is hell-bent on being against the government by spreading unethical material.

The anime has no bounds on dirt jokes one after the another. This may be funny but be cautious to watch this alone.

Kiss Him, Not Me is funny to the guts. The protagonist of the series is Kae Serinuma who is the interest of four handsome boys. This happens because she lost an incredible amount of weight after the death of her favorite anime character.

The twist is that instead of thinking about herself with anyone of the boys, she imagines the boys being in love with each other.

There is no doubt that all the boys are super hot and fruit to the eyes.

Ouran Highschool Host Club is the story of Haruhi Fujioka who gets reeled in into joining the host club after breaking a costly vase. It is a hilarious ride from then on as we get to see all the normal activities of the host club.

You won’t be able to stop laughing. The series is a reverse-harem and a rom-com.

The cherry on top, every member of the Host Club is a pretty high schoolboy.

Banana Fish is the story of a thug in New York going by the name Ash Lynx and a Japanese student who is on a trip to America named Eiji.

They both connect when they are on a mission to unravel a deadly drug. The anime is filled with action, dark elements, and trauma.

In terms of fanservice both the boys would never disappoint you. Even the antagonist in the series Yut-Lung is stunning! They all can break the heart of all fujoshi.

Seven Deadly Sins is the story of Elizabeth Liones on the journey to save her kingdom by finding the seven deadly sins.

She is accompanied by the leader of the legendary warriors-Meliodas. The story may not be solely fanservice-focused but still has an amazing plot. You will be entertained throughout because it has just the right amount of fanservice and drama.

This is the perfect series to blow of some steam with comedy and fanservice.

The story starts when only four boys in the Hachimitsu Academy are found peeping in the girls’ washroom. They are immediately locked up in the Prison school. From here on you on a ride of extra ecchi comedy, fanservice, and bromance.

Free is a story about swimming rivalry. Haruka Nanase forms a swimming team taking his two friends Nagisa and Makoto whom he knows since elementary school. On the other hand, their third friends get allured by the rival team.

Free is more than just saturated with sexy, handsome, ripped boys who spend an incredible amount of time in the pool. What else can you as for?

Yuri On Ice is around a figure skater Yuri Katsuki, who luckily ends up being trained by his idol, Viktor Nikiforov. Their sweet relationship evolves over time and it hurts when it ends. Their pure relationship is just bliss to the eyes.

Yuri on Ice is just unparalleled when it comes to fanservice. From Viktor’s steamy hot spring shots to Yuri’s transformation. Everything is oohhlala!

To Love-Ru is follows the story of a high school boy named Rito Yuki whose life takes a drastic upside-down flip because of an alien princess- Princess Lala Satalin Deviluke.

It is a famous harem and ecchi anime. With senseless entertainment, slapstick comedy, and a fair share of fanservice in every episode, you will love it.

The story is about a girl named Ryuuko Matoi who comes to Honnouji Academy in the search of her father’s killer. She bravely challenges the minions of the student council president. These people were known as the Elite Four.

However, Ryuuko was unable to defeat them and so was going to be the victim of their superpower of granting Goku Uniforms. But just in time, Ryuuko meets Senketsu or God Clothes which grants her extreme superpowers.

The whole revealing clothes thing is a major part of the Kill la Kill plot.