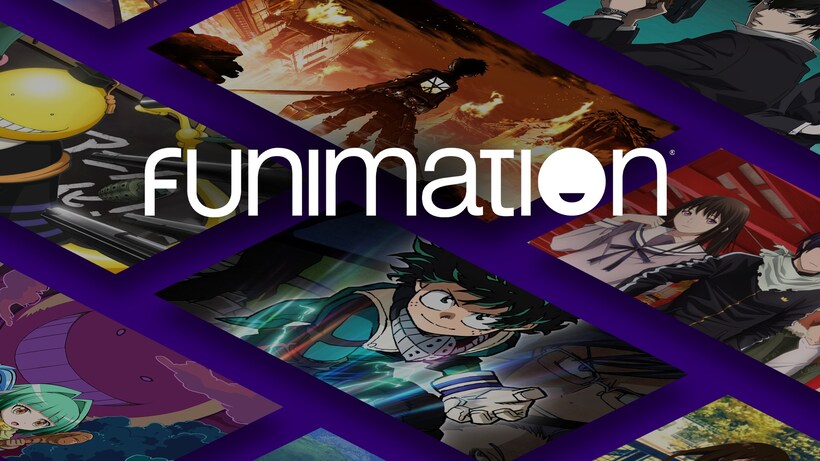 Most of the romance anime series are set in a high school and this makes them relatable to people across all ages.

Love is a common feeling and we all like to experience or feel it even though it may be in a series. A well-written romance is what goes the heart going. Surprisingly, romance anime series are very well dubbed, almost at par to the original one.

Want to experience the feeling of love but don’t want to read subtitles? Here is the List of the Best Dubbed Romance Anime on Funimation!

The 2000s did not have much of stories build on human and robot interactions. But Chobits broke this chain and came out with a simple but unique plot.

The protagonist, Hideki Motosuwa is a student studying to ace his university exams and has a dream to own a persocom. A persocam is an expensive personal android computer.

One day while going back home, he finds a persocom which can speak only one word- “chi” and this eventually becomes its name. As that persocom is a defective piece, Hideki decides to teach Chi about the world around her.

But later he realizes that Chi may be a Chobit. Chobit is a high technology special model which can have and understand real human emotions.

This is a story about a 23-year-old figure skater named Yuri who lucky get the chance of being coached by his idol Viktor Nikiforov. Yuri had given up on figure skating because of a series of lost games.

But when the opportunity comes to be trained by the famous Russian figure skating champion Viktor Nikiforov, he does not miss it. We see Viktor and Yuri bonding and Yuri preparing himself again to win the Grand Prix title.

The romance aspect in the series is quiet visible and their chemistry is appreciated.

What is the greatest guilt a person can have? It has to be the guilt of not saving someone when you had the chance to. This series has a simple execution with deeper meaning embedded in the plot.

Naho Takamiya is the main character, who receives a letter at her first day of the second high school year. The letter is addressed to her from her future self. She knows that the letter is real after reading that it explains the current events.

The letter tell her to take care of Kakeru Naruse, who is a transfer student and is regretful about her past life decisions and wishes to correct her mistakes. Mainly it is to protect Kakeru as she will not be there around in the future.

The dubbed anime series of the 2000s had the quality of being funny in a very non decent way. But this one is different. It is classy and embodied all the rom-com reverse harem elements we know.

The main character Haruhi Fujioka is a middle-class student in the renowned Ouran Academy, on scholarship. One day, she accidentally breaks a 8 million yen vase and to repay she is forced to join the Ouran Host Club.

Apparently. Ouran Host Club consists of a rich boys with astounding looks and who are entertainers for girls at the school. Haruhi’s boy like looks and natural ability to serve fascinate the other boys.

The boys mistake Haruhi to be a boy and let her be a full-time host at their club.

6. Snow white with the Red hair

This series is set in the medieval times of simplicity. It has a basic plot and the character are not something new or something you haven’t seen before.

Whilst there is nothing game changing brought to the screen but the execution is just purely simple and beautiful.

Shirayuki is the protagonist who has red-hair and lives in the country of Tanbarun. She is a cheerful, happy and independent girl who comes into notice of Prince Zaji- the emperor of the Tanbarun kingdom.

Struck by her hair and beauty he order her to be his mistress.

Of course, she is unwilling to do so and in spite of this oppressive command she cuts of her hair and escapes to another town with the help of Prince Zaji and her two aides.

Grateful of Prince Zaji’s kind help, she works hard and becomes the court herbalist in his kingdom. Gradually the Prince and Shirayuki come close.

5. Anohana: The Flower We Saw That Day

This series has the plot and potential to make you cry. Anohana has strong characters, emotionally centering themes and a slow development. The execution is such that you literally feel what the character is feeling.

The protagonist Jinta Yadomi is a lone wolf who likes to spend time awau from his school and play video games in peace.One fine day, he sees his best friend Meiko Honma, who has been dead for six years now.

Entirely convinced that he saw the ghost of his best friend and has to fulfil his friend’s final wish. But he doesn’t remember the wish.

So, Jinta reunites his friends group to solve this problem and fulfill the wish. All hi friends are initially reluctant but then take mutual responsibility of the death of Honma.

Toradora is a fun show that is a mix of serious moments, goofy interactions and wholesome relation. The satisfaction does not come until the last arc but this is worth the wait.

The gradual discovery of the true nature of the relationships existing between the characters makes the show pretty interesting.

Ryuji Takasu is a second-year high school who is always mistaken to be a mischievous student because of his intimidating face. Yusaku Kitamura and Minori Kushieda are his best friends.

One day he meets a girl who look cute and has a gutsy personality, her name is Taiga Aisaka. She reveals that she has a crush on Ryuji’s best friend Yusaku, where Yusaku has been crushing on Minori for a long time now. These confusing liking make them decide that each one will be paired with their crush and it will be seen what relation turns into.

These heavy concerns are domestic abuse, isolation, suicide. Along with an interesting and meaningful plot, all the main characters in the series possess astounding depth to them.

Tohru Honda is the protagonist of the series and is shown as a  happy and gleeful girl who is compelled to live in a tent because of her severe family conditions.

Unknown to her she was residing on a land owned by the auspicious Soma Family. One day she encounter Yuki Some the “prince”of the Soma family and his older cousin Shigure in her school.

After a dangerous strom, Tohru finds herself living with the Soma Family. While her stay she discover a dark secret that has been in the family from a long time.

The secret is that if an opposite sex hugs any member of the Soma family member, they turn into Chinese Zodiac animals.

2. Your Lie in April

Your Lie in April is an overwhelming story with a heart-breaking end. The series is saturated with musical performances and for the best experience I would suggest to research about some songs beforehand because knowing the history of the musical piece will give a better understanding of the scene.

The protagonist Kosei has the best character growth and the catalyst of this flourishing is Kaori.

Kosei Arima is an excellent piano player right from his childhood. But he stops playing the piano because of burnout and the death of his mother.

On the other hand, Kaori Miyazono is a carefree and free-spirited violinist who is the exact opposite of Kosei, in musical terms.

Eventually, they both meet each other and after meeting Kaori, Kosei’s passion for music rejuvenates and he improves himself again.

Spice and Wolf is the best dubbed romantic anime series! The series has an intense feeling because of the top-noth interaction between Holo and Kraft.

This is also the result of the splendid dialogues made for the characters. Apart from the romantic aspect the series is also refined with humongous insights on the economics of the medieval time merchants.

The story follows a 25-year-old boy merchant named Kraft Lawrence who transports goods from one town to another on his cycle. In the future he wants to own a shop and for that he desires to make enough money.

One day he meets a powerful wolf deity named Holo. She is the town’s goddess for harvest. But recently she is being ignored by the town people. So, she decides to accompany Kraft and travel across different places and discover economic opportunities. 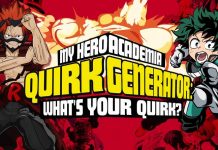 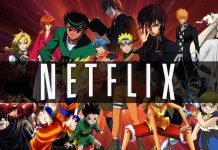 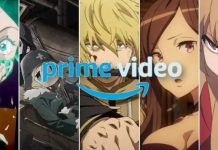