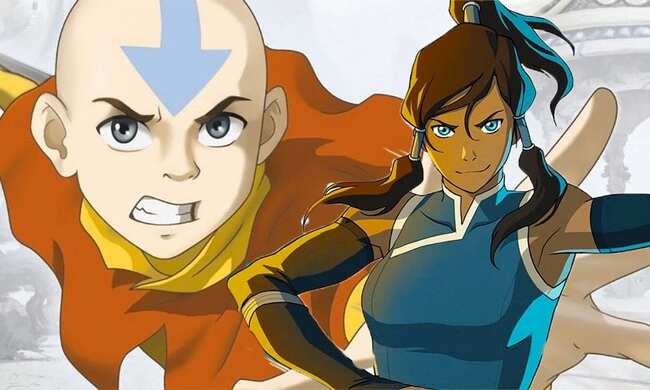 Anime that come under the Shonen genre is the most popular and most-watched. Along with this, the fighting feature induced in these anime elevates the genre. There are literally thousands of different universes made and numerous or let’s say all sorts of powers created in this universe.

There are many things in a power system that make it good, such as creativity, strength, drawbacks, and limits. In this list, we have scrutinized the 10 strongest power systems in Shonen anime!

By the time Dragon Ball Super’s released, the original concept of the power source of the franchise has been forgotten, i.e., Ki. Ki is the source of energy or life of the characters in the series. If someone takes out this energy, he/she can exploit it and utilize it outside the body.

Ki is the energy that gives a level up to the combat abilities of the person using it and for the advanced users’ Ki can help them release plasma from their bodies in the shape of explosions, blades, etc. This energy source has more than four variations and each variation provides significant strength and abilities.

The power system in Bleach is that every character has some amount of Reiryoku present in their soul. Higher reserves mean a stronger basis of power. Reiryoku is a raw element that is used to create powers in Bleach. On the other hand, Reiatsu is the physical force that Reiryoku creates when it’s released.

This is what Bleach’s power system is made of. This system is unique because by enriching or increasing your power reserves, these reserves in turn assist you in using more powerful abilities. However, this system is placed so low because as the series went there were many new systems introduced and stacked upon one another.

The idea of the series is that the characters are born with “quirks” or powers, but anyone can be a hero with the right amount of training. In the late 21st century, there were some humans who could innately express their distinctive talents like the ability to fly or telekinesis. However, later through the years, more than 80% of the human population was born with these talents and then all started calling these “quirks”.

This is an interesting power system because while some people have decent strong quirks like superhuman strength, some are born with some shockingly creative quirks. Such as, the quirks to manipulate flesh into meatballs, though this is something not so pretty to watch, for sure it is unique. Quirks are at the 8th position because however cool they may be it can take years to master them.

Bending is an out-of-the-box and unknown power systems. It is different because in all the other anime one power is overpowering over the other but in Bending all elements are equal. One can only be stronger by more effort and skill.

An important thing to note is that the characters in this series don’t actually possess this power, instead they have to use martial arts to influence it according to their choice. Along with this, all the four elements apart from physical nature, represent different personalities, philosophies and cultures.

In Jojo, Stands are the major power systems. Stands are manifestations of someone’s life energy.

Consequently this is something unique and results into some really interesting powers and battles. This power system has been listed in the Top 10 because of the Stands’ volume and variations. Not that there aren’t any basic Stands like Star Platinum and Silver Chariot that can move fast but there are other which can help neutralize luck. Accordingly this also means, that there is no such thing as power scaling. If you can destroy one person, there are many out there with powers that can easily overthrow you.

“Equivalent Exchange.” This is a compulsory and strict rule and it is only because of this that Fullmetal Alchemist is one of the best. The characters in this series understand this saying “Nothing comes without a cost” better then anyone else.

If a person wants to use this power, he/she has to sacrifice something. There needs to be a bargain in order to perform Alchemy. As Alchemy is science based, the characters have to learn and study the mechanics of it. There is a strict set of rules like the  transmutation circles by which the characters channel their powers.

In Black Clover, the characters control their magical powers through a Grimoire. The unique fact is that everyone in the kingdom regardless of their standards and posts is able to get one. So, basically a Grimoire is a book received by each mage when they turn 15 years old.  This book includes their personality traits and al the magic spells that would go with their personality.

There is a set of spell/pages with come with it depending in the person’s luck and skill, everyone can still unlock new ones. This means that even after having different Mana levels and different styles of using the Grimoire, anyone can become strong. There is a clear reflection of the theme “surpassing limits” in the series.

The Devil Fruit system in One Piece is an unique and holistically developed power systems. Normally, other power systems depend upon personality, genetics, books but here either you can stumble upon one or go hunt for one. However, the drawback is the either you can end up with a completely useless power or a greatly powerful one. Another huge drawback is that once someone consumes the devil fruit they cannot swim ever again.

Although this is a restraint, devil fruits help you wield immense powers and gives room for a lot of creativity.

The Chakra power system in Naruto is a very well explained one because from all the other anime this has had the most time to showcase the system. In the Naruto-versus Shinobi can  maneuver a blend of physical and spiritual energy called “Chakra”. This can be done through utilizing three major Jutsu’s- taijutsu, genjutsu, and ninjutsu.

Moving along, Chakra is made from various elements. By discovering which element is most suitable, the user can practice many Jutsu’s that are in sync with it. The system becomes more interesting when we get to know that there are certain limitation on how much Chakra can one use. Even Naruto, the character possessing colossal amounts had limits.

Nen is unofficially the best power system from all the other Shonen anime. The Nen power system from Hunter X Hunter has a very well drafted basis and gives its user great powers but of course there are setbacks to it.

This has a set of rules and a maximum limit, which means it becomes difficult yet intriguing to know a character would examine their power to gain more. Nen is based on user reflection and the flexibility during a war. This makes the concept of rejuvenation seem very ordinary.