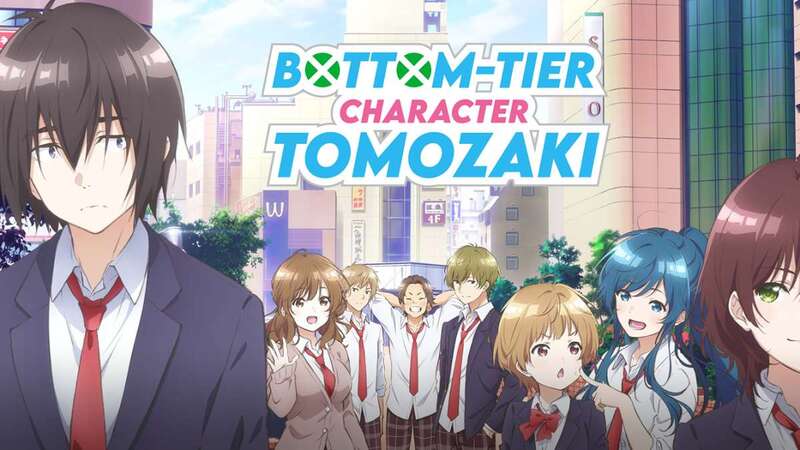 Bottom-Tier Character Tomozaki is a typical rom-com anime that initially starts with a group of character tropes and a protagonist who believes in reality. The topics that have been highlighted in the series are surprisingly creative. There is a certain understanding reflected towards psychological problems especially related to difficulty in accepting the reality

The plot of the series is quite predictable so we don’t see it crossing the lines of the traits of the genre. However, it is a worthwhile watch with attention to intricate matters of life and deep characters sided with light humor.

Here are some Anime Similar To Bottom-Tier Character Tomozaki

The protagonist is a high school student named Hikari Tsutsui, who is an otaku content along with some 2D girls from anime and games. There isn’t much socializing in his life. He has only one friend, Yuuto Itou who is his classmate and is obsessed with wearing cat ears and games.

One day, Hikari is late for school and consequently is given the duty to clean the school pool. There he meets Iroha whom all the other girls hate because she is known to steal boyfriends. There she suddenly announces being Hikari’s girlfriend. Watch the series to know what leads to.

Satou is tired of this lifestyle and wishes to escape it. Watch the series to see how to get away from all this after meeting a girl named Misaki Nakahara.

The lead character is a twenty-seven-year-old jobless man named Kaizaki Arata who quit his first job due to some personal reasons. One fine day, Kaizaki encounters a member of the ReLife Research Institute, Ryo Yoake, and suggests him to be a test subject in the research institute.

He participates in an experiment where he is given a pill that will turn him into a 17-year-old boy. Watch his whole reliving of the childhood experience in this anime.

04. Haganai: I don’t have many friends

Kodaka Hasegawa is the lead character in the series and on the very first of his school, he is taken to be a bad boy because of his blond blackish hair and fierce-looking eyes. One day he crosses paths with Yozora Mikazuki who is shown as a loner having no friends. Together they create a Neighbours Club which will aim towards helping people make friends. Watch the series how their life changes completely after this club.

The protagonist Hikigaya Hachiman is a high school student and is also shown as an outcast. However, non of this bothers him because he prefers to live a life of a loner. But his happy days don’t last long because his literature teacher and guidance counselor enforce him to be a part of the Volunteer Service Club. Watch his life transform after joining the club.