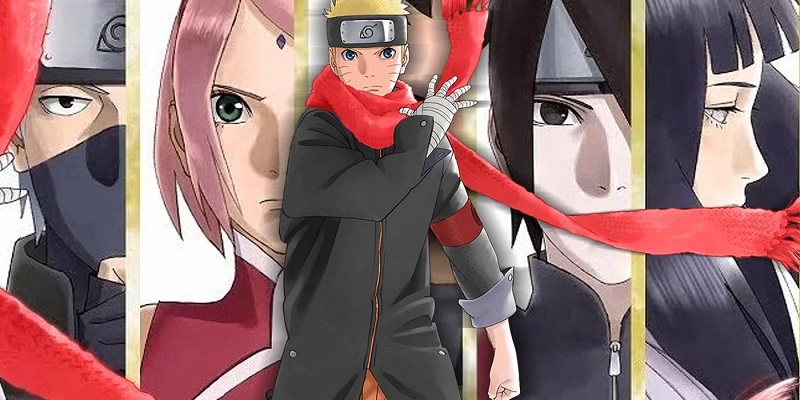 After being hooked with Naruto for the past so many years, any fan’s worst nightmare is Naruto’s death. From the time Boruto’s first episode aired everyone has been tensed regarding Naruto’s death.

In any shounen anime, a logic is followed which is that any 1 parent of the protagonist in this case Boruto’s parents must die in order for him to shine.

According to the series, Naruto already had one death flag but it was pretty clear and explicitly said that Naruto will leave us. Here is what we have gathered from the manga.

During the last chapters of the manga, Naruto and Sasuke are suppressed by the powers possessed by the Jigen. In this situation, Naruto becomes impotent and orders Sasuke to leave the scene.

Later in the scene, Jigen traps Naruto in a capsule-like thing in another spatial dimension with the help of rods and seals.

1. Does Naruto Escape the Limbo?

The leader of Kara was the last boss and non of us can believe that. Although the man was not alone because he was shown to be the vessel of Isshiki Otsutsuki.

Later we get to know that Isshiki was just messing around with them and he never wanted to after Naruto instead his aim was Boruto and his karma.

Fans all around the world skipped several heartbeats when Kawaki’s hand fell off but then everything came back to peace when the prosthetic arm started showing meaning that Naruto is alive. With the help of Boruto Kawaki was able to sense his chakra and by untangling their chakras he was able to create a portal.

After many difficulties caused by the Shikimaru, somehow Team 7 was able to cross the portal in order to save their Hokage. But things are not so simple.

The first character they meet is Boro who is an extremely powerful individual and they all were utterly shaken by him.

He then informed all of them that merely just forcefully opening the capsule won’t work for Naruto’s safety, instead, they had to defeat him first.

This was not an easy task as Boro is no normal human he is a monster with rejuvenating abilities. When I write monster, I literally mean it because at some point in time he started transforming into a mutant.

So, to defeat Boro, Kawaki and Boruto merge their karma together to produce a portal that would be used to connect them to the inner core of the capsule. Luckily, inside the coffin, Naruto was alive but unconscious.

Somehow still Naruto is living in a danger zone and is basically not safe. Naruto is about to loose something extremely essential in this arc.

Throughout the series we have seen some crazy powered villains who are almost undefeatable. For example the one who was a sadistic psychopath the one and only Isshiki Otsutsuki.

His powerful extend to another level where even the holy combination of Naruto, Sasuke, and Boruto could not defeat him.

After this shocking situation, Kurama put forward a suggestion to activate the Baryon mode.

Though there is a set back to the Baryon mode that is, Naruto will surely get enhanced powers and the opponents life force would decrease but this will have also have some bad effects on the user.

If Naruto wants to decrease the life span of his opponent he will have to give some kind of sacrifice with his own life.

Ultimately, Naruto decides to go ahead with this in exchange for a new transformation that helps him overpower Isshiki.

The later moments of the battle is just depressing. The actual sacrifice was never to be Naruto, it was Kurama. However, till where we know Naruto he would have never consented on using the Baryon mode.

It was Kurama who tricked Naruto in an indirect way to agree to it. However, it is very hard to believe the Kurama is no more.

There are no such official indications regarding Naruto’s death but its still not sure because Masashi Kishimoto is now all over Boruto.