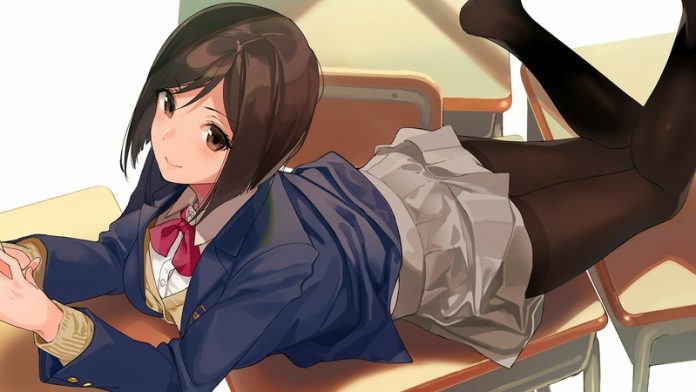 This list is for all the Tights fans out there because there are series like Miru Tights that are existent in this world. It is one of those ecchi anime which has been specially made to serve some particular fetishes.

There is no such intriguing plot or depth to the plot when it comes to anime like Miru Tights. They only have the decent amount of fan service with some cute girls. So, if you have already seen Miru Tights and are looking for something similar here is a list of the 6 Ecchi Anime like Miru Tights!

This is another no plot, only fanservice anime. Hinako the protagonist is the 16-years-old-girl who displays some of her best ways to sleep. This anime is just showing a cute girl in bed rolling to sleep for 49 minutes.

Interestingly, if this is not enough, the anime has two more versions one which shows exercises and the other which displays after-bath stretches.

5. Iya na Kao sare nagara Opantsu Misete Moraitai (I Want You To Make a Disgusted Face and Show Me Your Underwear)

As mentioned above these anime don’t tend to have any concentrated plot, so in Iya na Kao sare nagara Opantsu Misete Moraitai there isn’t any story as such.

It’s just a group of women dressed in various costumes with their underwear visible while making a disgusted face.

This is an interesting one. One Room is a subjective POV anime that allows the viewers to put themselves in the shoes of the protagonist. Accepting that this is a strange one, where the viewer is a voiceless protagonist experiencing a relationship.

The protagonist here is a cute and oblivious high school girl named Asuka. She is unaware of the fact that the things she does may seem ordinary to her but are sexually arousing for others.

The series shows Asuka and her daily routine life activities which are innocent and sexually alluring for men surrounding her.

Getsuyoubi no Tawawa is an anime build with breasty female characters. Their breasts were literally against the physical laws and were always shown bursting out of the bras for no particular reason.

People usually perceive that anime cannot be catering to realistic levels when it comes to fetishes, but I would suggest you reconsider this though as you watch HenSemi.

The lead character of the story is Matsutaka Nanako who is an ordinary university-going, student but as the story progresses we see that she join a club when she is after a good-looking guy. To her surprise, the club is a fetish researching club.