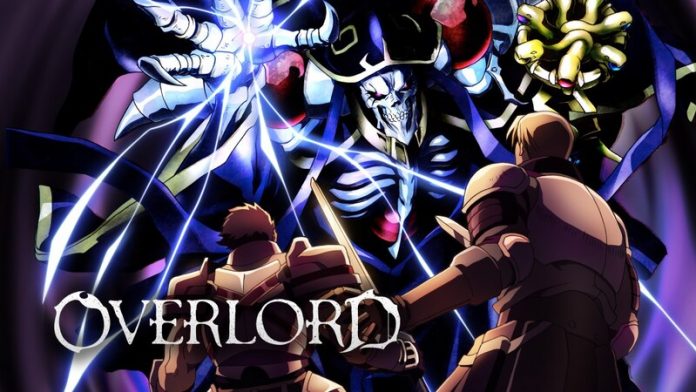 The isekai genre of anime is now built on basically one concept that the player gets trapped into a video game. However, Overlord is the anime that sets itself apart from the others in this genre.

The story shows a player who has to choose between opting either for the good route or the bad route and in some instances choose the route to do whatever you want to do. Overlord’s protagonist chooses the route which allows doing whatever he feels like.

Whatever actions the character decides to make gives us the vibe of an antagonist but actually, he is playing the game exactly how it is supposed to be played.

It is a relaxing feeling to watch something out of the ordinary where the hero is shown saving the world, sometimes we need an anti-hero to entertain us. Keeping the same thought alive, here is a list of 5 Anime Similar to Overlord.

01. Youjo Senki (The Saga of Tanya the Evil)

A Japanese salaryman dies through the hands of a god-like being which he named Being X out utter disrespect. This happened because the salaryman was an atheist and this being regarded himself to be God.

As a consequence of not having faith in God, Being X reincarnates the salaryman as a girl names Tanya Degurechaff in a magical world of war.

The condition is that if Tanya does not fie naturally and refuses to have faith in God the reincarnation cycle would break and she would be eternally doomed in hell.

The protagonist is a MMORPG manager and it is called the Infinity Game. Akira Oono has been running this game from the past 15 years and now decides to shut it off.

Strangely, when the time comes to close the game Akira is transported to the game as an in-game character in a fantasy land. When he enters that he world, the first thing he witnesses is a demon attacking a girl named Aku.

After he rescues Aku, he realizes that in the game everything except his appearance id different. So he sets out on a mission to find out how did he get into the game and makes Aku is accomplice in the journey.

Japan is now renamed as Area 11 by the Holy Empire of Britannia after they conquered over Japan and proved themselves to be a dominant military nation. The lead character is a student named Lelouch Lamperouge who has grudges against the rules of the empire.

One day he is found stuck between the Area11 and empire army crossfire. Luckily he is saved by a girl named C.C’s appearance and she gives him the power of Geass.

This power enables him to have control over anyone who directly stares into his eyes. Moreover with this power, Lelouch decides to disguise as Zero and seek revenge against the Britannia empire.

The lead characters are a sibling duo Sora and Shiro, who are shut-in NEETS and spend their whole time playing games. Their game name is Blank.

The series shows that they receive a strange email challenging them to game of chess and as any competitive players they accept the challenge. The email takes them to a fantasy world in which they come across Tet, the God of Games.

Tet takes the siblings to a world where to resolve any conflict games are played the winner of the game wins the conflict.

The protagonist is Ryouta Sakamoto lives with his parents and is a shut-in. The one single achievement in his life is that he is the top player of Japan in a popular online game named Btooom!

One day, all the peace of his life is snatched away when he suddenly finds himself alone on an island which is in the middle of nowhere.

After waking up he discovers a green crystal embedded in his left hand and he has no memory of how he came to this island. After he meets some other people with the same green crystal he realizes that the Btooom! Game has been recreated.