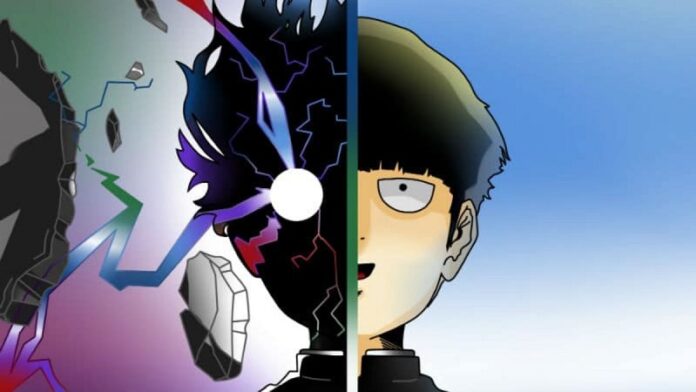 It has also been accessible online since December 2014 on Shogakukan’s MangaOne mobile app. As of July 2016, Mob Psycho 100 had around 1.2 million copies in circulation.

In December 2016, an English dub created by Funimation. The series is interesting with great characters. It’s an action-comedy and supernatural anime series.

Shigeo Kageyama is an eighth-grade student. He has psychic abilities. He had been able to bend spoons since he was young. He could also carry objects with his brain.

Gradually, he started to withhold himself from using his abilities in public. He also started repressing his feelings.

Nobody can forever suppress their feelings. The mob tried to burn him up to get the emotions out of him. The only thing he needs now is to befriend Tsubomi, a pretty girl in his school.

He pursues his middle school life under the precepts of his doubtful religious master. The name of his master is Reigen Arataka.

Will he achieve his actual goal, or will he be prevented by one of his competitors or fears? Keep watching to find out.