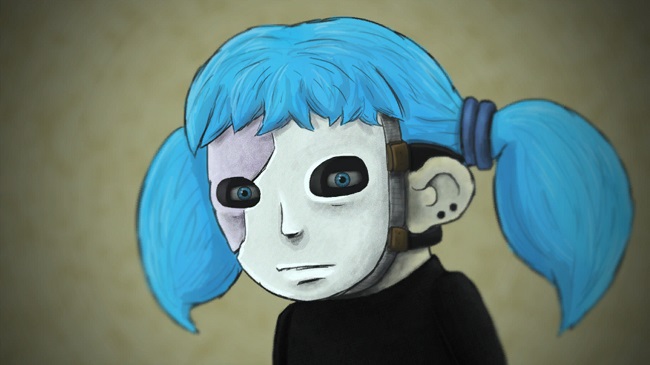 Pretty straightforward achievement, you just have to finish the episode.

This achievement will require you to find all of the notes in the chapter. Some are easier to find than others. I’m not entirely sure if Note 5 is necessary for the achievement, but I thought I’d include it anyway.

Note 1: “Summary of Cultist Notes 03-05” – On the table next to where Ashley and Neil are first talking.

Note 2: “Maple’s Corruption” – On the couch in the basement of Neil’s house.

Note 3: “The Final Prophecy of Citlali Grey” – Inside the shed by the computer.

Note 4: “Todd’s Notes” – By the computer to the right of the backpack after picking up Neil’s C4.

Note 5: Ashley’s letter found on the kitchen table when playing as cartoon Sal.

Note 6: “The Devourers of God” – Found by the computer when playing as claymation Sal.

Another simple achievement, all you have to do is input the correct code into the shed when Ashley is retrieving the package. The code is the same as it was in episode four – 4035364 – then press E on the keypad.

In order to get this achievement, you’ll need to get all optional dialogue with Jim Johnson plus the dark and light rooms next to the stairs leading to him. Luckily, there aren’t too many you’ll need.

1. Enter the house in the void and enter both dark and light rooms on either sides of the staircase. Go up the staircase and speak to what remains of Jim Johnson. After speaking to Jim for the first time, interact with him once more before going through the door he reveals. There will be one extra line of dialogue.

2. After solving the first pyramid pattern as Ash, Sal will end up back in the house with the doorways. Before moving on into door 3, interact with the light and dark room, followed by Jim and exhaust all the dialogue options.

3. This one is similar to the previous step. After completing the second pyramid pattern as Ash, Sal will once again be teleported back to the house. Enter both the light and dark room before returning to Jim, Speak to Jim before entering door 4 and exhaust all dialogue options once again, and you’re done!

For this achievement, you will first need to find six hexagons hidden throughout the game. You’ll find three of them playing as Ashley, and three playing as Sal.

1. As Ashley, move to the far left of the graveyard. There will be a black hexagon with five green dots on it. You can find this hexagon during the opening scene of the game, when Ash goes back to the graveyard and finds Sal, or after Ash gets struck by lightning and is heading back to the temple.

2. As Ashley, enter the bathroom to the far right of Neil’s home. In the left corner will be a blue hexagon with a single white dot.

3. As Ashley in the Phelps temple, enter the East hall. You’ll find a white hexagon with three blue dots underneath a red banner.

4. As cartoon Sal, enter Sal’s room. to the far right under the bed there will be a purple hexagon with two black dots.

5. As 3D Sal, head to the very bottom left of the woodland area. You’ll find a green hexagon with four red dots.

6. As Tim Burton style Sal, immediately head to the right away from the cave entrance. You’ll find a red hexagon with six purple dots.

After collecting all of the hexagons, continue the story until Sal and Ash get stuck behind a metal door in the temple. Sal will say he can find a way through, and head through a wood door nearby. You’ll find yourself as a claymation version of Sal and will need to solve a light switch puzzle. To the left of this puzzle is a bookshelf. Interact with it to open a dark passage and go through. You’ll find yourself in front of a door with the number 5 on it. Interact with it and you’ll see the different colored hexagons that you’ve been collecting. Input the hexagons in the order the dots on the hexagons represent – White, black, blue, red, green, purple, then the 0. Enjoy some backstory.

This achievement is simple enough, but can be a bit frustrating. In order to unlock Escaping Death, you need to do just that – not die or get any Game Overs throughout the chapter. This includes not getting caught it the temple as Ashley, as well as the multiple fights as Ash, Sal, and Larry. The fight portions are pretty easy, but due to the auto saving aspect of the game, if you die the game will most likely save and then you will have to replay the whole chapter and try not to die all over agin. To minimize this, I suggest you play through the chapter once and memorize the fights as best as you can. The attacks always come from the same direction, so it shouldn’t be too hard to remember.

After the patch update made on 12-14-19, this achievement is now unlockable in languages other than Russian. The exact method is still a bit unclear, but this is what I did in order to unlock it.

This achievement requires players to get 100% of the achievements in episodes 1-4. Progress can be seen in the game menu’s achievement section.