Pokemon fans, get ready for the next exciting episode of “Pokemon: Mezase Pokemon Master,” as episode 3 is set to air on Friday, January 27, 2023. The episode will be available to watch at 6:55 PM JST on local networks such as Tokyo MX, TV TOKYO, BS Asahi, and others.

In the previous episode, Ash had a reunion with Misty and both of them were determined to catch Clauncher. To decide who would be able to capture it, Ash and Misty had a battle, with Politoad facing Corphish.

In the end, Politoad emerged victorious, making Misty the winner and the one to catch Clauncher as her own. The episode ended with Misty joining Ash on his journey.

In Japan, Pokemon: Mezase Pokemon Master episode 3 will be available to watch on local television networks such as TV TOKYO, Tokyo MX, BS Asahi, and a number of other platforms. For fans around the globe, Crunchyroll is a great option, depending on their location.

Don’t miss out on the latest episode of “Pokemon: Mezase Pokemon Master” as Ash, Misty and Pikachu continue their journey to become a Pokemon Master. 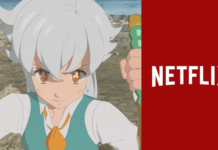 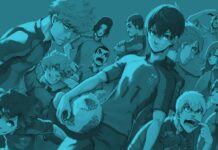