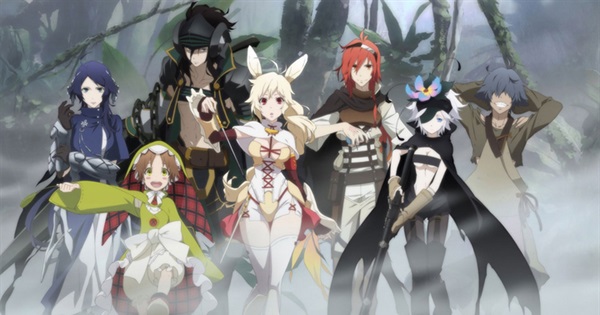 Naruto is the most recommended anime on Earth, according to almost everyone. You should seek out some cultured friends if you aren’t familiar with Naruto. As soon as he was born, a monstrous creature, Nine-tails, was sealed within a kid named Naruto Uzumaki.

Naruto is a hyperactive kid who lives in Hidden Leaf Village. Although he has Nine-Tails enclosed within him, the villagers, for this reason, shun him. Naruto seeks to become the village’s Hokage, the village chief, but struggles to find his place.

This anime is like Breaking Bad for anime fans. Attack on Titan is definitely the best new generation anime series. World-renowned for its incredible plot twists, animation, and storyline, Attack on Titan is a worldwide phenomenon.

As a friendly rival to Naruto, One Piece is somewhat similar. Both series are considered the Big 3 of their time, along with Bleach. One Piece remains the only continuously-produced anime of the era. One Piece’s hype is real, but well-deserved as well.

One Piece is about a boy named Luffy and his crew who go on an adventure and discover dark mysteries, go on daring adventures, and confront dangerous opponents in the pursuit of the most coveted fortune- One Piece.

This anime is truly one of a kind. I find it rather unfortunate that the manga has been off for almost 900 days now. HunterxHunter is a fantastic action-adventure anime that is totally true. Dark Expedition Arc, the arc going on now in Hunter Hunter, is something fans cannot miss, so it is worth the wait for the hiatus to end.

The plot is excellent, the fights are fantastic, and there are almost no plotholes. Edward Elric and Alphonse Elric, two boys who did what was taboo of human transmutation in this world, are the characters in the story about Fullmetal Alchemist. Alphonse’s body was destroyed while Edward’s was amputated.

Their quest to find answers to how they can regain their bodies now involves each brother going on various Fullmetal Alchemist adventures.

In the Big 3 there is only Bleach left. The Big 3 of their generation were Bleach, Naruto, and One Piece, because no other anime was able to challenge and dethrone them. This anime tells the story of Ichigo, who became a Soul reaper after protecting his family against a Hallow.

Despite her worth, Rukia is unable to retain her skills as a Soul Reaper. Ichigo’s current task is to hunt down the hallows that taint their town.

I would say that Vinland Saga is an underrated anime series at the moment. Compared to My Hero Academia and Demon Slayer, it has some similarities and is sometimes even better. Definitely an anime worth watching. Vinland Saga tells the story of Thorfinn, son of Thor.

After seeing his father murdered by pirate Askeladd, Thorfinn vows to exact revenge. Thorfinn must take revenge on Askeladd from the chaos created by the battle between England and the Danes.

Technically, this is not an anime, at least not yet. As part of MAPPA’s anime series, Chainsaw Man features action manga. We recently saw the trailer for Chainsaw Man, and the buzz is real. There are some who believe it could compete with Jujutsu Kaisen, the best anime of the newest generation.

There is a story in Chainsaw Man about a man named Denji who was murdered by a devil working for a yakuza. In exchange, Denji was granted the power of the chainsaw devil, having merged with Pochita. This has inspired Denji to accomplish everything he has dreamed he could.

It is a wonderful vintage anime, Cowboy Bebop. In a space western setting, Cowboy Bebop is a sci-fi anime series. There is a theme of exploring uncharted territory in this series.

This action comedy, starring Spike Spiegel and Jet Black, embarks on various adventures with his crew while balancing high-density action and light comedy. Designed as a tribute to the smooth and improvised music that inspired it, Cowboy Bebop is a space Western classic.

10. That Time I got reincarnated as a Slime

This one is special, for Isekai fans. Tensei Slime, also known as That Time I Got Reincarnated as a Slime, is an Isekai anime. There are many fans of this anime, making it one of the biggest Isekai anime.

Isekai anime usually does not have a great story line, relying instead on fanservice to bring in viewers. Tensei Slime is an exception because it has an excellent plot, excellent characters, and a great fight scene. Satoru Mikami is stabbed by a random assailant in That Time I Got Reincarnated as a Slime.

The Storm Dragon, a slime reincarnated in another realm, befriends him. As his new adventure unfolds, he gradually alters his fate, freed of his previous mundane existence.

On the top of my mind are these best action-adventure animes. In addition to those listed, there are lots more. Please share your thoughts in the comments section.