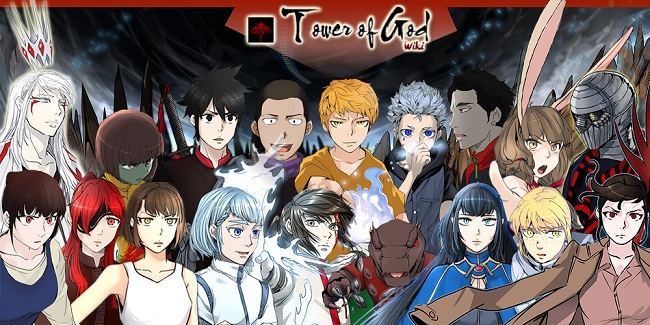 Fans have loved Tower of God manhwa for years now and it is still going strong. In this beautiful world full of adventure, you will never be bored. In 2020, an anime adaptation was released, and it was loved by fans everywhere.

You probably want to read more manhwas similar to Tower of God if you had such an enjoyable time reading it. Well, we will not make it hard for you to find a manhwa like the Tower of God. You can find one (list) right here.

1. Dice- The Cube That Changes Everything

The webtoon Dice is already one of the most popular out there, so since you’re looking for another Tower of God-type manhwa, why not give this one a go?

Dong-tae is a character who is dealing with a tough life. His inability to face his bullies directly stems from being bullied by others consistently. Sitting next to Tae-bin, he finds a strange cube constantly with Tae-bin. This cube might be the key to Dong-Tae’s happiness?

Similarly, Dice provides some memorable moments. Dice’s Dong-tae shows the same feelings towards Eunjoo that Bam did towards Rachel in Tower of God. In general, if you’ve already read Tower of God, it may be worth reading this manhwa as well.

A manhwa full of surprises, Soul Cartel is an excellent read. The story amazes you with a plot twist just when you think you understand it all. One can’t help but wonder how it came to that.

The accident that killed their parents left Sihoon living with his only sister. The boring and ordinary life he leads changes when he comes into contact with Mephisto, a ghost seeking Faust. What will his life be like after this encounter? Will it provide comfort or bring him more troubles?

Once you finish reading this manhwa, you’ll want more. Like Tower of God, it is an adventure-based manhwa based on a supernatural theme. So, you should check this one out.

You may have seen a webtoon or manhwa in which the concept of isekai is presented in an entirely unique and creative way. In MMORPG games, Lee Hyun is known as God of War, and this manhwa follows him as he leads the Legendary Moonlight Sculptor cult.

He decides to sell his character when his family is in financial trouble. After a while, he gains access to a unique character that can only sculpt things.

You might think it’s just another simple story, but trust me, you’re going to love the way they depict it. The setting and characters are reminiscent of the Tower of God. You must check out this amazing manhwa similar to T.O.G.

The setting of Kubera reminds me of a Chinese manhua, so it makes it stand out from other choices. In Sura’s world, humans are ruled by gods. Kubera is a prophecy child born in the human realm.

Her goal is to become the strongest, despite her birth in a small village. After she returned to her village, the high-ranking Suras had burned it to the ground. Having committed the crime, now it’s her turn to avenge them. Does she have the strength to stand on her own?

The Tower of God has a lot of similarities, including how it divides people based on their birth. The story is epic and you’ll have a hard time finding a manhwa with a female protagonist very often.

In a similar manner to Tower of God, Dungeon Reset is a manga about leveling up. The only person to repeat a dungeon countless time is Jung Daeun, who is trapped in a dungeon that resets constantly. As a result, he develops some great abilities as each reset happens. This allows him to benefit from a newfound freedom during his quest.

In comparison to Tower of God, Dungeon Reset isn’t as dark or as deep, but it is still exceptional. We included this manhwa on our list of manhwa like Tower of God because of its similarity to tests and getting stronger through experiences

In other words, if you haven’t encountered this manhwa yet, feel glad you have. You won’t regret reading it.

Manhwa UnOrdinary is nothing like your average manga. This story is set in a world where weak people with no abilities are trampled upon. Can you imagine what it would be like if John Doe, the protagonist, had no power in this world? Perhaps he can start over when he finds a book named “unOrdinary”? Or might the book end him?

Once you get started, this manga will capture your heart. Initially, it lacks pace, but once you do, you’ll be hooked. Not only is the story captivating, but it is also an excellent piece of artwork. Similar to Tower of God in a sense, it is a manhwa.

7. The God of High School

There aren’t just martial art skills involved in this manhwa, but also magical abilities that add to its appeal. It has some epic moments just like Tower of God, and just when you think things can’t get any better, a plot twist is introduced.

In other words, if you haven’t read this amazing manhwa yet, you need to do so now. The Tower of God’s manhwa is similar to this one.

When Gang Ryoung hears about the murder of his master, he discovers that the master’s own disciples were responsible. Despite swearing to kill them all, none of them are alive to begin with. Having no other means to support himself, he ends up working as a dumpling delivery boy. Will this allow him to live the life he wants?

There are some similarities between Gosu and Shinsoo in Tower of God, regardless of its different world-building or characters. From the very first chapter to the end of the first half, you’ll see why it’s such a great manga like Tower of God.

It has some flaws, but also some significant merits, so you definitely need to check this one out.

Manhwa The Gamer showcases a wholesome of abilities and offers you a glimpse into some clear character exploration. We follow Jee-Han, who suddenly gains the ability of a gamer and starts comparing his level with those around him. Nevertheless, great power is not without its risks. Who could possibly give him such an amazing ability? He is always in danger.

There are many elements of manga and manhwa that are similar, including elements like free-space and instant dungeons. This way, you are able to read two types of manhwa, which are similar but different.

There are tremendous fights and humor in this manhwa, so you must add it to your list as soon as possible. Taking ‘The Gamer’ as an example, we present it as an example of a manhwa similar to the Tower of God.

There is no manhwa like Tower of God but this manga is one of the closest. Gon Freecs (who used to live on a whale island) leaves the island to find his father. His father abandoned him when he was born in order for him to become a hunter. As a result, Gon also became a hunter.

Battles in Hunter x Hunter are a true masterpiece. Occasionally, there are moments even more epic than those in the Tower of God. In some ways, it has the same setting and characters as well.

Therefore, if you are not into manga-related stuff, you should still read this manga since it is one of the best ones like Tower of God.

Having experienced the joy of reading the manhwa Tower of God, we are not minimizing the experiences we recommend now. You are sure to enjoy these webtoons because they have unique stories and personalities.

This list is specially compiled for people looking for a great manga like Tower of God, so we hope you enjoy it. Feel free to leave a comment on the article if you have any thoughts on it.