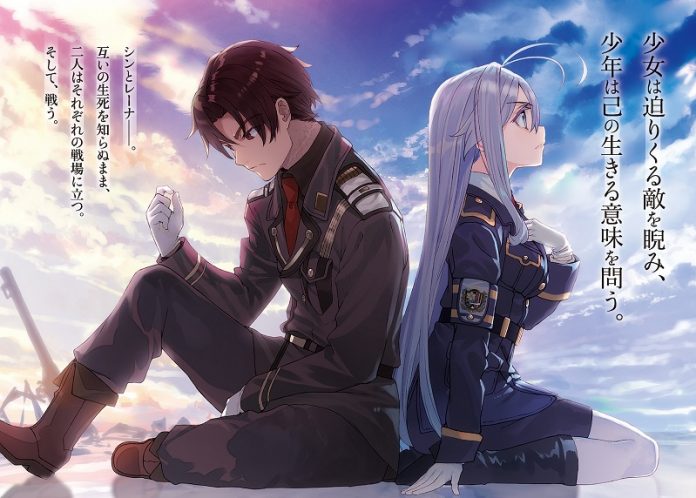 This series is based on the very high admired Asato-Asato novel. The novel is a light sci-fi-macha drama and is already in the Spring 2021 Anime releases.

The story is saturated with romance, war, race, battles, class discrimination, child soldiers, and child labor. Read on to know more about the series, but don’t worry no spoilers.

The story is, for nine years now The Republic of San Magnolia has been at war. Their enemy is The Empire of Giad which has developed Legions- a powerful machine to fight against the Republic and surely this machine has caused immense damage to the Republic military.

But this goes on only until the Republic designs their own was a machine called the Juggernauts to smack down the Empire.

Juggernauts is said to be a completely autonomous fight machine and it is also perceived that it has been stopping all the human casualties successfully, whereas this is a lie.

The Juggernauts is actually operated by the Child Soldiers called the 86. Basically, the Republic of San Magnolia consists of two races- the light-skinned majority called the Alba and the darker-skinned minority called the Colotrata.

For centuries Alba had been dominants over Colorata and has been exploiting them to unimaginable levels, this is because the minority race is considered to be subhuman.

The 86 sectors of The Republic has Alba in 85 sectors and the last 86th banished sector is given to the Coloratas.

Now that the Juggernauts is made, the children of the 86th sector are forced to pilot the machine and fight against the  Legion until death.

Shinei “Shin” Nouzen is the main character in the series and is the captain of the 86th sector. His special ability is that he can somehow “hear” the movements of the opponent’s machines- the Legion’s.

Major Vladilena “Lena” Mirize belongs to the Alba community, is put in charge of leading the Spearhead Squadron and Shin to the battle together but he has to do his job from afar.

This ultimate battle series started airing in Japan on 10 April 2021, on Tokyo MX. The allotted time slot for the series to run is two hours and the producers decided to split this time instead of taking it continuously.

The platform where the series will be streamed in the West is still unknown. The director of 86-Eighty-Six is Toshimasa Ishii (Mirai, Anohana:

The Flower We Saw That Day). It is produced by A-1 Pictures and the fabulous scriptwriting is the excellent work of Toshiya Ono (The Promised Neverland). This series is a must-watch for all anime fans, but people who are soft-hearted be cautious.